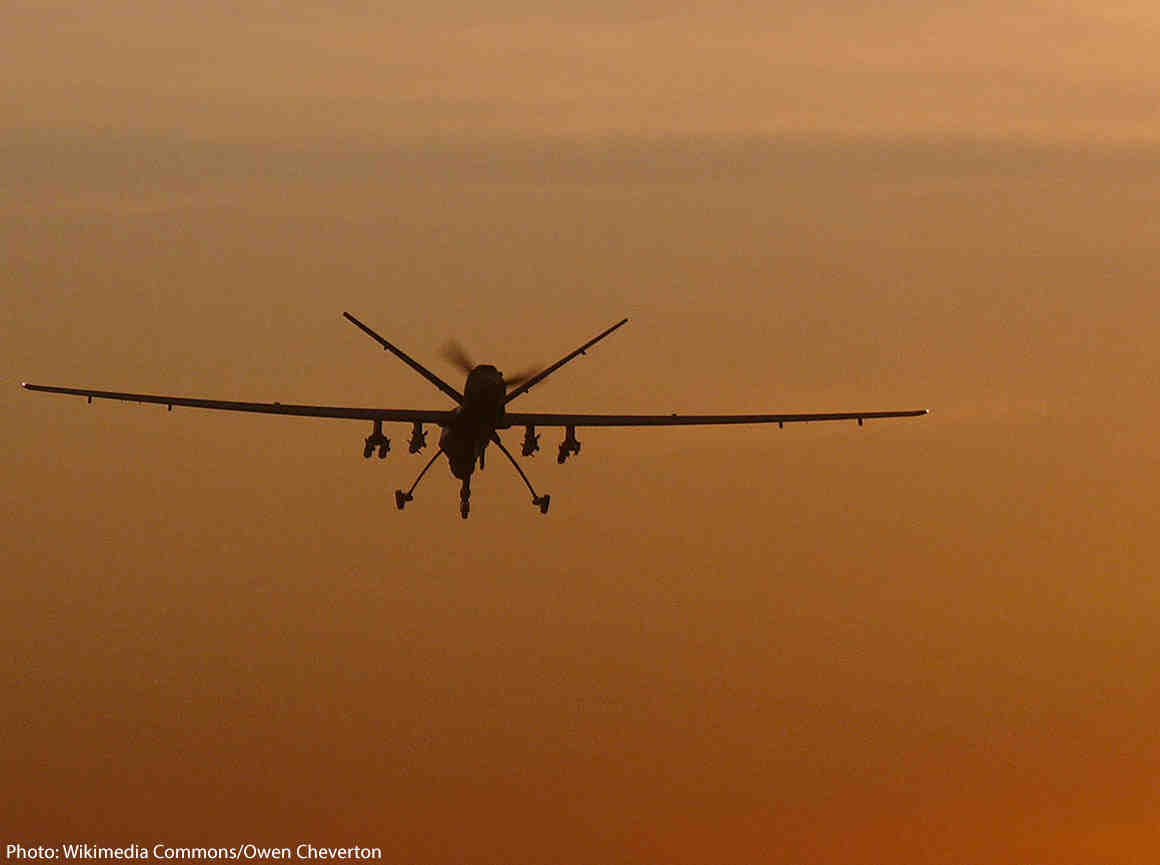 In October 2017, the Trump administration secretly adopted rules governing the use of lethal force in drone strikes and other killings abroad. These rules, known as the “Principles, Standards, and Procedures,” reportedly loosen Obama-era safeguards against civilian casualties outside “areas of active hostilities.” On October 30, 2017, the ACLU filed a request under the Freedom of Information Act seeking public disclosure of these new rules. When the government failed to release them, we filed a lawsuit on December 21, 2017, to force their disclosure. The government responded by refusing even to acknowledge that the new rules exist. We challenged this unjustifiable secrecy—and on September 29, 2020, a federal court ordered that the government cannot keep the existence of its new killing rules a secret. Our fight to expose the contents of the rules goes on.

The Trump lethal force rules modify the Obama administration’s rules, which were issued in 2013 and are known as the Presidential Policy Guidance (PPG). The Obama administration initially kept its rules secret, but we forced their disclosure through a previous ACLU FOIA lawsuit. That disclosure showed that the Obama administration was entrenching its approach of applying permissive law-of-war–based killing rules outside of recognized battlefields—where the law of war does not apply, but strong human rights safeguards against extrajudicial and arbitrary killing do apply. At the same time, the PPG included important policy constraints intended to limit harm to civilians.

In October 2017, the New York Times reported that the Trump administration had replaced the Obama rules with its own, called the “Principles, Standards, and Procedures,” or PSP. The Trump administration’s reported changes make it easier to kill more people in more places outside recognized battlefields, posing grave risks of death and injury to civilians. According to media reports, the Trump rules eliminate the requirement that a person must present a “continuing, imminent” threat to the United States before being targeted for killing, as well as a high-level vetting process previously required for each individual strike. We do not know whether the new Trump policy maintains other Obama-era safeguards, such as the requirement that capture of a suspect be deemed infeasible before lethal force is used.

The human rights consequences of the Trump administration’s rules for lethal strikes abroad are disastrous, and the public has a right to know those rules.