In Bostic v. Schaefer, the American Civil Liberties Union (ACLU), the ACLU of Virginia, Lambda Legal, and Jenner &amp; Block, LLP, represent a class of all unmarried same-sex couples in Virginia and all same-sex couples in Virginia who have already married in a different jurisdiction (the "Harris Class"). The class action was originally filed as separate litigation in the Western District of Virginia filed on behalf of Joanne Harris and Jessica Duff and Christy Berghoff and Victoria Kidd as class representatives for all same-sex couples in Virginia who wish to marry here or who have married in other jurisdictions. After a court in the Eastern District of Virginia struck down Virginia's marriage bans in Bostic, the Harris Class intervened as a party at the U.S. Court of Appeals for the Fourth Circuit to have its constitutional challenges decided as part of the Bostic litigation.

The Harris Class representatives are of Joanne Harris and Jessica Duff from Staunton and Christy Berghoff and Victoria Kidd from Winchester. Joanne and Jessica have been together since 2006, and have a four-year-old son, Jabari. Christy and Victoria have been together almost ten years. They have a baby daughter, Lydia. Their class-class action lawsuit alleges that through the Commonwealth's constitutional and statutory marriage bans and through Defendants' enforcement of them, the Commonwealth and Defendants send a purposeful message that they view lesbians, gay men, and their children as second-class citizens who are undeserving of the legal sanction, respect, protections, and support that heterosexuals and their families are able to enjoy through marriage.

Fourth Circuit Briefs by Other Parties

Fourth Circuit Amicus Briefs in Support of Schaefer and McQuigg

On Oct. 6, 2014 the Supreme Court denied review in all of the marriage equality cases pending before it. As a result of the Court’s action, same-sex couples in Virginia, Wisconsin, Indiana, Oklahoma and Utah will now be able to marry the partners they love. 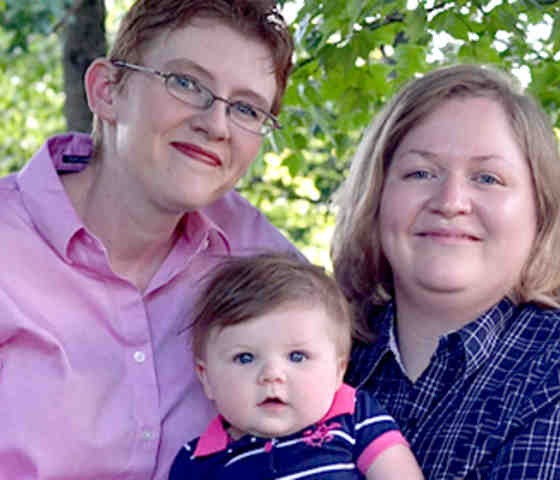 Christy and Victoria, both 34, were living in Ohio when they met online in 2004. 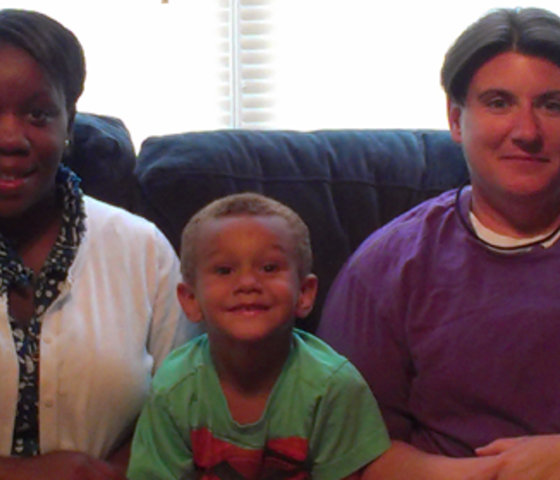 Lifelong Virginia natives Joanne, 37, and Jessi, 33, both grew up on farms – Joanne in Big Island, and Jessi in Augusta County.