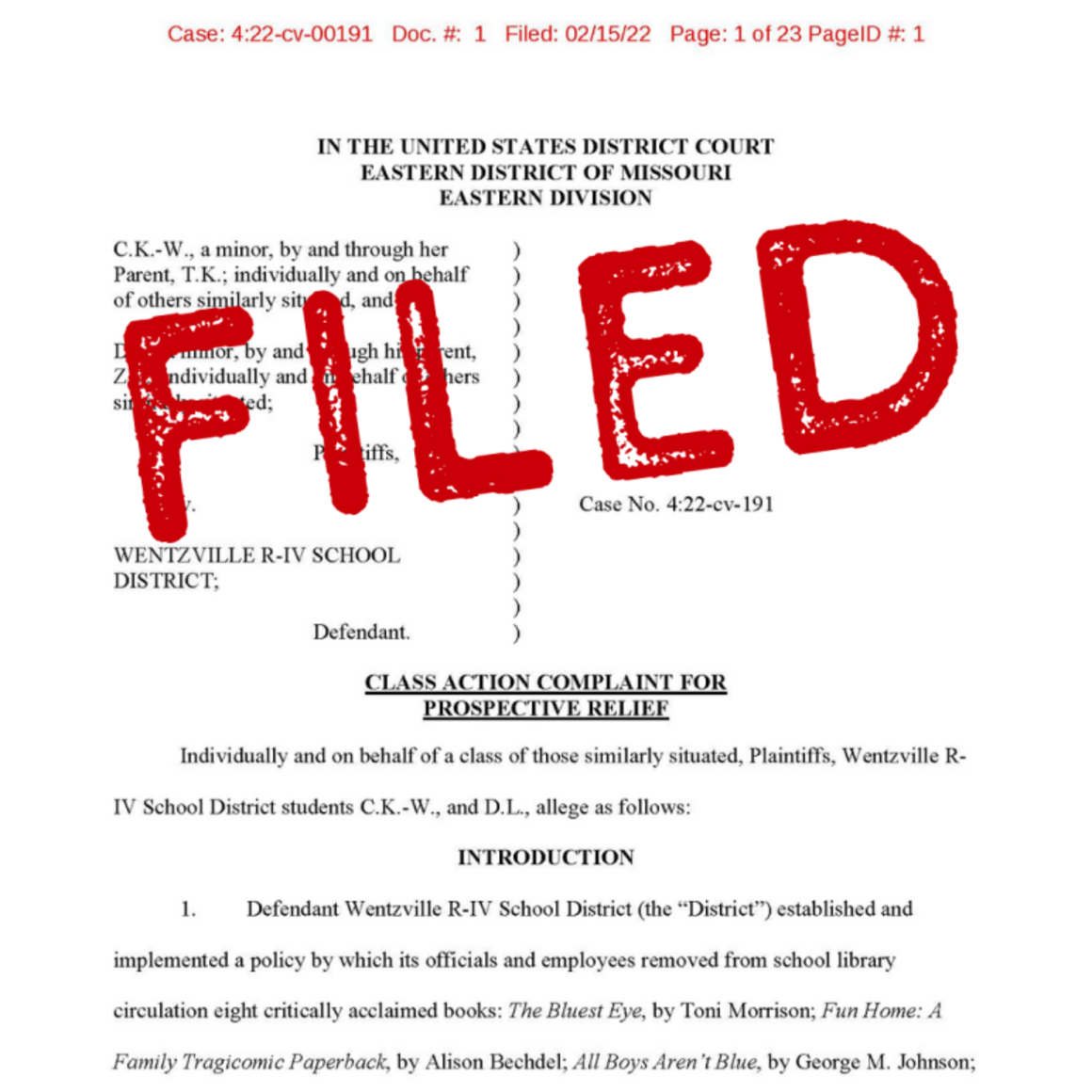 The American Civil Liberties Union of Missouri, joined by the National ACLU, filed a lawsuit challenging the Wentzville R-IV School District’s removal of eight critically-acclaimed library books that are by and about people of color, LGBTQ+ people, and other marginalized groups, as well as its policy requiring automatic removal of every book that any student, parent, or guardian formally objects to, regardless of the basis for or merits of that objection.

The First Amendment protects the right to access information—including students’ right to access information through school library shelves. Indeed, as the Supreme Court held forty years ago, the school library is “the principal locus” of students’ freedom “to inquire, to study and to evaluate, to gain new maturity and understanding.” Bd. of Educ., Island Trees Union Free Sch. Dist. No. 26 v. Pico, 457 U.S. 853, 869 (1982) (plurality). Nevertheless, school-board officials, lawmakers, and others across the country have recently accelerated efforts to ban books—especially those that engage with themes at the intersection of gender, sexuality, and race—from circulation in school and public libraries.

The plaintiffs in this case are two students in Wentzville schools, as well as the state and local subdivisions of the NAACP. The lawsuit alleges that the Wentzville district has violated students’ First Amendment right to access information by engaging in viewpoint-based removal of books. In addition, the lawsuit challenges the district’s policies, including those that require the automatic removal of any book once it is challenged by a parent, student, or guardian. This policy enables individuals who simply disagree with or disapprove of the contents of a book to restrict all students’ ability to access that material, at least while a formal review process proceeds.  As a result, community groups that object to the availability of materials by and about racial and sexual minorities have successfully targeted texts that center the experiences of Black, queer, and Latinx people.

The books that the Wentzville R-IV School District has so far banned pursuant to its policies include The Bluest Eye, by Toni Morrison; Fun Home: A Family Tragicomic Paperback, by Alison Bechdel; Heavy: An American Memoir, by Kiese Laymon; Lawn Boy, by Jonathan Evison; All Boys Aren’t Blue, by George M. Johnson; Gabi, a Girl in Pieces, by Isabel Quintero; Modern Romance, by Aziz Ansari and Eric Klinenberg; and Invisible Girl, by Lisa Jewell. All these books, which have received critical acclaim, engage with themes at the intersection of gender, sexuality, and race. While several of the books have been returned to school library shelves in response to this lawsuit, at least one remais banned—and the policies that require automatic removal of a book upon any challenge to it remain in place.

The case was filed in the Eastern District of Missouri in February 2022. In March 2022, the Plaintiffs moved for a preliminary injunction requiring the reinstatement of the banned books, and prohibiting the Wentzville R-IV School District from entertaining additional temporary or permanent bans pursuant to its current policies.