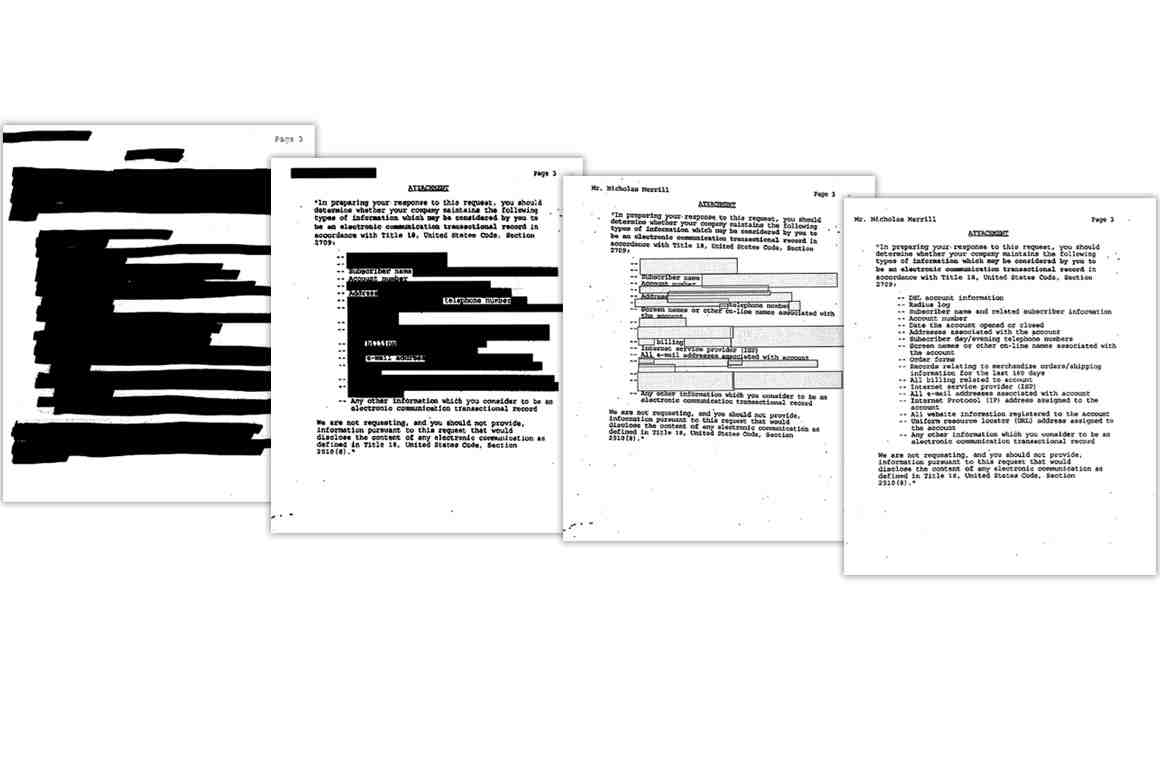 The National Security Letter (NSL) statute, which was expanded through the USA Patriot Act, allows the FBI to use NSLs to demand personal customer records from Internet Service Providers without any prior court approval or suspicion of any kind. 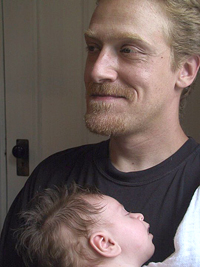 In 2004, the ACLU filed a lawsuit challenging the FBI's authority to demand records through NSLs and to gag NSL recipients from discussing those record demands. The suit — the first of its kind — was brought on behalf of a "John Doe" Internet Service Provider that had been served with an NSL and had been prohibited from disclosing — to anyone — that the FBI had demanded records from him. The lawsuit resulted in numerous court rulings finding parts of the NSL statute unconstitutional. As a result of a settlement agreement, the ACLU's "John Doe" client Nicholas Merrill is finally able to publicly identify himself and his former company as the plaintiffs in the case.

April 2004: ACLU files a lawsuit in the U.S. District Court for the Southern District of New York on behalf of "John Doe."

September 2004: District court rules that the NSL statute is unconstitutional under the First and Fourth Amendments.

March 2006: With the government appeal of the district court's September 2004 decision pending, Congress amends the NSL statute, remedying some of its problems but worsening others. In particular the statute's gag provisions were made even more oppressive.

May 2006: The appeals court sends case back to the district court to consider the constitutionality of the amended gag provisions.

September 2007: After the ACLU returns to court to challenge the amended gag provision, the district court strikes down the entirety of the NSL provisions of the Patriot Act, ruling that the NSL statute's gag provisions violate the First Amendment and the principle of separation of powers.

December 2008: The appeals court upholds the district court's September 2007 decision in part, finding the portions of the statute violate the First Amendment. The appeals court also rules that the government must justify the more than four-year long gag on the "John Doe" NSL recipient in the case.

August 2009: After the government attempts to justify the continuation of the gag on Doe by filing secret documents with the court (which not even Doe's lawyers had any access to), the court orders the government to partially disclose its secret filing and to release a public summary of its evidence.

October 2009: The district court rules that the government can continue to enforce the five-year-old gag order on Doe and that the FBI can continue to suppress an "attachment" to the NSL Doe received.

November 2009: ACLU files motion for reconsideration with respect to the continued suppression of an attachment to the NSL Doe received.

August 2010: As a result of a settlement in the case, the FBI partially lifts the gag on Nick Merrill, the ACLU's client and the first NSL recipient to challenge the records demand.