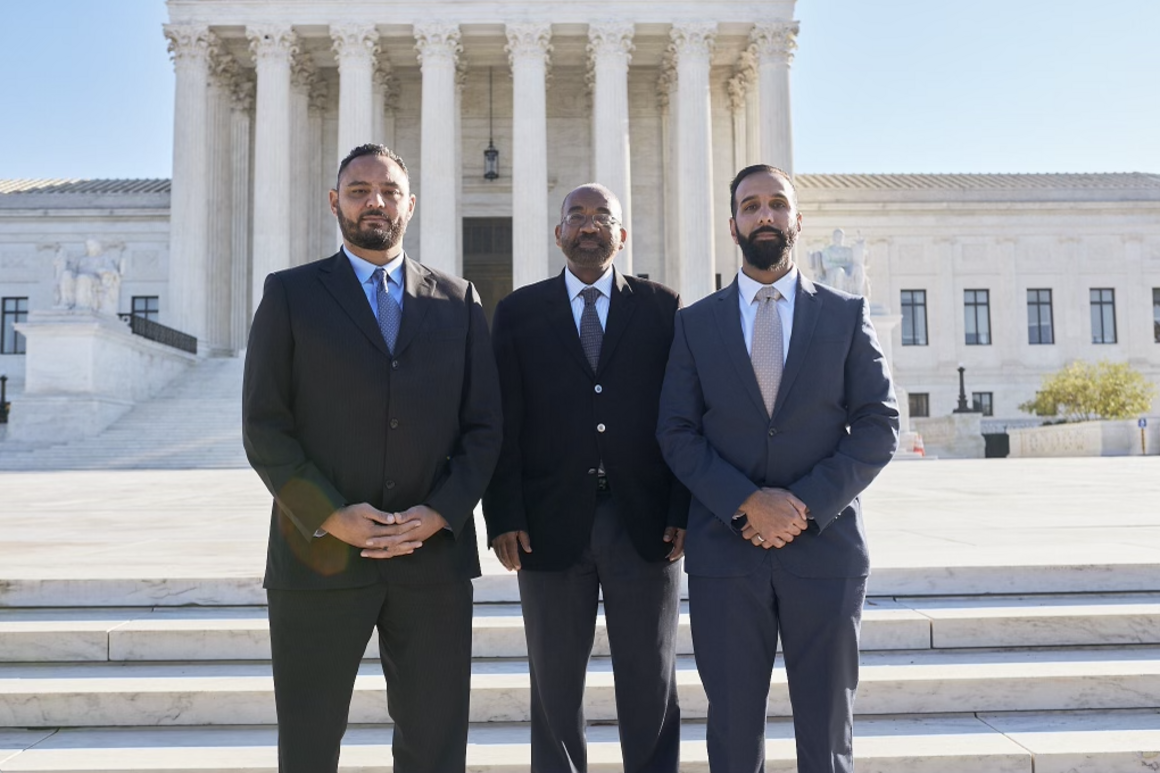 In a case scheduled to be argued before the U.S. Supreme Court on November 8, 2021, three Muslim Americans are challenging the FBI’s secret spying on them and their communities based on their religion, in violation of the Constitution and federal law. In what will likely be a landmark case, the plaintiffs — Yassir Fazaga, Ali Uddin Malik, and Yasser Abdelrahim — insist that the FBI cannot escape accountability for violating their religious freedom by invoking “state secrets.” The plaintiffs are represented by the Center for Immigration Law and Policy at UCLA School of Law, the ACLU of Southern California, the American Civil Liberties Union, the Council for American Islamic Relations, and the law firm of Hadsell Stormer Renick & Dai.

The case stems from an FBI operation in 2006 and 2007 in which agents sent a paid informant to some of the largest, most diverse mosques in Orange County, California and instructed him to pose as a convert to Islam.

The FBI informant indiscriminately gathered names, telephone numbers, and email addresses, as well as information on the religious and political beliefs of hundreds of Muslim Americans who were exercising their constitutional right to religious freedom. The informant repeatedly recorded conversations to which he was not a party — including religious prayer groups in the mosque sanctuary — by leaving behind a secret recording device hidden in his car key fob. He also video-recorded sensitive locations, including mosques, homes, and businesses using a hidden camera. His FBI handlers told him they were conducting electronic surveillance in at least eight area mosques, including plaintiff Fazaga’s office. Community members ultimately became so concerned about the informant’s behavior that they reported him to the FBI.

“As the Imam of the Orange County Islamic Foundation, I worked diligently to establish trust between my community and the U.S. government after the horrifying attacks of September 11 more than 20 years ago. I invited the FBI to speak with the members of my Mosque. They looked us all in the eyes and assured us unequivocally that they were not spying on us. We trusted them. But they lied, and our sacred community was shaken to its core,” said Sheik Yassir Fazaga, a religious leader and one of the plaintiffs in the lawsuit. “I hope and pray the Supreme Court will allow us to hold them accountable for treating people who practice Islam as second-class citizens.”

After the plaintiffs — a religious leader and two congregants — filed suit, the District Court for the Southern District of California dismissed their claims that the FBI unlawfully targeted Muslim community members for surveillance based on their religion, accepting the FBI’s argument that further proceedings could reveal state secrets. The Ninth Circuit Court of Appeals disagreed, instructing the district court to consider the plaintiffs’ religious discrimination claims under procedures mandated by Congress in the Foreign Intelligence Surveillance Act (FISA), which specifies how courts should handle sensitive evidence in cases involving surveillance conducted for national security purposes.

The FBI appealed from this ruling, arguing that its invocation of the state secrets privilege barred the plaintiffs’ religious discrimination claims, and the Supreme Court agreed to hear the case.

Supreme Court Allows Suit Against F.B.I. for Spying on Muslims to Move Forward