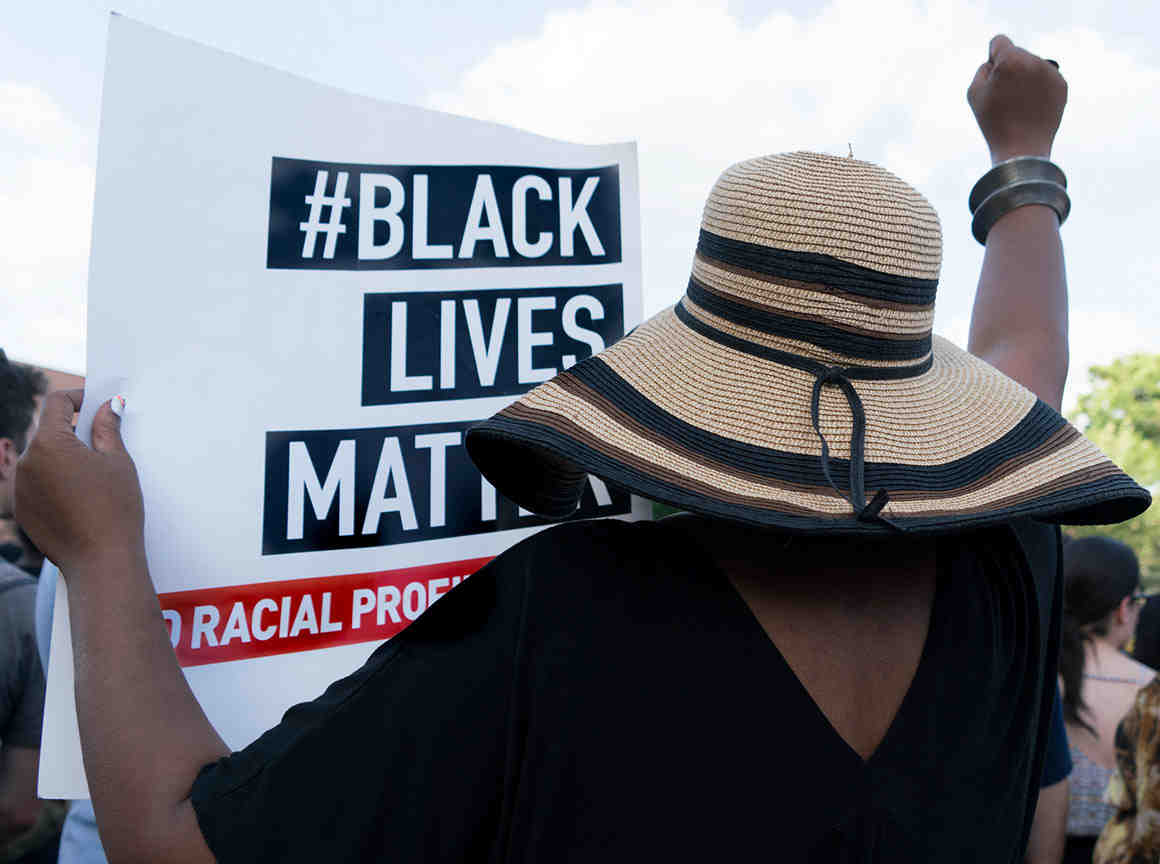 On March 21, 2019, the American Civil Liberties Union and MediaJustice, formerly known as "Center for Media Justice," filed a Freedom of Information Act lawsuit seeking records about FBI targeting of Black activists. The lawsuit enforces the ACLU and MediaJustice’s right to information about a 2017 FBI Intelligence Assessment that asserts, without evidence, that a group of so-called “Black Identity Extremists” poses a threat of domestic terrorism. The Intelligence Assessment was widely disseminated to law enforcement agencies nationwide, raising public concern about government surveillance of Black people and Black-led organizations based on anti-Black stereotypes and First Amendment protected activities.

In August 2017, the FBI’s Counterterrorism Division issued a secret Intelligence Assessment that claimed the existence of “Black Identity Extremists Likely Motivated to Target Law Enforcement Officers” (“Assessment”) and labeled the group a new domestic terror threat.  The Intelligence Assessment was disseminated to more than 18,000 law enforcement agencies across the country and was subsequently leaked to the press.  The document contains troubling revelations about the FBI’s targeting of Black people for surveillance, investigation, and prosecution based on unsupported allegations about a fictitious group of so-called “Black Identity Extremists.”

The Intelligence Assessment asserts, without evidence and based on flawed logic, that six isolated incidents of violence against police officers by Black people purportedly demonstrate the existence of a shared ideology motivating violence against law enforcement.  It wrongly groups together Black people who, in the FBI’s own words, “perceive[ ] racism and injustice in American society” and have beliefs about “Black identity.”

The Intelligence Assessment also reveals the FBI’s focus on First Amendment protected beliefs, activity, and associations in determining who is a so-called “Black Identity Extremist,” including through social media surveillance.  Since its disclosure, some law enforcement leaders have openly acknowledged that no group of “Black Identity Extremists” even exists.

The FBI’s creation of a “Black Identity Extremist” threat label is the latest example in a sordid history of efforts to harass, discredit, and disrupt Black activists who advocate against white supremacy and racial injustice.

At the turn of the Twentieth Century, law enforcement targeted Ida B. Wells and Marcus Garvey as “race agitators.”  In the 1950s and 1960s, the FBI’s notorious Counterintelligence Program deployed covert activities against Martin Luther King, Jr., the Southern Christian Leadership Conference, the Student Nonviolent Coordinating Committee, the Black Panther Party, el-Hajj Malik el-Shabazz (previously known as “Malcolm X”), and Ella Baker.  In the late 1960s and 1970s, the FBI surveilled and investigated Black-owned bookstores on the grounds that the stores were purportedly centers of extremism.

In 2018, the ACLU and the MediaJustice filed a Freedom of Information Act request for information about why the “Black Identity Extremist” threat designation was created, how it is being used, and whether it is leading to illegal surveillance of Black people and Black-led organizations.  As a Black-led organization and the nation’s largest racial-justice network for media and technology rights, access, and representation, the MediaJustice represents organizations vulnerable to FBI surveillance under the “Black Identity Extremist” label.

In the course of our litigation, the FBI has repeatedly represented that there are approximately one million pages of investigative records potentially responsive to our request consisting of both open and closed investigations.

Additionally, in response to multiple congressional inquiries, the FBI recently stated that it is no longer using the “BIE” designation but is instead lumping alleged violence attributed to Black activists with the broader category of “Racially or Ethnically Motivated Violent Extremism” (RMVE), which includes white supremacist violence. Because we know there are still active investigations of Black people on the basis of purported shared ideology, we can assume that the new “RMVE” category includes active investigations of Black people.

In response, the FBI is keeping critical information secret without any valid justification and has even refused to search for entire categories of records.  Nor has there been any sign that the FBI has retracted its flawed “Black Identity Extremist” threat label despite calls to do so from the  Congressional Black Caucus and some law enforcement.

The complaint, MediaJustice v. Federal Bureau of Investigation, was filed in the U.S. District Court for the Northern District of California.  It cites violations of the Freedom of Information Act.  The ACLU of Northern California is co-counsel.