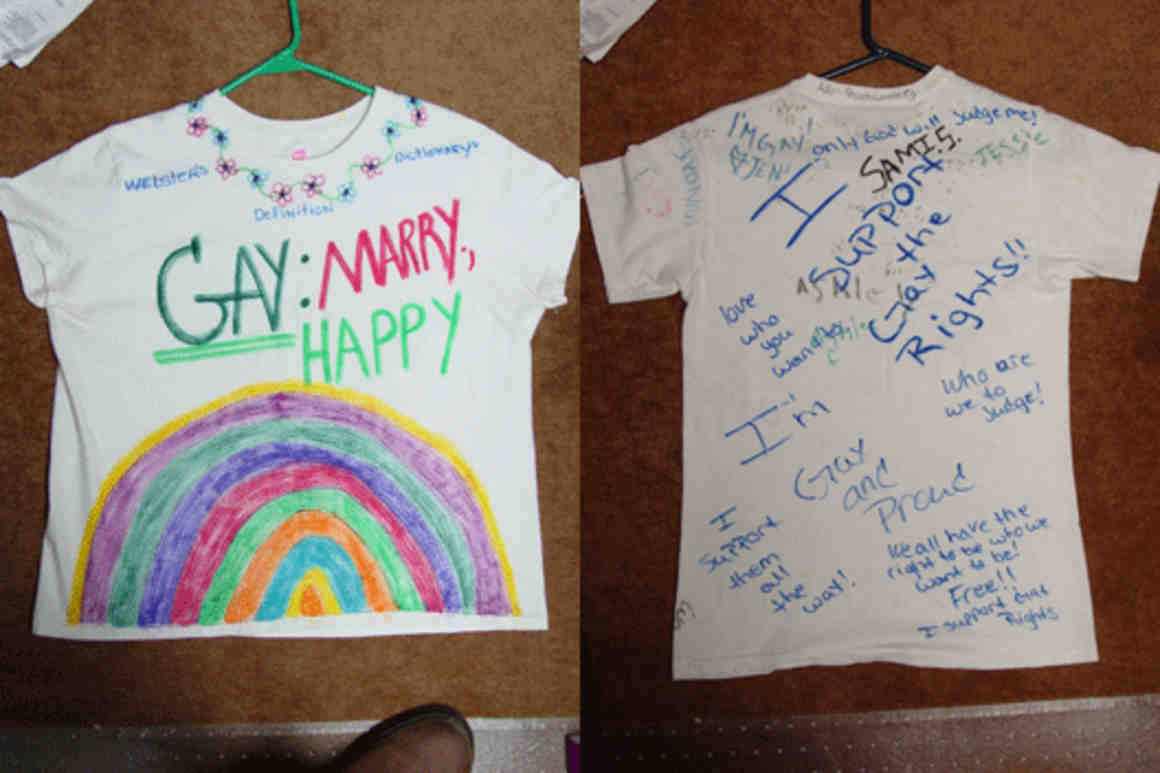 The ACLU filed a lawsuit in federal court against a high school that twice punished a student for wearing t-shirts expressing her support for gay rights. LaStaysha Myers, a heterosexual 15-year-old student at Webb City High School in Missouri, was twice sent home from school last November for wearing homemade t-shirts; first, one bearing several handwritten slogans such as "I support the gay rights!" and "Who are we to judge?" and the next day one that bore a rainbow and the Webster's dictionary definition of "gay": "M[e]rry, happy." Before censoring Myers, administrators routinely allowed students to wear shirts expressing other messages, including endorsements of the Bush and Kerry presidential campaigns, students' views on abortion, and religious messages.

Status:Victory! The school settled the lawsuit and agreed not to censor student t-shirts in the future.

ACLU Exposes Censorship at High Schools in Ohio and Missouri