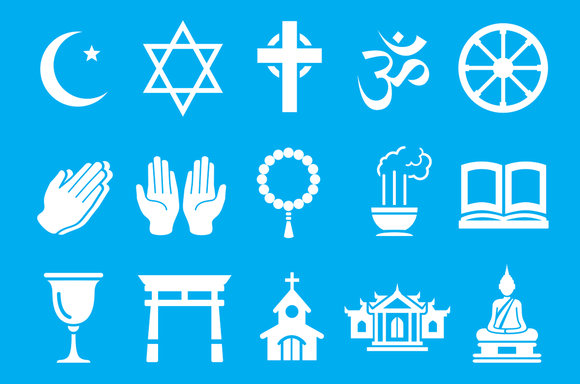 Equality and religious freedom are our bedrock values. They are enshrined in our Constitution and are not mere formalities to be discarded in difficult times. Yet recently, we have seen a politics of fear used to justify discrimination against Muslims. This has resulted in unwarranted surveillance, unlawful profiling, and exclusionary immigration policies targeting people based on their faith, nationality, or national origin.

Such discriminatory policies have been accompanied by a worrying rise in hateful rhetoric, which has severe consequences. At a time when hate crimes are down overall, they are up against American Muslims.

The ACLU works to fight anti-Muslim discrimination on a number of fronts. Included among our top priorities are fighting unconstitutional surveillance programs that entrench discrimination without keeping us safe; opposing discriminatory immigration policies that target refugees and travelers with any tie to the Muslim world; and resisting politics of hate that target mosques and the free expression of religion. 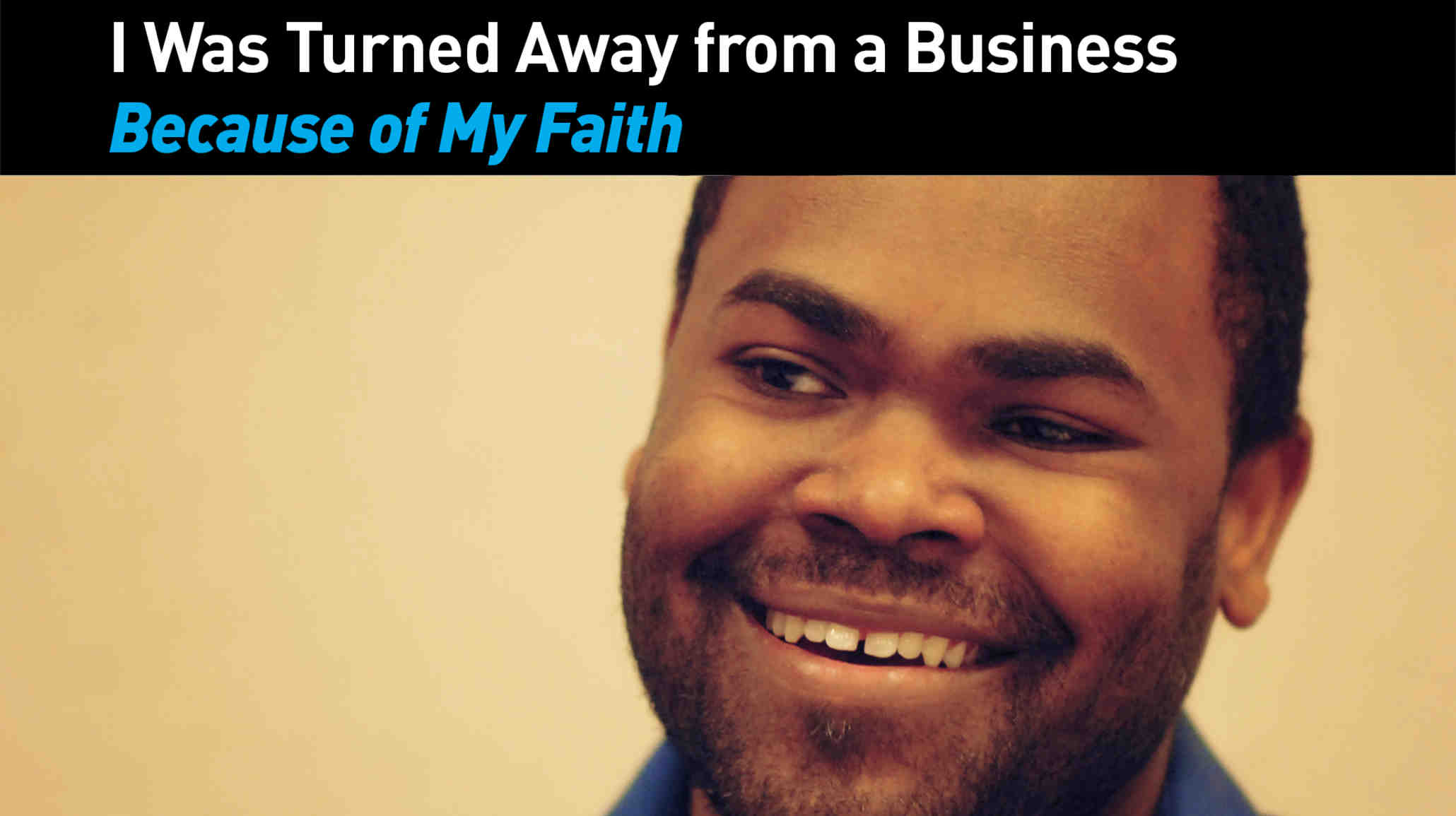 From religiously motivated discrimination and attacks on existing and proposed Islamic centers to misguided congressional hearings, Muslims in America are being unfairly targeted simply for exercising their basic constitutional right to religious liberty.

The ACLU has taken action on multiple fronts to protect religious freedom, one of America’s most fundamental liberties.  These efforts include challenging bans on state-court consideration of Sharia and international law; defending mosques and documenting attacks on them; and fighting discrimination against American Muslims in public accommodations, employment, and prisons.

Protecting the Religious Freedom of Muslims 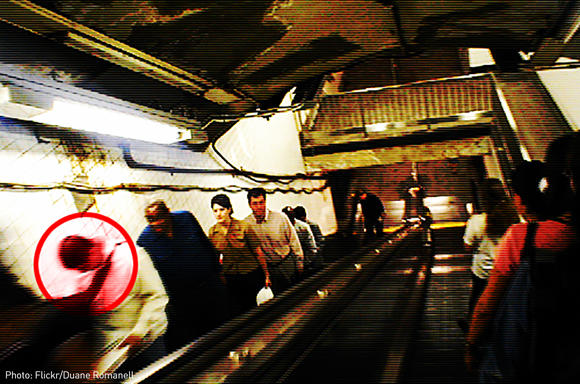 The government uses discriminatory profiling as official policy in the national security context in multiple ways. The FBI has collected racial and ethnic information and “mapped” minority American communities around the country based on crude stereotypes about which groups commit different types of crimes. The TSA scrutinizes passengers for signs of deception or “mal-intent” using a program that lacks a scientific basis, is wholly ineffective, and has given rise to numerous allegations of racial and religious profiling. The federal government encourages law enforcement agencies and ordinary citizens to report information according to a loose, unduly broad standard  for “suspicious activity reporting,” which turns ordinary people against their neighbors, targets First Amendment-protected activity, and results in harassment and unwarranted surveillance of American Muslims.

The ACLU has pushed back on all of these fronts. We have unearthed thousands of pages of documents detailing the surveillance programs that target American Muslim communities; repeatedly taken the government to court to challenge such programs; lobbied in Congress; and more. 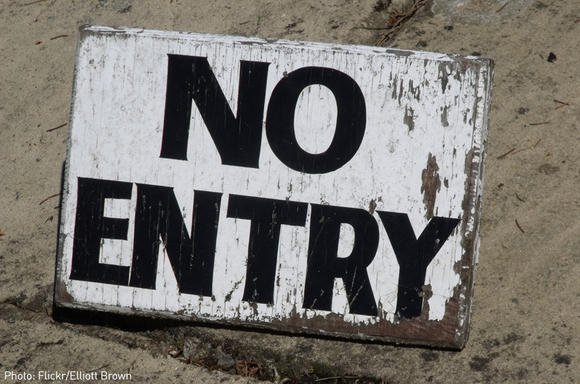 Following the terrorist attacks in Paris in November 2015, a new wave of anti-Muslim sentiment rose up across the country. Governors declared they would refuse to accept Syrian refugees within their state borders. The House of Representatives passed a bill designed to halt the resettlement of Syrian and Iraqi refugees to the United States.  Congress tightened controls in the visa waiver program by passing a law that enshrines discrimination against dual nationals of Iran, Iraq, Sudan, or Syria, or anyone who has visited those countries in recent years — including the relatives of American citizens wanting to visit family.

The ACLU has worked actively to oppose these measures. We sued the governor of Indiana to stop attempts to suspend resettlement of Syrian refugees, claiming the governor’s actions violate the U. S. Constitution and federal law. We are representing the International Rescue Committee in litigation to prevent Texas from barring the resettlement of Syrian refugees in Texas. And we have actively lobbied Congress to oppose changes with discriminatory effects to the visa waiver program.

Looking Forward to International Visits from Friends and Family in 2016? Better Hope They’re Not Dual Nationals of Certain Countries.

The Problems with the Visa Waiver Law 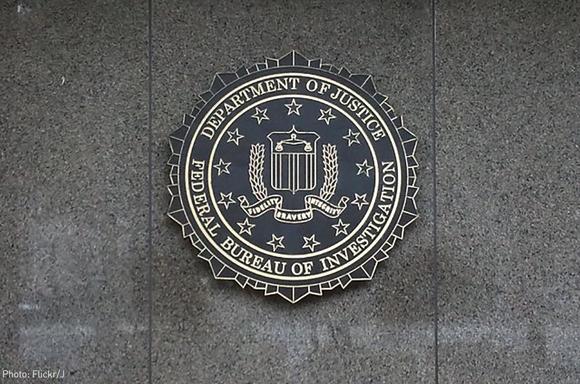 The federal government’s “Countering Violent Extremism,” or “CVE” initiative focuses overwhelmingly on American Muslim communities, stigmatizing them  and casting unwarranted suspicion on innocuous activity. The series of programs call on law enforcement, social service providers, teachers, and members of religious communities to identify individuals who might have extreme or “radical” views, under the assumption that they are at risk of committing violence. To many, that’s known as spying.

Preventing acts of violence is a laudable goal, but there is no evidence that CVE programs are effective — and much evidence that they threaten basic freedoms and are counter-productive. They are based on discredited theories of purported radicalization to violence, even though decades of research has failed to identify reliable indicators that can be used to predict who will commit a violent act.

To make matters worse, because CVE programs target American Muslim communities, these communities are stigmatized as inherently suspect and singled out for monitoring based on their faith. CVE programs have been rejected by American Muslim communities in the cities in which they are being implemented.  They threaten the rights to equality and freedom from discrimination, along with the freedoms of speech, thought, and religion. They are hardly conducive to supporting communities and creating a space for differing viewpoints.

Q&A: The Myth of “Radicalization”

'Why I Have Hope For American Muslim Equality'

Religion-Based Suspicion Masquerading as Counterterrorism Has No Place in America 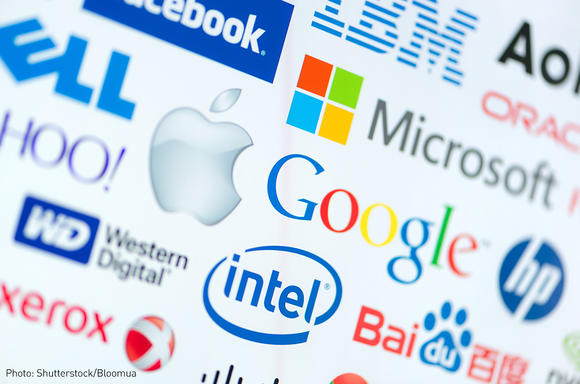 Calls are on the rise to compel technology companies to report potential “terrorist activity” on their platforms to the government and to close the accounts of those engaged in such activity. While social media companies should and do notify the government if they learn that a user is threatening immediate violence, it would be a mistake to expect or require social media companies to act as arms of the national security state. Not only would it be impossible for them to monitor all of the speech on their platforms, but they inevitably would report protected speech to the government, which would cause the government to scrutinize such speech and would chill legitimate expression.

The government has a long history of invoking national security as a justification for the suppression of speech that shouldn’t be suppressed. But censorship of speech is never a good idea. It strips us of our most powerful tool to combat hateful ideas: the ability to identify them and respond with better ideas. 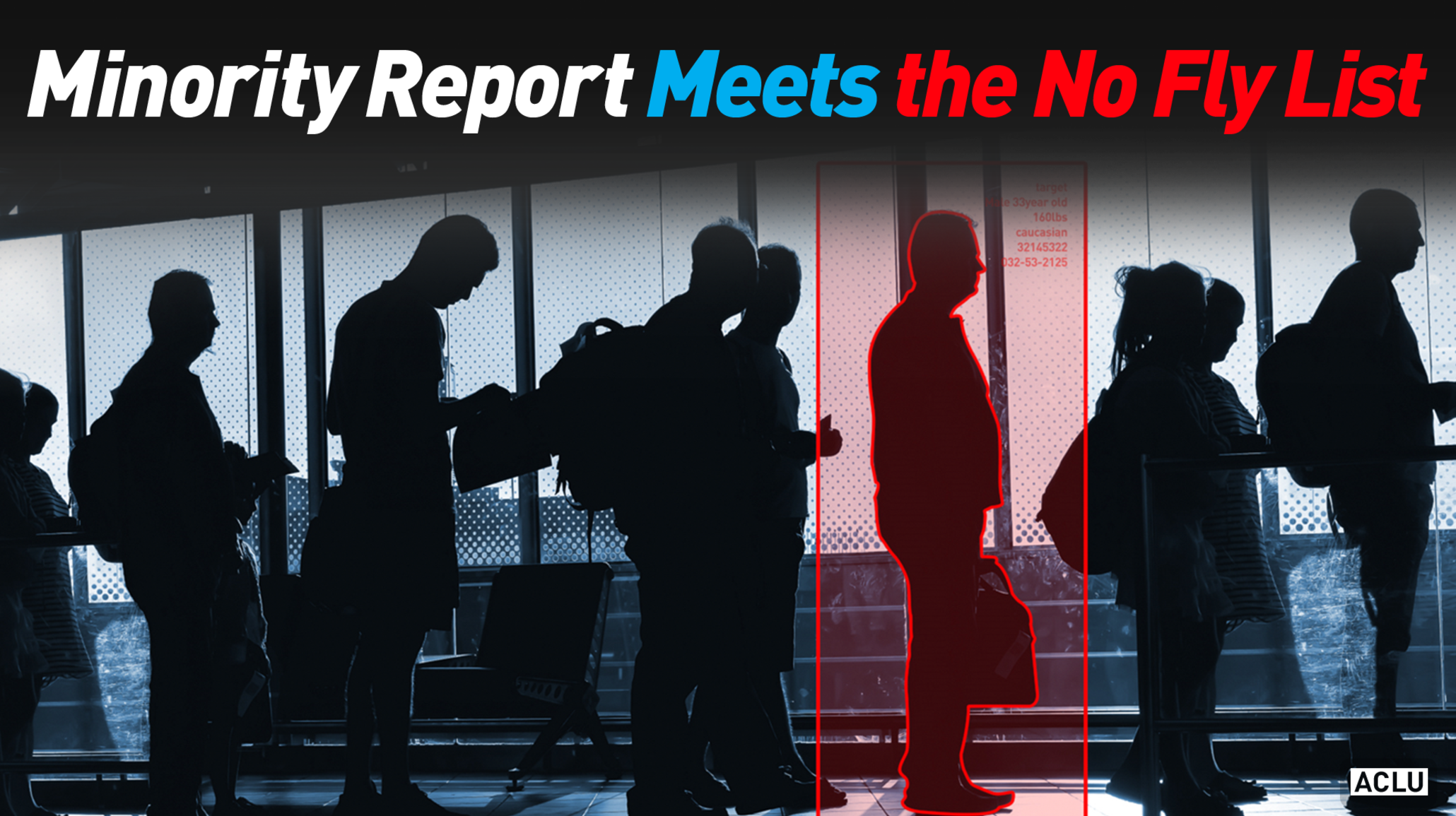 The U.S. government maintains a massive watchlist system that risks stigmatizing hundreds of thousands of people — including U.S. citizens — as terrorism suspects based on vague, overbroad standards and secret evidence. The consequences can be devastating, from repeated questioning and harassment by law enforcement officials to an indefinite ban on air travel. To make matters worse, the network of watchlists has been found to be riddled with errors, and watchlisted individuals don’t have a meaningful way to correct errors and clear their names.

The ACLU is seeking reform of this broken watchlisting system in a variety of ways. We filed a landmark challenge to the No Fly List in which a federal judge struck down the government’s redress process, ruling that it “falls far short of satisfying the requirements of due process” and is “wholly ineffective.”  Unfortunately, the revised redress process the government put in place also violates due process, and we have challenged that as well.  The ACLU continues to advocate for broad reform of the entire watchlisting system, consistent with the Constitution.

Know Your Rights: What to Do if You Think You’re on a No Fly List

An Open Call For Unity Following Belgium and Turkey Tragedies

ACLU of Oklahoma and CAIR-OK Sue 'Muslim Free' Business on Behalf of U.S....