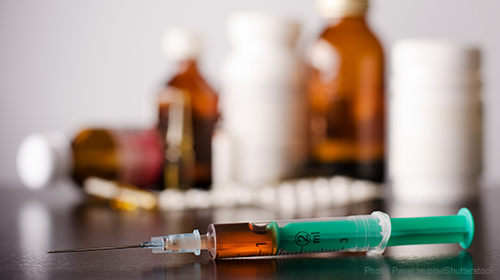 We know almost nothing about how Earl Ringo Jr. was executed in the early hours of the morning by the State of Missouri. Missouri deliberately hid crucial facts about its lethal injection drugs and their administration, blocking the public from understanding how capital punishment is carried out in our name. This state government took the secrecy one step further, its officials telling outright lies under oath about what could happen to Mr. Ringo and others scheduled for execution. We need our courts to care enough to demand the truth. We need other states’ governors to put a halt to executions until we have answers to the most basic questions about lethal injection.

Missouri was caught in its lies a week before Mr. Ringo’s execution date. The Director of the Missouri Department of Corrections George Lombardi promised, under oath, that Missouri would not use midazolam, the controversial drug tied to botched executions in Oklahoma, Ohio, and Arizona. That was at a hearing held in January. But chemical log forms revealed last week prove that prison officials were in fact administering midazolam and had done so in executions both before and after Lombardi’s testimony.

Instead of admitting to their flat-out lie, Missouri officials first tried to claim that the drug was “offered” to prisoners, as if it were their choice to receive a drug that had tortured prisoners in other states. But officials have conceded that the prisoners did not get to make the decision about whether to accept midazolam, a drug that is only administered intravenously.

Next, Missouri tried to change the definition of the word “execution” itself. Missouri Department of Corrections spokesman David Owen said that Missouri didn’t use midozalm during the execution, only “in advance” of the execution. The record logs reveal that “in advance” means as little as three minutes before . Under this logic, Missouri could administer any secret torture regime in the hours leading up to an execution, outside of the public eye, without any review or disclosure.

Tragically, court majorities, over the vigorous dissents of a few judges, swallowed these verbal gymnastics and let the secrecy continue.

This kind of secrecy encourages and protects the use of shady manufacturers and illegal substances. Expired drugs, untested cocktails and methods – these are shameful examples of a criminal justice system gone terribly wrong. Indeed, back at the hearings in January, Department of Corrections officials disclosed that they purchased lethal injection drugs the same way one might buy crack cocaine: in the cover of the night, across state lines, with cash in hand.

More fundamentally, such covert action is un-American. We are a nation built on democracy, open government, and accountability. Our ideals are founded on the premise that our government doesn’t lie to us, and that when it does, courts will care, and act.

Four justices of the United States Supreme Court voted last night to stop the execution of Ringo until these new revelations could be evaluated by a court. Unfortunately, that was one justice too few.

What’s needed now is for federal courts and governors to halt all executions until we have answers to the most basic questions about lethal injection.