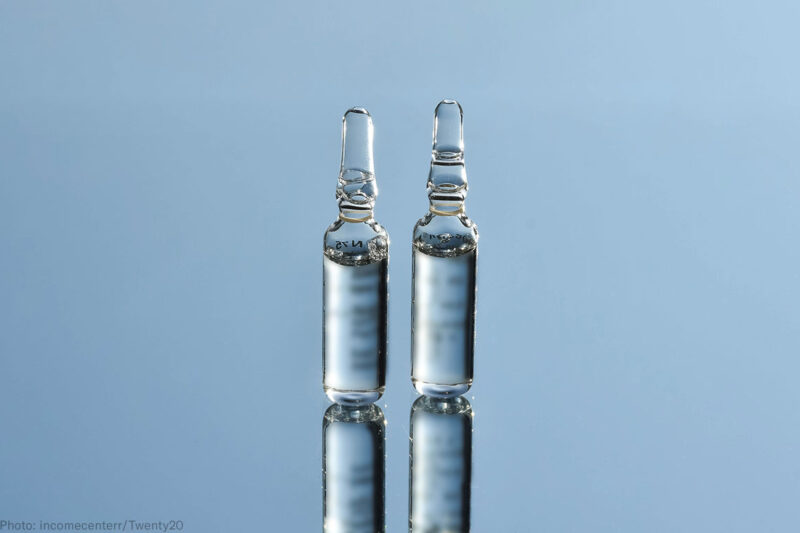 For years, the state of Nebraska has had a troubled history of cutting corners in its zealous pursuit of lethal-injection drugs to keep its death penalty program alive. In November, the state announced that it would use an experimental drug cocktail not previously used in the United States to carry out its next execution. What the state didn’t reveal, however, is that it was violating federal law when acquiring the ingredients for the lethal cocktail.

In a complaint filed today by the ACLU of Nebraska with the Drug Enforcement Administration, the ACLU has shown that the state of Nebraska is playing fast and loose with DEA registrations in order to covertly obtain and store the drugs it intends to use for executing prisoners. The DEA should seize the drugs Nebraska has unlawfully obtained before they can be used in an execution.

As the complaint shows, a person or entity, including government agencies, needs a DEA registration to import a controlled substance. Federal law also requires those that handle a controlled substance to have a DEA registration particular to their authorized usage. These laws apply to the Nebraska Department of Corrections and to the Nebraska State Penitentiary (NSP), where the state carries out executions. But both institutions are ignoring the law in order to get the execution drugs they need to carry out the death penalty.

In its dissembling, the NSP applied for a DEA importer registration in 2015, 2016, and 2017 — each time falsely claiming to be licensed in Nebraska to handle drugs by referencing a state pharmacy license number not assigned to the prison. The license number listed was registered to a pharmacy operated by the Department of Corrections at a different site, four miles away. But that license is specific to the address of the pharmacy and specific to the persons named in the license application.

Put simply, the state broke the federal law by applying for an import registration for the prison based on the false claim that the prison possessed a state pharmacy license it did not. That licensed was assigned to the state pharmacy, and Nebraska law forbids it from being assigned, borrowed, or used by some other person or entity. In fact, in 2011, the pharmacy itself used this very same license number to apply legally for its own DEA import registration. When the NSP did the same, it was illegal.

The prison’s import registration allows it to import schedule 3N and 4N substances, but fentanyl is a schedule 2 drug. Such drugs are among the most addictive and therefore the most tightly regulated. Although the state is presently being sued by the media in Nebraska and the ACLU for disregarding the state’s strong open records laws, the ACLU has obtained a drug inventory, listing both the fentanyl and the DEA import registration number on the top of that inventory.

But the state’s flouting of the law doesn’t end there. Even after improperly procuring execution drugs, the prison still needs a separate DEA registration to maintain and store the drugs. Contrary to its current use, the DEA registration the state possesses only entitles the prison to dispense medication through a hospital or clinic. In fact, while federal law has specific definitions about “dispensing,” which require the involvement of a medical doctor, Nebraska law specifically states that lethal injection is not a medical procedure. The registration NSP currently has does not entitle the state to handle and store its lethal injection drugs.

The state’s cover up is part of a larger pattern of bumbling and incompetent attempts to obtain lethal injection drugs outside of the law. In 2015, the DEA seized a shipment of controlled substances Nebraska had paid thousands for to a sham pharmaceutical company in India, called Harris Pharma, which was unlawfully reselling drugs it had obtained from a legitimate company under a false DEA registration. In its zeal, Nebraska attempted this purchase even after the Food and Drug Administration expressly warned that the purchase would be illegal.

All of this is in service of the state’s attempts to keep its machinery of death churning. In recent months, Nebraska has issued notices to prisoners Jose Sandoval and Carey Dean Moore that it intends to execute them with fentanyl — the same drugs the state unlawfully obtained with its problematic DEA registrations.

We have long held that the death penalty is an abuse of government power, waste of government resources, cruel and unusual, discriminatory in practice, and risks the execution of the innocent. With today’s filing, the DEA has an opportunity to enforce the law, seize the drugs Nebraska improperly obtained, and right the particular wrong the state is perpetrating with its abuse of its registrations. And we all have one more reason to conclude that the state has no business executing human beings.