Racist Jury Selection at the Heart of a 1977 Murder Conviction 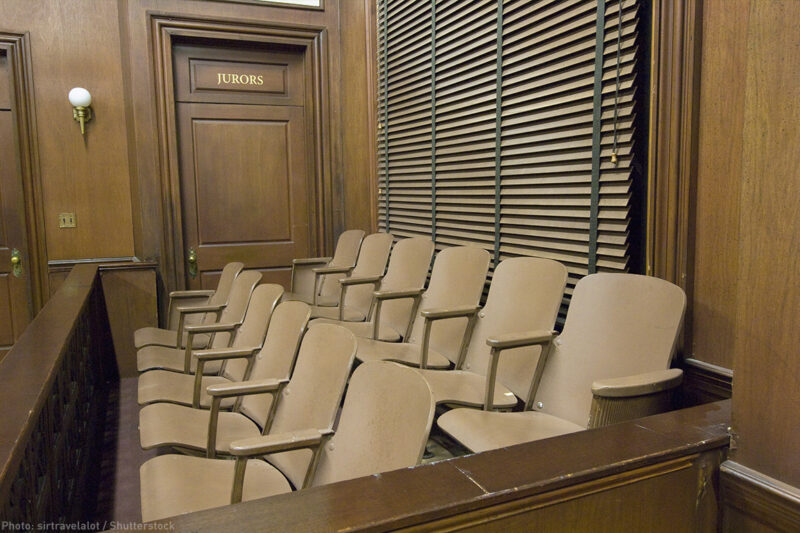 Johnny Lee Gates, a Black man convicted in 1977 by an all-white jury of murdering a white woman in Muscogee County, Georgia, is currently fighting for his right to a retrial free from racial discrimination.

Despite strong evidence of racial bias in jury selection during the original trial, whether he will be granted a retrial is far from certain. New evidence from his decades-old case — evidence that was only turned over to Gates’ attorneys in March of this year — unquestionably reveals the racism guiding the juror selection process. The prosecution’s notes, for example, contain jury-selection notations of “W” next to white prospective jurors and “N” next to Black prospective jurors.

These notes are reprehensible. They also illustrate exactly the kind of racial discrimination in capital jury selection that the U.S. Supreme Court addressed and correctly deemed unconstitutional in Foster v. Chatman in 2016.

The Supreme Court has a long history of condemning racial bias in capital jury selection. In 1880, for example, it outlawed the categorical exclusion of Black people from juries in Strauder v. West Virginia. Yet that decision did not usher in an age of racial equality in jury selection. Today, 138 years later, discrimination against and exclusion of jurors of color continue in full force in courtrooms across America, including in the gravest of contexts: trials to determine if someone lives or dies.

Weeding out jurors of color can impact the outcome of a trial, whether by robbing the jury of valuable perceptions on identifications across racial lines and policing, or by playing into the immeasurable other ways that implicit biases pervade our justice system.

Gates’ case is just one of many that reveal the pervasiveness of unchecked discrimination in jury selection since Strauder. Four cases pending in front of the North Carolina Supreme Court are prime examples. In these cases, too, the state belatedly disclosed the prosecution’s notes in the capital trials. And, also as in Gates’ case, the notes revealed how the prosecutors meticulously tracked the race of each prospective juror and struck Black jurors at an overwhelmingly disproportionate rate.

In another of the four pending North Carolina cases, the prosecutor made racially charged characterizations of potential jurors in his notes. One Black prospective juror, who had no record of alcohol or drug offenses, was described as a “blk wino – drugs,” while a white prospective juror received the far more favorable assessment of “drinks—county boy—ok.” Unsurprisingly, the prosecutor in this case struck Black jurors at a rate 3.7 times higher than he did white jurors.

The details of these individual cases are borne out by statistical studies demonstrating that, in general, prosecutors overwhelmingly strike Black jurors at higher rates compared to all other jurors.

The defendants in these pending cases, including Robinson, filed claims under a law passed in 2009 called the North Carolina Racial Justice Act, which reduced death sentences to life without parole where there was evidence of racial bias in jury selection, charging, and sentencing practices. The Racial Justice Act was regrettably repealed in 2013, and the lower court denied Robinson and the other three their days in court, even though the four had all proven racial discrimination in their cases before the repeal. The North Carolina Supreme Court recently announced it will review those cases and determine whether they are entitled to new hearings.

Like in too many death penalty trials, discrimination in jury selection was just one of a host of problems with the prosecution in Johnny Lee Gate’s case. The basis of his conviction is riddled with factors that undermine its reliability, including a confession to the murder by a white man who was never charged by the police, inconsistent eyewitness statements, and the fact that Gates has an intellectual disability. Gates was eventually moved off death row thanks to the Supreme Court’s 2002 decision in Atkins v. Virginia, which banned the death penalty for defendants with intellectual disabilities. Gates deserves more. In light of the rampant discrimination against Black jurors at Gates’ trial, he deserves a retrial that takes into account the egregious violations of his rights the first time around.

Given the racial discrimination that pervades every level of the criminal justice system, Gates is unlikely to be the last defendant sentenced to death by a racially cherry-picked jury. Racial bias, specifically against Black Americans, has left an indelible mark on our system of capital punishment. The only way to rectify this history is to abolish the death penalty once and for all.