A Tale of Three States: Executing the Mentally Disabled 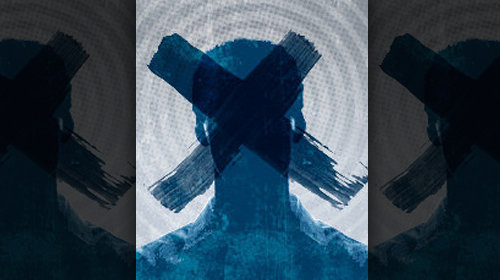 Georgia: On Monday, the State of Georgia stands ready to strap Warren Hill to a gurney, place IV lines in his arms, and pump his body with poison until he dies. Warren Hill has an IQ of 70, and is intellectually disabled (mentally retarded). That was the finding of a Georgia trial judge who held a hearing and looked at the relevant evidence – applying United States Supreme Court precedent barring execution of the intellectually disabled under the Eighth Amendment to the U.S. Constitution, the court ruled that Hill could not be executed.

But then by a narrow vote of 4-3, the Georgia Supreme Court ruled that Hill could be executed, despite the lower court’s finding. The high court did not quibble with the lower court’s finding that Hill is intellectually disabled, but it ruled that Hill had failed to prove his disability beyond a reasonable doubt. This is the standard of proof Georgia created when instructed not to execute the mentally retarded in Aktins v. Virginia. That is the highest burden of proof known in our criminal justice system, reserved in all other cases for the prosecution when it seeks to convict and deprive a person of his liberty and possibly his life. No other state in the country erects such a high burden on a defendant to prevent an unconstitutional execution.

Undaunted by the entreaties of humanitarians such as President Jimmy Carter, un-shamed by editorials decrying Georgia’s backward burden of proof, and unmoved by the pleas of the family members of the victim and the jurors who first sentenced him to death not to execute Hill, the State of Georgia appears ready to move forward with Hill’s execution. The Georgia Board of Pardons and Parole has unfortunately already denied Hill relief. Now only the Supreme Court can intervene to stop this miscarriage of justice.

Texas: As soon as tomorrow, Texas plans an equal injustice. Keeping pace as the leading execution state in America (more than quadrupling the next highest state, Virginia), Texas will have ready its execution chamber for Yokamon Hearn, despite clear and consistent evidence that he is brain damaged. What’s worse, the jury who sentenced Hearn to die, and could have considered his brain damage as a basis for sparing his life, never learned of this evidence because his trial attorney was incompetent. To top off this farce of a “criminal process,” the appellate attorneys charged with raising the error of the trial attorney’s failures also failed to do that.

The United States Supreme Court, the Texas Board of Pardons and Paroles and Texas Gov. Rick Perry all have the opportunity to stop this miscarriage of justice. Please urge the Board and Governor to do so here (note that the link will take you off the ACLU site).

Ohio: Albeit on a much smaller scale than Texas, Ohio also keeps its execution chamber humming. But now Ohio teaches that punishment can be tempered with mercy, particularly when an intellectually disabled person faces execution. Last week, Gov. John Kasich reviewed the case of John Jeffrey Eley, who had been condemned to die for killing a store clerk in 1987. Gov. Kasich studied the case, learned that Eley was intellectually disabled, and learned that this evidence had never been considered at Eley’s original trial. One week ago today, the governor then did the only just and humane thing: he commuted Eley’s sentence to life in prison without parole.

It’s not too late for Georgia and Texas to learn from Ohio. If they fail to do so, it will only be more evidence of the failed government policy that is the death penalty.