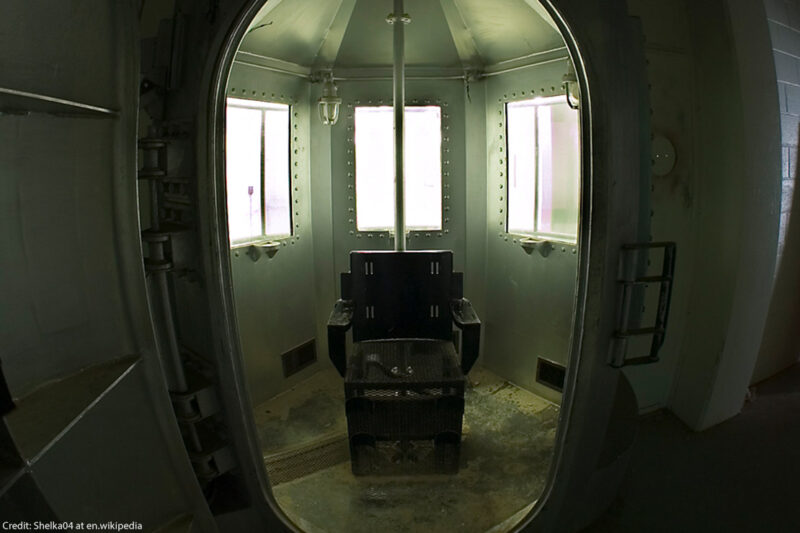 Arizona’s use of Zyklon B should shock the conscience of all Americans.

On June 8, the State of Arizona is scheduled to execute Frank Atwood. Atwood, whose mother escaped Nazi persecution in Vienna, faces a perverse choice: suffer execution by lethal injection, or by hydrogen cyanide gas, a version of which was used by the Nazis to murder more than one million Jewish people at Auschwitz. Arizona last used cyanide gas in 1999 to execute Walter LaGrand. The state killed him violently, in all of our names, through a painfully slow asphyxiation that dragged on for an unfathomable 18 minutes.

Arizona’s commitment to this hideous execution method should shock the conscience of all Americans. It is particularly appalling to me as the board chair of the Jewish Community Relations Council (JCRC) of Greater Phoenix, and to my broader community. Earlier this year, we sued the state of Arizona to stop it from using this barbaric execution tool, infamous as the primary chemical deployed in Nazi death camps during the Holocaust.

This is the first time the JCRC has ever been a litigant. We hope it is the last.

The killing of another human being through a practice known to cause pain and suffering undermines everything the Jewish people stand for. Judaism introduced to the world the idea that every life is imbued with infinite value. Long before the constitutions of Arizona or the United States banned cruel and unusual penal punishments, the Jewish people opposed them, as they diminish the humanity and dignity of everyone involved, the punished and those who inflict the punishment alike.

For thousands of years, Jewish teachings have inveighed against practices common in the cities, nations, and empires where we lived: mutilation, burning at the stake, and throwing the condemned into a funeral pyre, to name only a few. Those same moral and ethical values require us to stand against a practice that we recognize, from our own tragic history, as highly likely to cause severe pain and suffering.

We are shocked that Arizona is proposing to use the very same chemical compound used by Nazis — often referred to as Zyklon B. Indeed, the resumption of this practice risks, for Holocaust survivors, reliving a trauma they have spent their lifetimes trying to forget.

As Jews, we aspire to make our society a light unto the nations. On this matter, Arizona stands out for its darkness. Nearly the entire civilized world — and most of the United States — has abandoned the use of Zyklon B. No state has used it to execute for more than 20 years. There is no question that killing a person with hydrogen cyanide is both cruel and unusual. In fact, Frank Atwood’s lawyers argue that forcing him to choose between cyanide gas and lethal injection violates his rights.

The state has raised many defenses to our suit, most of them hyper-technical, legal ones that, if adopted, would prevent any challenge to a state’s use of any method of execution, no matter how cruel or unusual. What is absent from the state’s arguments is any argument that killing another human being with hydrogen cyanide is anything but cruel or unusual.

As June 8 approaches, we continue to hold out hope that the state will confess explicitly what it concedes implicitly — that killing a person with Zyklon B is torture and thus that we, following every other state and the community of civilized nations, should bar its potential use. This hideous Nazi weapon of the Holocaust should be banished to history, not resurrected to wield violence in the name of Arizonans.