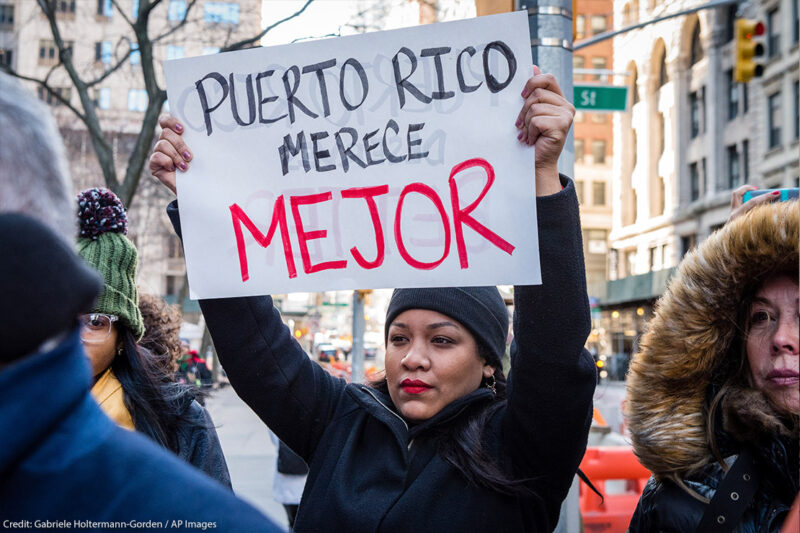 The Supreme Court can and should ensure all residents of U.S. territories can access the same benefits and rights they’re entitled to.

In 2012, José Vaello-Madero, a U.S. citizen born in Puerto Rico but living in New York, applied for and received Supplemental Security Income (SSI) benefits because severe health problems left him unable to support himself. A year later, he moved to Puerto Rico to rejoin his family and care for his ailing wife. He continued to receive SSI benefits, unaware that federal law excludes Puerto Rico residents from the program, simply because they live in a U.S. territory rather than a state. In 2016, the federal government sued Vaello-Madero to collect over $28,000 it claimed it “overpaid.” On Tuesday, the Supreme Court will hear his case in United States v Vaello-Madero, a case that could help put an end to unconstitutional discrimination against residents of Puerto Rico and other U.S. territories.

SSI is a nationally-applicable program that provides benefits and support for seniors and people with disabilities with limited means. Eligibility should be solely based on one’s disability and financial means, but as Vaello-Madero learned, it also is dependent on where one lives. The law extends benefits to residents of all 50 states, and to residents of the Northern Mariana Islands, a U.S. territory. But it denies assistance to the elderly and people with disabilities who happen to live in Puerto Rico or any other U.S. territory—even though most of them are U.S. citizens and all are entitled to equal protection under the Constitution.

In denying Puerto Rico residents access to SSI benefits, Congress continues a troubling and discriminatory pattern of affording residents of U.S. territories—overwhelmingly, people of color—second-class status. Congress, for example, also disfavors residents of the territories access to Medicaid and Supplemental Nutrition Assistance Program (SNAP) funding. Residents of U.S. territories are also often on the losing end of receiving emergency funding like the federal Coronavirus Relief (CARES) law or funds to rebuild after a devastating hurricane like the one that hit Puerto Rico in 2017.

In the Supreme Court, Vaello-Madero argues that denying him benefits simply because he now lives in Puerto Rico rather than New York is unconstitutional discrimination. His needs are exactly the same, whether he lives in Brooklyn or San Juan. And as a U.S. citizen, he is entitled to equal protection of the laws. However, the United States argues that the only way for Mr. Vaello-Madero and other residents of the territories to remedy this discrimination “is action by Congress.” But that reasoning ignores the fact that residents of the territories have virtually no real representation. In the Senate, they have no representation at all. In the House, residents of the territories have only a single non-voting delegate. People like Mr. Vaello-Madero cannot “resort to the polls” “for protection against abuses by [the] legislature.” Living in a territory the United States has held in limbo for over a century, representation in Congress remains closed to them by constitutional design.

Despite this systemic second-class treatment, residents of Puerto Rico, like those of Guam, American Samoa and the U.S. Virgin Islands, are entitled to equal protection of the laws of the United States.

This piece was originally published in The Hill on 11/8/21. The full piece can be found here.