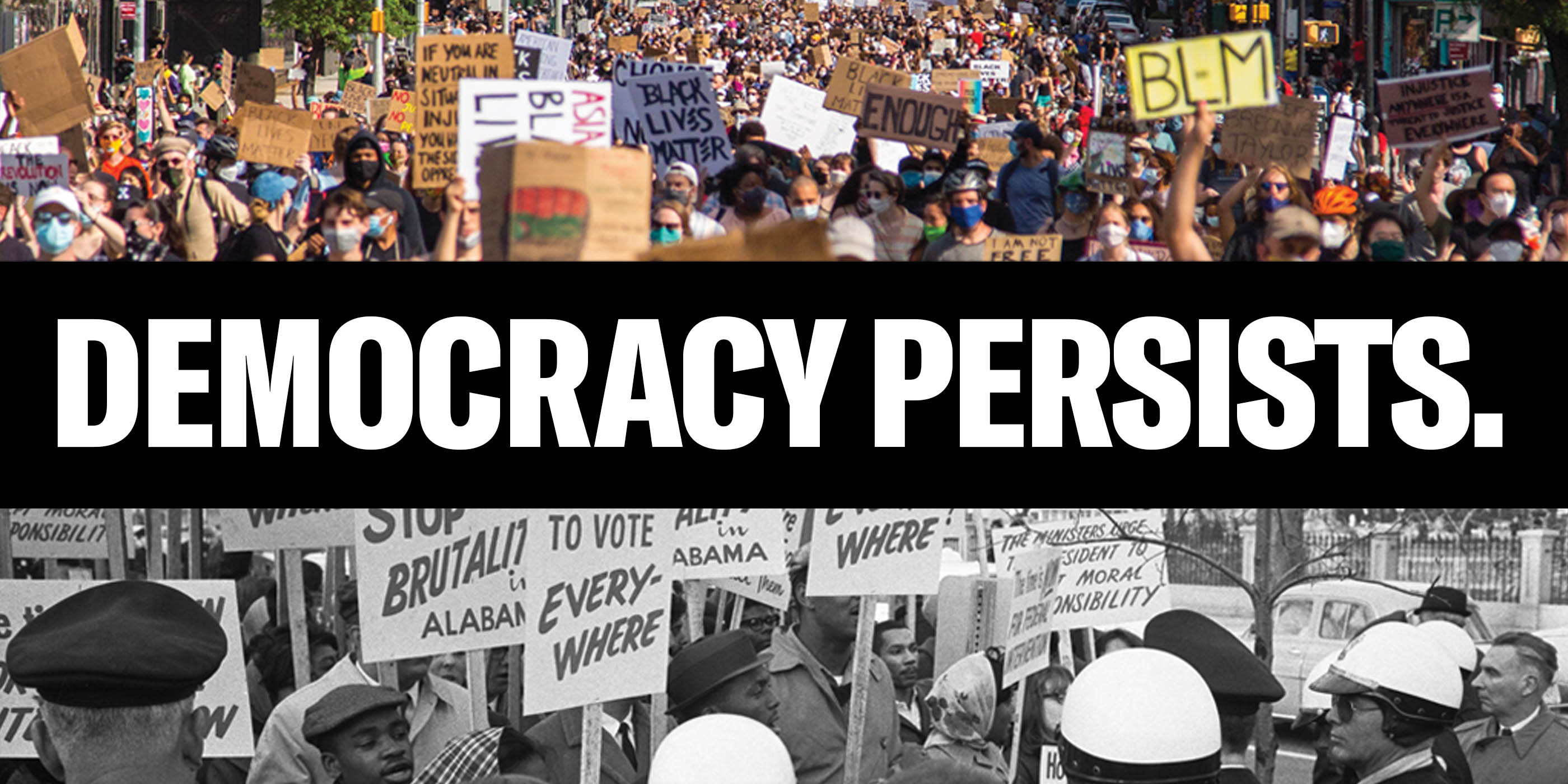 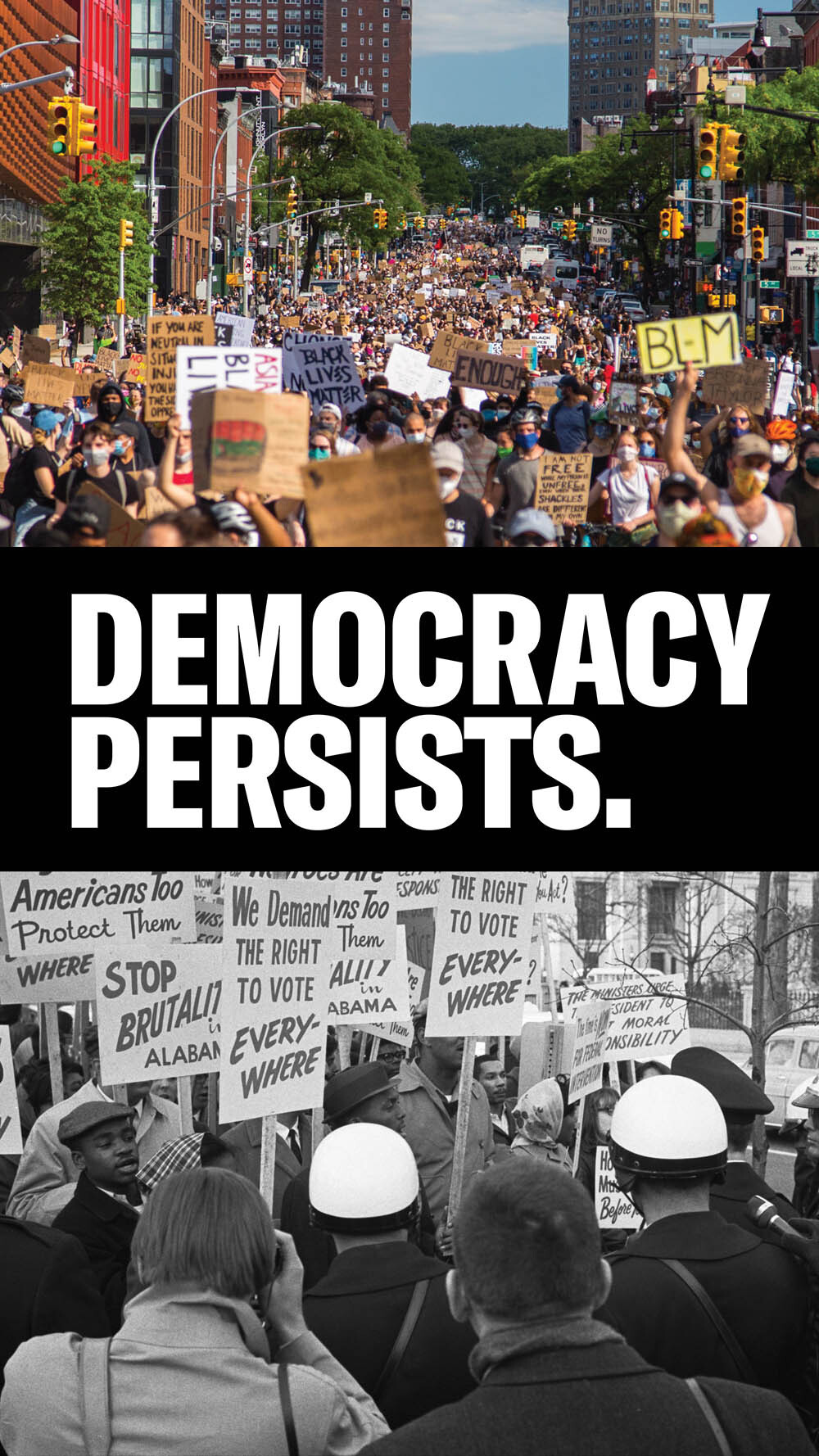 Today we turn a page from one of the darkest moments in civil liberties and civil rights. Over the last four years, we weathered an all-out attack on immigrants; withstood racist dog whistles as loud as bull-horns; and witnessed presidential back-slapping of white supremacists. For his anti-civil rights and civil liberties agenda, Donald Trump was democratically and ceremoniously removed from the Oval Office by his employer: the American people.

Our nation’s electoral systems have withstood record turnout, an avalanche of mail-in ballots in a pandemic, and the attacks of a president who would rather tear down democratic norms and institutions than admit he is a loser in a national election. It may have been slow — at times excruciating — but our democracy worked as it should have: Every vote will be counted. And the people will choose their leader — rather than leaders choosing the voters.

Throughout our history as a nation, some presidents have tested this country’s dedication to democratic values more than others. Against Trump’s administration, we’ve filed over 400 legal actions and brought thousands of people to airports, courthouses, and mass mobilizations. Together, we won victories to stop LGBTQ employment discrimination, protected and expanded voting rights, blocked state-level abortion bans, and battled Trump’s Muslim ban in court three times.

With his policies and rhetoric, this president tried to make us a nation of us versus them. He pitted citizens against immigrants. He encouraged white supremacists while Black people are being murdered by police. And he waged war against our free press. Yet in spite of that, our staff and supporters poured their hearts and souls into fighting to ensure that the promise of America withstands Trump’s assaults on our values — as we have repeatedly done throughout our history.

After 100 years, we know that the ACLU will fight to advance freedoms where we can and defend them where we must regardless of whomever resides in the White House. As we did with President Trump, we are determined to hold President-elect Biden and Vice President-elect Harris accountable to the promise of our Constitution. And thanks to our supporters and members, we now have the strongest ACLU our nation has ever known.

And while Trump’s relentless attacks on our civil liberties will soon be over, there is work to do to create a more perfect union. And we at ACLU are here to do it. Right now, we are looking for the families of 545 children who were separated at the border. We are representing LGBTQ rights and defending the census at the Supreme Court. There are more battles just around the corner to preserve the rights many have fought and won.

We will forge a pathway to citizenship for the 11 million undocumented and stateless people living in the United States — without caveats or compromise.

We will join the chorus calling for this nation’s long overdue racial reckoning.

“We the people” won’t rest until we live in an America where equality and justice are a lived reality for all of us.

Now is not the moment to sit back. We are still fighting and we are more resolute than ever to ensure that in our United States of America, the Constitution’s promise to “we the people” means all of us. We will continue that fight, no matter who occupies the White House, and we will prevail.