Scholars Evaluate the Cost of Locking Up Immigrants For Months and Years on End. The Results Are as Bad as You'd Expect. 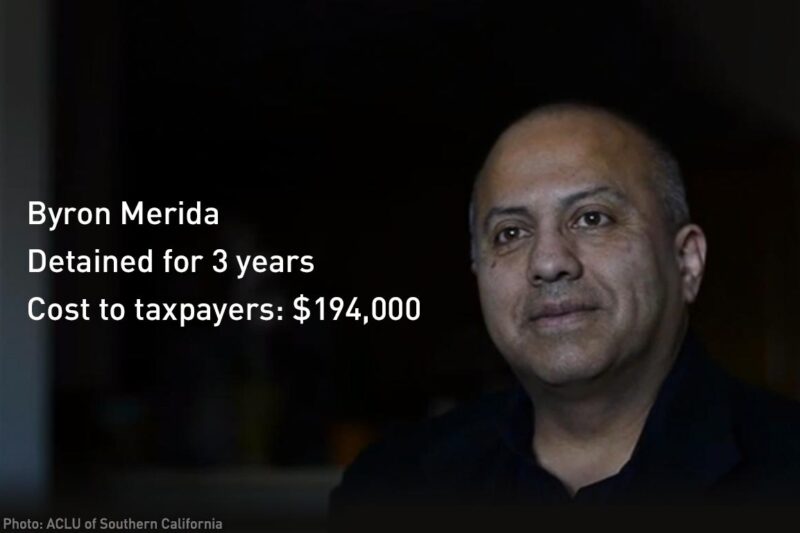 In 2012, the government put a record-breaking 478,000 people behind bars while seeking to deport them from the United States.

Many of them are seeking refuge from persecution; others are long-time lawful permanent residents with U.S. citizen family. And people who eventually win their immigration cases are perversely the ones most likely to languish in prison for months or years on end while their cases drag on through the system.

So what are the costs of locking up immigrants for months or years on end who pose absolutely no threat to the community?

This week, 46 scholars of sociology, criminology, anthropology, psychology, geography, public health, medicine, Latin American studies, and law provided some grim answers. The group filed a friend-of-the-court brief in Rodriguez v. Robbins, a class action lawsuit brought by the ACLU to ensure that no one is subject to indefinite immigration detention without due process of law.

The brief details the effects of long-term detention on American families and communities. The findings aren’t good:

One takeaway is that if the government is going to put people in jail for months and years, it better have a good reason for doing so. The government can do that by ensuring that everyone receives the basic due process of a hearing before a judge to determine if their detention is justified.

Last year, the U.S. Court of Appeals for the Ninth Circuit ordered the government to provide such hearings after six months of detention. More than 1,250 hearings were held from November 2012 to January 2014 in the Los Angeles area alone. And in 69 percent of cases, a judge – having finally looked at the person’s circumstances – found that the person could be safely returned to the community.

But in the face of the evidence – and despite its professed commitment to Latino and immigrant communities – the Obama administration has appealed the Ninth Circuit’s ruling and is fighting to ensure that many immigrants never get the chance to ask a judge to release them. Taking a stand against due process and the welfare of families and communities makes no sense. Instead of resisting the Ninth Circuit’s ruling, the administration should expand it nationwide. No one should be put in long-term detention without a hearing to determine if they need to be locked up in the first place.

The costs are too much for all of us to bear.