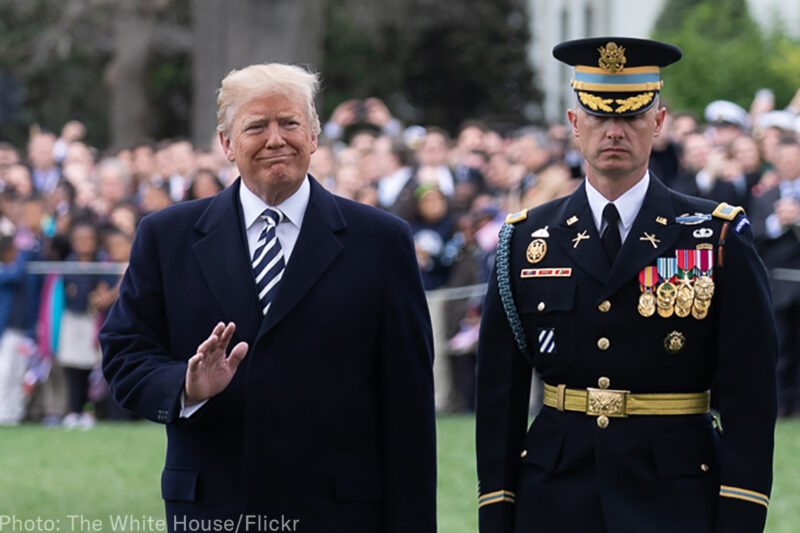 This piece is a shortened version of Deputy Director of the ACLU’s Washington Legislative Office Christopher Anders’ testimony delivered before the Committee on Homeland Security and Governmental Affairs’ Subcommittee on Federal Spending Oversight and Emergency Management on June 6, 2018.

No decision by the federal government is graver or more consequential than the decision to go to war.

Over the many years since Congress passed the Authorization for Use of Military Force (AUMF) of 2001, the ACLU has dedicated itself to defending the civil liberties and human rights that have been threatened as a result of this resolution and its successors. The harms have included the drone killings of American citizens, broad surveillance of American citizens, the kidnapping and torture of suspects, and indefinite detention without charge or trial, even of an American citizen apprehended in the United States.

Now, Sens. Bob Corker (R-Tenn.) and Tim Kaine (D-Va.) are working on a new AUMF that is even more damaging to our freedoms.

It would be hard to overstate the depth and breadth of the dangers to the Constitution, civil liberties, and human rights that the Corker-Kaine AUMF would cause. The Corker-Kaine AUMF would give the current president and all future presidents authority from Congress to engage in worldwide war, sending American troops to countries where we are not now at war and against groups that the president alone decides are enemies. 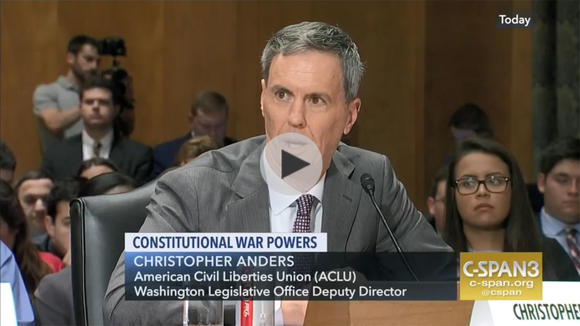 Their proposal also contains a sleeper provision with the innocuous title, “Sec. 10 Conforming Amendment,” that would create a new legal basis for the military to capture and imprison individuals in indefinite detention without charge or trial. This greatly expands the scope of the infamous indefinite detention provision in the 2012 National Defense Authorization Act. Like the NDAA, the Corker-Kaine AUMF has no statutory prohibition against locking up American citizens or anyone picked up in the United States itself. While we continue to believe it would still be unlawful for a president to try indefinite detention of an American citizen in the United States (again), there is no reason for Congress to risk it.

When Congress considered the NDAA detention provision in 2012, the uproar from across the political and ideological spectrum was deafening, but it narrowly passed, and President Obama signed it. He promised not to use it against American citizens, but without ever denying that he and future presidents have the power to order military detention. The loaded gun was left on the shelf. The Corker-Kaine AUMF would make the NDAA detention provision an even greater threat to civil liberties and human rights and hand them to President Trump as well as future presidents.

The damage from the Corker-Kaine AUMF would be colossal. Leaders in Congress must speak out against this new AUMF and hold strong to protect our liberties.