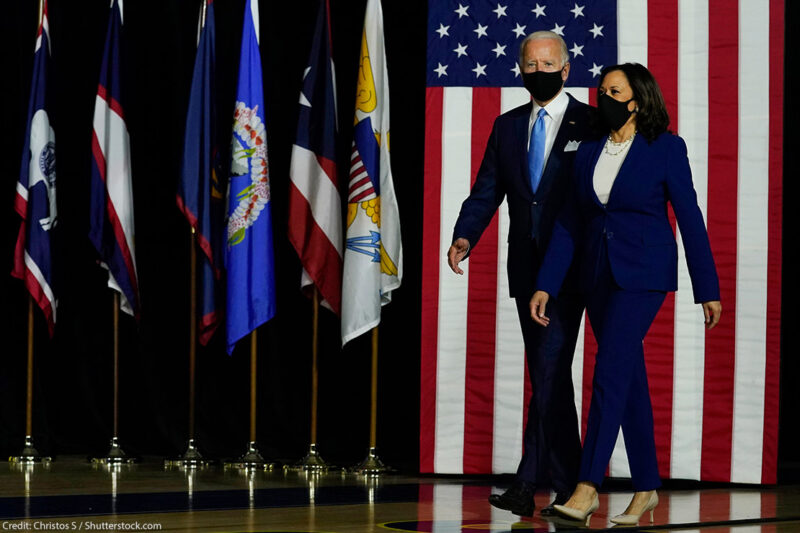 The war on drugs has failed, and Americans on the right and left are ready for it to end.

An earlier version of this blog appeared in The Hill.

This year marks 50 years since President Richard Nixon declared drugs “public enemy number one,” launching a war on drugs that has pumped hundreds of billions of dollars into law enforcement, led to the incarceration of millions of people — disproportionately Black — and has done nothing to prevent drug overdoses.

As President-elect Joe Biden and Vice President-elect Kamala Harris prepare to take office, they have an opportunity to begin to put an end to this failed war. And it is abundantly clear that they have a mandate from the electorate to tackle this issue.

Today there are more than 1.35 million arrests per year for drug possession, with 500,000 arrests for marijuana alone. Every 25 seconds a person is arrested for possessing drugs for personal use, and on average, a Black person is 3.64 times more likely to be arrested for marijuana possession than a white person, even though Black and white people use marijuana at similar rates. At least 130,000 people are behind bars in the U.S. for drug possession.

While tens of billions of dollars are spent each year to prosecute this war, more than 70,000 people still die of drug overdoses. Deaths from heroin overdose in the United States rose 500 percent from 2001 to 2014. Overall deaths from drug overdoses remain higher than the peak yearly death totals ever recorded for car accidents or guns.

The war on drugs has failed, and Americans on the right and left are ready for it to end. These views were on display at the ballot box in 2020, when voters across the country approved every ballot measure on scaling back the war on drugs. From Arizona, Oregon, and Montana to South Dakota, New Jersey, and Washington D.C., Americans turned out in droves to say that it’s time to stop criminalizing drug use.

The effort in Oregon, led by the Drug Policy Alliance and supported by the ACLU, was the most groundbreaking. This ballot measure decriminalized the possession of drugs for personal use, funding drug addiction treatment and recovery programs with the savings and tax revenue from marijuana legalization. Measure 110 will prevent more than 3,000 arrests a year for drugs such as heroin, cocaine, and methamphetamines. Oregon is now the first state in the nation to decriminalize all drugs, laying the foundation for reorienting the government’s response to drugs to a public health approach rather than a criminal law one.

Other states also showed that drug law reform is a winning issue on both sides of the aisle. Arizona, Montana, New Jersey, and South Dakota all legalized marijuana, joining 11 other states and Washington D.C. South Dakota, where Trump received 62 percent of the vote, showed that legalizing marijuana is a bipartisan issue, as did Montana, which elected Republicans to every major office in the state, while also voting to legalize marijuana.

Then in December, Congress delivered two victories, joining states in the movement for reform. On Dec. 4, the House of Representatives passed the most comprehensive marijuana reform legislation in Congress, the Marijuana Opportunity Reinvestment and Expungement (MORE) Act (H.R. 3884; S. 2227), which decriminalizes marijuana by removing it from the list of scheduled substances, expunges past convictions and arrests, and taxes marijuana to reinvest in communities targeted by the war on drugs. Sen. Harris is the primary sponsor of the MORE Act, but its fate in the Senate is uncertain despite bipartisan support. Then on Dec. 21, Congress passed a COVID-19 stimulus package that included repealing the prohibition on students with drug convictions from receiving federal financial aid, helping thousands of students get an education.

With resounding victories in red and blue states, President-elect Biden and Vice President-elect Harris now have a clear decree from voters. Here are the five things they can do to begin ending the war on drugs.

First, President Biden should issue an executive order within his first 100 days declaring an end to the war on drugs and directing his federal prosecutors and law enforcement to use their discretion to stop prosecuting the war on drugs. Thousands of people are prosecuted in federal court for drug possession and prosecutors have failed to adequately use their discretion to decline these cases, let alone to not seek incarceration as sentence. This must end. An executive order by President Biden should also incentivize states to end the war on drugs, where the large majority of incarceration for drugs takes place.

Second, President Biden should commute the sentences of people currently incarcerated for the war on drugs, and pardon people living with the consequences of this failed war. Candidate Biden committed to “reform[ing] the criminal justice system so that no one is incarcerated for drug use alone.” This is his chance to follow through on this promise by at the very least commuting sentences and pardoning people who fall under this category. That would be a good start.

Third, President Biden should direct federal funds to pilot new depenalization approaches to drug-related issues, as recently recommended in a report issued by the FXB Center for Health and Human Rights at Harvard University. This should include overdose prevention centers, where people can use illicit substances while under medical supervision and can access various treatments and referral services. Such models have existed for many years in countries such as Canada, Germany, and Denmark, and have reduced the likelihood of overdoses.

Fourth, President Biden should direct the Department of Justice to withdraw from litigation challenging overdose prevention centers that have been approved at the local level. As cities across the nation attempted to address record number of fatal overdoses, the Trump administration cracked down on cities and challenged them in court. President Biden should reverse this policy and refrain from filing new lawsuits.

Today, policymakers and the public alike are increasingly adopting approaches that treat substance use as a public health issue rather than a criminal justice one. This recognition is bipartisan, as the war on drugs has not differentiated between blue states and red states, and the public understands the importance of addressing addiction through public health measures. The Biden-Harris administration can begin healing our nation by moving decisively on this issue and beginning to repair the harm caused by 50 years of this failed war.