Coerced Out of Justice: How Prosecutors Abuse Their Power to Secure Guilty Pleas 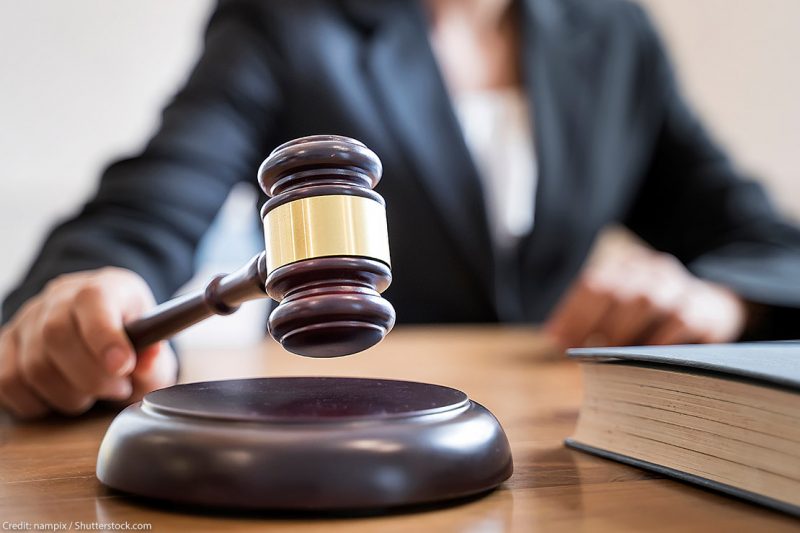 In a first-of-its-kind lawsuit, we’re suing Maricopa County prosecutors to stop them from retaliating against people who assert their rights during plea bargaining.

A prosecutor’s primary duty is “to seek justice … not merely to convict,” according to the American Bar Association. Prosecutors in Maricopa County’s Early Disposition Courts (EDCs) do precisely the opposite. The Maricopa County Attorney’s Office (MCAO) has an iron clad policy of making plea offers in the EDCs “substantially harsher” — their words, not ours — if an accused person seeks a preliminary hearing or rejects a plea offer to go to trial.

It doesn’t matter that the preliminary hearing — a defendant’s first opportunity to challenge whether the prosecution has enough evidence to proceed — is a right under the Arizona Constitution, or that the right to trial is enshrined in the Sixth Amendment. It also doesn’t matter if the person simply wants more evidence or is innocent of the crime. This blanket policy applies to every person in the EDCs, regardless of who they are or what they’ve done. It is also unconstitutional, and the ACLU and ACLU of Arizona are suing to stop it.

Unfortunately, if you believe your job is to convict people rather than to seek justice, this policy really gets the job done. Every year, thousands of people waive their rights and plead guilty under the weight of MCAO’s retaliation policy, terrified of receiving that “substantially harsher” offer. Worse yet, line prosecutors openly admit that the purpose of the policy is to extract quick pleas and avoid the hassle of complying with their constitutional obligations.

As one deputy county attorney put it in an email:

The purpose of EDC is to facilitate speedy resolutions … because once the case leaves EDC, MCAO must expend significant resources for trial preparation.

Another was even more blunt:

If we had to collect, review, and produce [body worn camera footage] in every case, or even the subset of cases where the defendant thought there was a legal or factual defense, given the high volume of cases in EDC, it would bog the entire system down.

Never mind that prosecutors accepted these cases from police in the first place, knowing full well they wouldn’t be able to try them while respecting the constitutional protections that defendants are entitled to.

The retaliation policy is particularly galling because Maricopa County initially created the EDCs to quickly move cases involving minor offenses or drug possession through the system and toward drug treatment and other services, in order to avoid convictions. Its website even claims that “most” EDC defendants are diverted. But this is false. MCAO’s own data shows that between 2017 and 2021, less than 7 percent of EDC cases actually ended in diversion.

Instead, MCAO funnels an ever-growing number of people through the EDCs with the express goal of quickly notching felony convictions. It’s important to note that prosecutor-led diversion is no panacea; prosecutors shouldn’t be in charge of things like drug treatment or mental health. However, it’s telling that MCAO says to the public that it supports helping people in need of treatment while quietly, quickly, and illegally convicting those people instead.

It’s clear why Maricopa prosecutors use the retaliation policy so aggressively: It’s in the best interest of prosecutors and their police partners. For example, the policy pressures the accused to waive their preliminary hearing. If MCAO doesn’t have the evidence, the hearing could kill or weaken the case, including by exposing misconduct by, or insufficient evidence from, the police. And even if the defendant doesn’t win the preliminary hearing, prosecutors must start producing more discovery thereafter. As the Arizona Supreme Court noted in 1919, the preliminary hearing exists to protect people from the “unwarranted zeal of prosecuting officers.”

It is little wonder then why MCAO is so fond of this policy: it eviscerates this vital check on their power, saves them work, avoids potential embarrassment, and still leads to convictions. In other words, the retaliation policy is the modern embodiment of the very unwarranted zeal the Arizona high court warned us about a century ago.

We are suing on behalf of all EDC defendants, now and in the future, who are either staring down the barrel of this horrific policy or have already succumbed to the unconstitutional pressure. For example, our client, Michael Calhoun, was arrested and charged for selling $20 worth of methamphetamine. Instead of diverting him into treatment — as MCAO claims is the goal of the EDCs — the office is offering him 10 years in prison. And if Mr. Calhoun rejects the offer or seeks his preliminary hearing, that draconian offer will get “substantially harsher.” He is currently weighing this unconscionable choice, terrified of dying in prison.

Coercive plea bargaining, of course, isn’t unique to Maricopa County, Arizona. Despite the constitutional guarantee of a trial by one’s peers, based on our review of MCAO data the vast majority of people nationwide who are accused of a crime resolve their case by pleading guilty. The U.S. Supreme Court has taken notice: “plea bargaining … is not some adjunct to the criminal justice system; it is the criminal justice system.” State and federal prosecutors around the country have increasingly wielded tools like mandatory minimum sentences, pretrial detention, and aggressive bargaining tactics to scare many of these people into deals they may not have taken otherwise. Coercive plea bargaining also disproportionately impacts poor and minority communities — communities that are already over-targeted by police, and often cannot afford lawyers or cash bail. This is going on everywhere; prosecutors in Maricopa are simply yelling the quiet part out loud. And we heard them.

Eliminating coercive plea bargaining is essential to ending mass incarceration. This case won’t do it alone. We need to push prosecutors and judges to be better; elect ones committed to change; and legislate away their most harmful coercive tools. This case is our first shot across that bow.