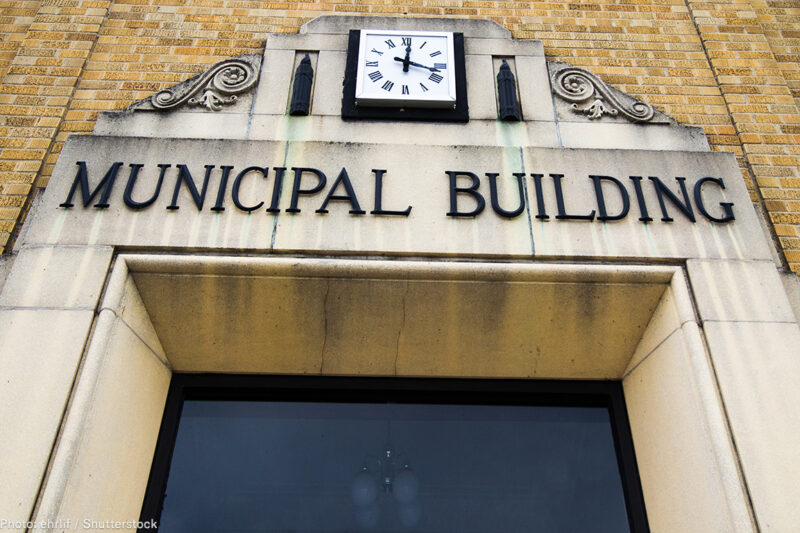 Update: 10/18/17:
Following the release of the ACLU of Colorado’s Report, Justice Derailed, Judge Daniel Powell resigned his position in the Alamosa Municipal Court.

Municipal judges have incredible power over the lives of the people who enter their courtrooms. When these judges refuse to follow the law and instead run their courtrooms like fiefdoms, they can ruin lives. This is starkly true for people already living in poverty who must appear in Colorado’s Alamosa Municipal Court.

In our new investigative report, “Justice Derailed,” we examine Alamosa’s local court, which operates under the sole leadership of Judge Daniel Powell. This court stands out for the frequency and seriousness of its constitutional abuses, which most often affect low-income individuals. The striking inequity in treatment between defendants with means and those without reveals the unfairness of a system that is supposed to be just, but which is actually the opposite.

While Alamosa is the focus of this report, it is not alone in its abuses. Colorado has more than 200 local city courts that deal mostly with low-level offenses, which are often tied to drug addiction and poverty.

For six years, the ACLU of Colorado has been investigating injustices in municipal courts. We have challenged debtors’ prison practices through letters sent to several municipalities and settlements reached in Colorado Springs and Aurora. We also brought evidence to the state capitol resulting in legislation to address debtors’ prisons, the lack of counsel in municipal courts, and lengthy waits in jail to see a municipal judge when an individual cannot afford to post bond.

While courts are meant to address violations of the law, many municipal judges violate the law themselves by abusing their power. Relying on the premise of “home rule,” municipal courts function virtually unchecked by outside scrutiny, operating outside the reach of the state’s well-regulated court system. In December 2016, Chief Justice Nancy Rice of the Colorado Supreme Court reported to the state legislature that because municipal judges are “hired by each city … we don’t have anything to do with these folks.”

Without meaningful oversight or accountability, civil liberties violations often remain unaddressed as it is extremely difficult to bring recalcitrant courts in line. That’s why the ACLU of Colorado produced “Justice Derailed,” which shines a light on one municipal court to show the damage caused by unaccountable local justice systems and makes a call for reform. By using transcripts, courtroom audio, and case summaries, the report demonstrates how Judge Powell has violated state law.

Despite recent state legislation targeting debtors’ prisons, Judge Powell has continued to use jail and the threat of jail to collect money from defendants who are too poor to pay their court debt. One such defendant was convicted of two traffic offenses and petty theft for stealing bottles of water. The defendant was required to appear at least nine times in court over seven months under the threat of jail to “check in” about his payment status. At each appearance, he explained that he couldn’t pay his fines of nearly $900.

The defendant was unemployed, caring for a sick loved one, and going through addiction treatment. Judge Powell told him there is “no excuse for nonpayment.”

The judge went on to say, “Make sure you have those payments made, or make sure you bring your toothbrush, because you’ll have to go over to the jail.” Judge Powell carried through with this threat when the defendant missed his next payment, issuing an arrest warrant.

In Alamosa Municipal Court, the right to counsel is another illusion of justice. There are no lawyers for defendants facing incarceration, even though almost all offenses in Alamosa are subject to possible jail time. In violation of the Sixth Amendment right to counsel, nearly all defendants plead guilty with the clerk — outside of court — without ever waiving their right to an attorney. They then proceed through to conviction and sentencing without representation. Worse still, Judge Powell denies counsel even when expressly requested. One defendant asked: “Can I have an attorney?” Judge Powell replied: “Let’s talk about your plea first.”

Municipal defendants, most of whom have not yet been convicted of anything and are innocent in the eyes of the law, often must stay in jail for weeks at a time, at significant cost to taxpayers, simply because they can’t afford the money bail set in their case. The Alamosa Municipal Court meets at most six days per month. Due to this infrequent schedule and Judge Powell’s penchant for setting unreasonably high money bond, defendants endure lengthy jail stays simply waiting to appear in court.

One defendant was convicted of petty theft of goods worth $7.45 and fined $570. On a payment date, she called to inform the court that she couldn’t make it in due to snow and road closures. Nevertheless, a warrant was illegally issued, and she was arrested, spending 8 days in jail waiting for the next session of court.

At this appearance, she asked, “Can I say something?” Judge Powell replied, “Nope.” Powell refused to reduce her bond to an amount that she could afford, so she remained in custody for an additional 34 days until her next court date. The total 42 days that she spent in jail cost the City of Alamosa $2,668.26.

Judge Powell’s practices at the Alamosa Municipal Court abused the Constitution and trampled on peoples’ rights. Since the release of “Justice Derailed” last week, the Alamosa City Council has been discussing ways to reform its municipal court. Unfortunately, similar abuses may be taking place in other municipal courts in Colorado, without scrutiny and damaging countless lives.