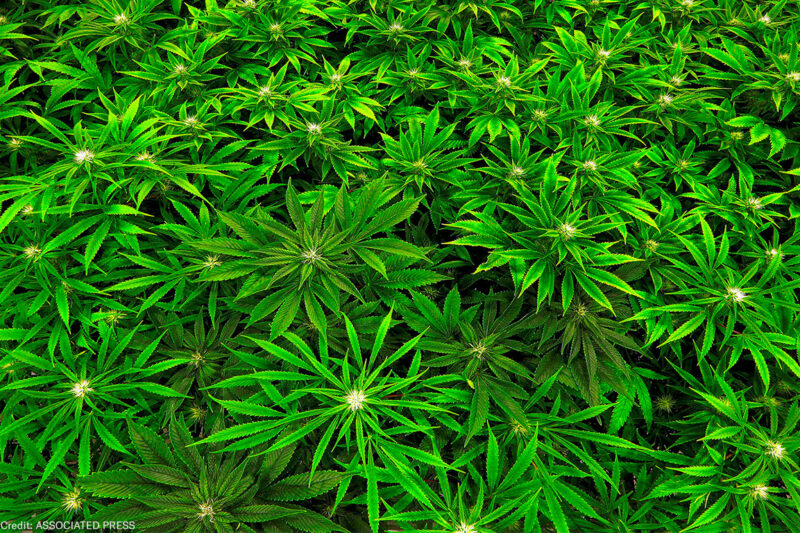 Illinois just passed what may be the most progressive marijuana legalization bill in America. Gov. Pritzker didn’t surprise anyone by signing the bill yesterday (he campaigned on the issue), and with the work of the state legislature Illinois is the 11th state to legalize marijuana for adult recreational use. This is a deceptively momentous criminal justice reform whose nuances show just why there cannot be justice in drug laws without equity. While a single bill cannot undo the damage rained by the war on drugs, and it cannot halt mass incarceration in a given state, in these 439 pages Illinois legislators not only called out the havoc of counter-productive drug enforcement but promised that the benefits of this important reform will be felt by the individuals and communities most harmed by the war on drugs, namely people of color and people with low incomes.

Marijuana legalization will touch thousands upon thousands of people. In Illinois alone, almost half of all drug arrests were for cannabis-related offenses. In 2010, two years before Chicago City Council decriminalized pot, over 33,000 arrests were made for marijuana possession. That’s 91 arrests for pot per day – the highest in the country, and most of these were for 10 grams or less. And while arrests rates for folks smoking weed has plummeted in Chicago (Illinois’ largest city) during the last few years, the rates of the disproportionate application of enforcement has remained atrocious. In fact, despite constituting 36 percent of the population of Chicago, in 2016 78 percent of all marijuana arrests were of Black people and less than 5 percent were of white people.

Unfortunately, this is par for the course in America; according to the ACLU’s analysis of marijuana possession arrests in the United States between 2001 and 2010, on average Black people are almost 4 times more likely to be arrested for pot than white people. In Iowa, D.C., Minnesota, and indeed Illinois, these disparities ran as high as 7.5 to 8.5 times.

Even with these numbers in mind, before we lift up an aspirational bill such as this one we must answer some critical questions: Does this law address the disparate impact the war on drugs has had on communities of color? What will happen to the criminal records of those who used during the decades of pot prohibition? And will the expansion of the new economic opportunities of the legal market benefit those who have suffered from racist police policies like stop-and-frisk and selective enforcement?

In short, will marijuana legalization be defined by racial and economic justice or not?

After 2014, when Illinois opened the state’s economy to the medical cannabis industry it became obvious that those individuals who face the harm of selective drug enforcement also “face greater difficulties accessing traditional banking systems and capital” needed to enjoy the boon of the market. These economic barriers were and are largely structural, and have their genesis in generations of economic disinvestment, segregation and discrimination that have long plagued communities of color.

Recognizing these harms, Illinois legislators have sought to develop robust programs and requirements that will “reduce barriers to entry for individuals and communities most adversely impacted by the enforcement of cannabis-related laws.”

Relatedly and importantly, “equitable and accessible” is the centerpiece of this legislation. The Cannabis Regulation and Taxation Act is filled with plans like funding programs in vocational colleges for those who want to learn the technical skills needed to start a cannabis business, agricultural training and skill building in low-income schools, grants to entrepreneurs impacted by cannabis enforcement, required hiring or training of formerly incarcerated people and/or their family members, as well as a guarantee of low-interest loans and many waivers for application fees needed for obtaining a license. For example, one section guarantees that 50 percent of the nonrefundable fee for a cannabis business license application will be waived for all qualifying applicants.

To guarantee that these equity mechanisms actually benefit those who have been disproportionately targeted in the drug war, the bill created a “social equity program” and the “business development fund” exclusively tailored to address barriers of access. This endeavor is reminiscent of the program implemented by the city of Los Angeles in 2017, but goes well beyond its precursors.

One of the funding mechanisms for these programs will be a 3 percent or $100,000 contribution from all medical dispensaries hoping to get early approval for recreational marijuana permits. This requirement is vital because it will ensure that instead of the rich and unaffected medical industry getting a head start on the market and, as a result, being unfairly positioned to acquire significant portions of the potential profits, the medical industry’s historic success in Illinois will be used to contribute to the development of new entrepreneurs and to empower those who have been left out of the medical weed industry due to structural racism and overcriminalization.

The business development fund is designed to give businesses whose employees and owners reflect the populations that have been most targeted by the war on drugs a chance to succeed under the new regulations. The fund will facilitate their receiving low-interest loans. In Illinois’ program these will be referred to as “social equity applicants.” The term and the benefits that come with the program will apply exclusively to those whose ownership or control is constituted by at least 51 percent of residents from a “disproportionately impacted area,” or “individuals who have been arrested for, convicted of…” a cannabis-related offense, or a family member of a person arrested for such a crime. This definition for social equity applicants adds to the innovations implemented by the city of Oakland in reaction to the deficits in California’s regulatory framework for marijuana.

To make sure those who need to learn about these changes get the word, the bill also mandated funds for outreach to disproportionately impacted communities. The outreach will also include predominantly bilingual and immigrant communities in Illinois, ensuring a level of diversity in the market that reflects the state’s demographics and empowers immigrant populations.

And just when you think Illinois’ bill did it all, there’s more.

The bill will also create oversight of the programs that will be at least partially composed of individuals disproportionately affected by the war on drugs, as well as doctors, members of the criminal defense bar, law enforcement officials, state representatives and community leaders. One such body, the office of the Cannabis Regulation Officer, has been charged with the duty of surveying and auditing any discrimination in the industry that may prevent women, the formerly incarcerated, minorities or folks with disabilities from entering the market.

This is what smart drug law reform looks like, and it is how we begin to repair the damage caused during the days of prohibition.

Similar to initiatives launched in Massachusetts and California, by using the revenue generated by taxation of the new recreational cannabis market, Illinois will begin reinvesting in the communities most hampered by the war on drugs. 20 percent of the money will be allocated to mental health and substance abuse programs and 25 percent will be allocated to the pioneering R3 program (Recover, Reinvest and Renew).

Using 1 in every 4 new dollars raised by the marijuana tax, the R3 program was designed to allow leaders who know their communities to retain local control on the development of community-based responses to the damage wreaked by bad law enforcement and generations of municipal disinvestment. The money will be allocated to organizations and innovators seeking to mend their streets through re-entry programs, substance abuse programs, job training programs, violence reduction projects and trauma-treatment centers.

Finally, in terms of expungement, the bill will employ the governor’s clemency process to automatically clear the records of anyone sentenced for a marijuana crime of 30 grams or less, and individuals who were convicted of crimes that involved higher amounts of marijuana (30-500 grams) will be empowered to petition the judiciary to vacate their conviction or seek the assistance of the state’s attorney in doing so. The State’s Policy Advisory Council estimated that more than 700,000 cases will be eligible for expungement as the bill goes into effect in January 1, 2020. This bill will change people’s lives.

Illinois has sought to take the lead in the legalization movement, and though as delineated here the bill has many positive aspects, it is not perfect. Because people won’t be able to smoke weed in public, individuals who are also prohibited from smoking in their homes, like those who live in federally-subsidized housing, or anyone with an intolerant landlord, remain at risk of fines or arrest, though the bill has done away with the threat of jail or criminal records for marijuana related offenses.

As we watch the 2020 Presidential elections begin to unfold, marijuana legalization will surely remain a key issue for those concerned with our criminal legal system, drug policy, and racial justice. More states need to learn from and mirror the efforts made by Illinois this year. Efforts to legalize marijuana for recreational use in New Jersey and New York have recently failed to gain sufficient support, but voters won’t stay patient for much longer. New Yorkers got very close last week, and the pressure is still mounting, as Attorney General Tish James reminded leaders of the NY Senate: “Over the past 20 years, New York has become the marijuana arrest capital of the world. With nearly 800,000 arrests for possession of small amounts…we have burdened several generations of young men and women with a criminal record for activity that is currently legal in 11 states…In 2016, more than four out of every five marijuana arrests involved either an African American or a Latino.” States nationwide should be taking their cues from Illinois. Legalization reforms are as monumental as they are necessary, and they should be enacted everywhere.