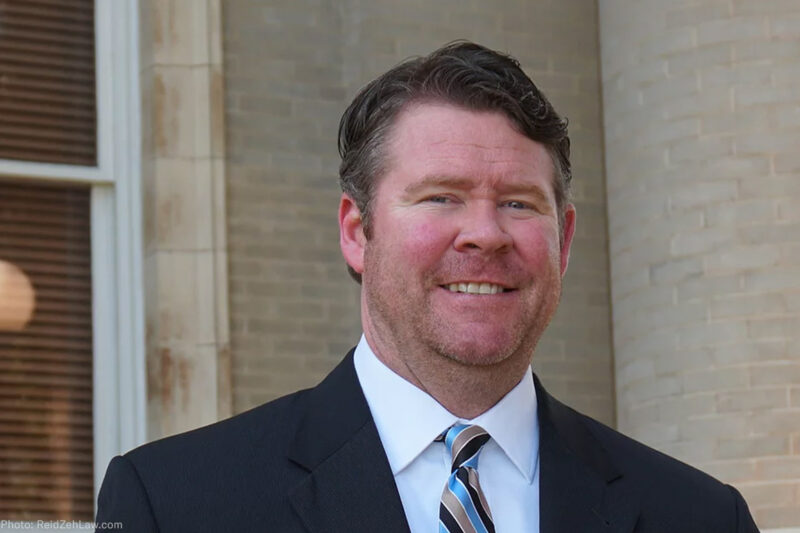 As the public defender for Glynn County, Georgia, Reid Zeh is entrusted with advocating for the most vulnerable members of his community when they come up against the criminal justice system. Rather than do his job, however, Zeh routinely ignores his clients or worse — extorts them to enrich himself.

That’s what happened when Robert Cox and his 75-year-old mother, Barbara Hamilton, came to Zeh for legal assistance after Cox was charged with a misdemeanor. Instead of looking out for his client’s interests, Zeh took advantage of the family by charging them $2,500 for services that should have been free-of-charge.

Zeh is paid a flat fee by Glynn County to represent people who can’t otherwise afford legal representation in their criminal cases. Hamilton and her son didn’t know that Zeh could not legally or ethically require payment from them. Nor did they know that the county was paying Zeh to provide public defense services.

Pushing Cox and his family to pay fees they didn’t need to was effectively the last time Zeh took an interest in Cox’s cases. In the last two years, Cox spent over 170 days in jail because he could not afford bail on various misdemeanor charges such as trespassing and misdemeanor theft and not once did Zeh visit him or help him request a bail amount he could afford. Zeh only met with Cox to process a guilty plea, but he was a ghost during Cox’s long periods of pretrial incarceration and first appearance in court.

That’s why this week we’re seeking permission from the court to add Cox and Hamilton to our lawsuit against Zeh for his role in perpetuating Glynn County’s wealth-based incarceration system and for failing to provide legal assistance to his clients who cannot afford a private attorney.

Zeh’s behavior towards Cox and his mother is consistent with the experiences of the original two clients in our lawsuit, Margery Mock and Eric Ogden. Mock and Ogden were held in the Glynn County jail in March on misdemeanor criminal trespassing charges because they could not afford to pay bail amounts that were automatically set over their freedom.

Like Cox before them, both Mock and Ogden required representation by Zeh because they can’t afford a private criminal defense attorney. Zeh did not meet with either of them or seek modifications to their bail that might have allowed them to walk free pending trial. It was not until the ACLU sued Zeh, Glynn County, and other officials on Mock and Ogden’s behalf that they were released from their wealth-based incarceration.

Zeh has had his own experiences with the Glynn County criminal justice system, but, tellingly, those have looked profoundly different than the painful, drawn-out, and costly ordeals he puts his own clients through.

On March 5, 2018, for example, Zeh was arrested on a charge of assault. Instead of languishing in a jail cell, though, he was able to afford bail and hire a lawyer. Then, just last week, Zeh was stopped by police after reports of property damage from a drunk driver. The police indicate that they found him driving under the influence after he allegedly ran into a woman’s front porch.

Rather than arresting him, the police issued him a citation and told him to not drive anymore that night. But he was later arrested when, later that same night, the police reported seeing him driving erratically after an apparent altercation with a woman. His bail was set at $1,690 on both charges, which he immediately paid.

While Zeh was able to buy his freedom immediately, our clients sat in jail for days, worrying about their families, financial stability, and personal security. Unlike Zeh, our clients suffered this fate because they did not have money to pay bail or hire a private attorney to help them.

Everyone accused of a crime, including Zeh, should be presumed innocent and have a fair chance to be heard in court. But in Glynn County, you only get a chance to have your story heard if you have the money to pay bail and hire a private lawyer. If not, you’re out of luck, because your public defender is more interested in taking your money than he is in advocating for you. We’re suing to hold people like Zeh and other local officials accountable, so everyone gets a fair chance to have their day in court.

If you’ve had a similar experience with the misdemeanor public defense system in Glynn County and would like to share more of your story, please reach out to info@acluga.org