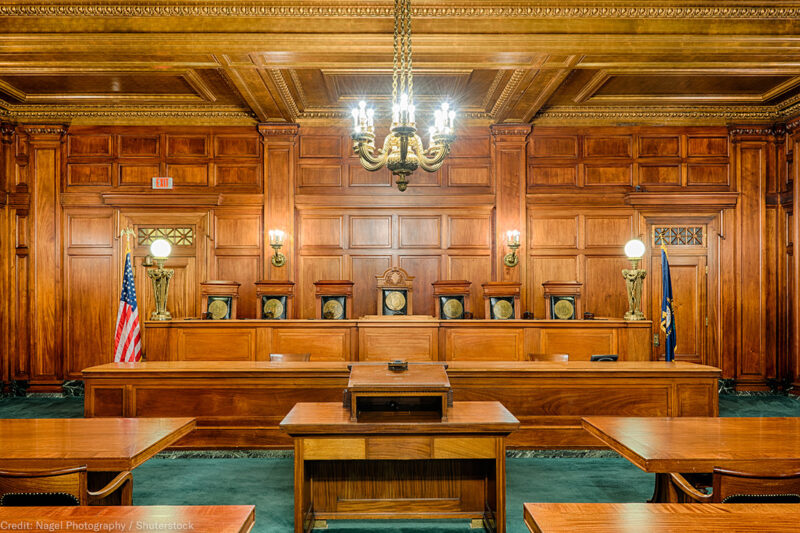 Alongside the major criminal justice reform headlines that came out of the midterm elections, a quieter trend also gained momentum through the ballot box: a budding, national threat to due process and the Fifth Amendment of the U.S. Constitution.

On Nov. 6, six states adopted, through ballot initiatives, what is known as “Marsy’s Law,” which enshrines a specific set of legal rights for victims of any crime — violent and non-violent — in state constitutions. Broadly speaking, providing rights to crime victims, such as notification if a defendant escapes custody, is a positive concept that we strongly support. But what the $71.8 million worth of ads and publicity for the six ballot measures didn’t mention is that Marsy’s Law directly targets defendants’ rights, including a bedrock of our criminal justice system – the presumption of innocence.

The Marsy’s Law campaign is the work of entrepreneur and philanthropist Henry Nicholas, whose sister, Marsalee Nicholas, was murdered in 1983 and whose family was confronted by the person accused of the crime while he was out on bail. Nicholas sought to prevent victims’ families from having to endure similar experiences.

Defendants’ rights, most notably the presumption of innocence, ensure due process, thereby limiting the government’s power of arresting and incarcerating anyone for any reason. The principle of innocent until proven guilty, for example, prevents the government from simply declaring the defendant guilty and forces it instead to present evidence and defer to a judge or jury to make any declaration of guilt before depriving someone of their liberty.

On the contrary, victims’ rights, as articulated by the Marsy’s Law campaign, are not rights against the state, and they are certainly not restrictions on state power. Instead, they are primarily rights against the defendant, which presuppose the guilt of the accused before a verdict has ever been rendered.

For example, Marsy’s Law grants victims the right to reasonable protection against the accused. Not only is “reasonable protection” not defined, but this right puts the cart before the horse because a right of protection that applies prior to a conviction effectively presumes that the defendant is guilty. Furthermore, it’s also unnecessary. The judicial system already provides for pretrial protections, like restraining orders, that can be sought outside of a criminal trial and without directly impacting the presumption of innocence.

Under traditional criminal procedure, a judge decides whether information sought by a defendant from a victim is relevant to the defendant’s case. Marsy’s Law, however, restricts the judge’s authority because of a victim’s new constitutional right to deny evidence. Moreover, because a victim would be able to refuse to provide information to the court and the defendant, a jury would be denied exculpatory evidence that is otherwise admissible under the rules of evidence.

Such fundamental due process denials strengthen the hand of government against the accused, eroding at least two foundational legal principles: the presumption of innocence and the right to defend oneself. The risk of mistakes, abuse, and even unjust convictions of defendants for crimes they did not commit would only increase.

And finally in some states, including Florida, a version of Marsy’s Law strives to limit the amount of time during which a defendant can appeal a conviction, including by allowing only five years to appeal a capital conviction. Yet more than 165 people have been exonerated from death row in the United States, with many of those exonerations coming only after years and years of appeals. In Florida alone, 28 people have been exonerated from death row. Limiting time for appeal could very well result in innocent people being left in prison — and even executed.

Before the midterm elections, 30 states already provided some type of legal rights to victims in their state constitutions without undermining due process. Nevertheless, Nicholas’s campaign continues to push his problematic version of victims’ rights legislation with success. In total, 11 states could soon have Marsy’s Law enshrined in their state constitutions, with the hurdle being ongoing legal challenges against the ballot process in a couple of states.

This is only emboldening Nicholas and his backers to keep pursuing what they’re really after — amending the U.S. Constitution with Marsy’s Law and further undermining the due process protections guaranteed by the Fifth Amendment.

If we are to have any faith in the criminal justice system, a defendant’s rights must be diligently and fully enforced. Nearly every day, we are confronted with headlines about the fallibility of our judicial system. The least that we can and must demand is that individuals confronted with the full force of the government have their rights against that state fully enforced. Otherwise, the integrity of our criminal justice system will only be furthered called into question — and rightfully so.