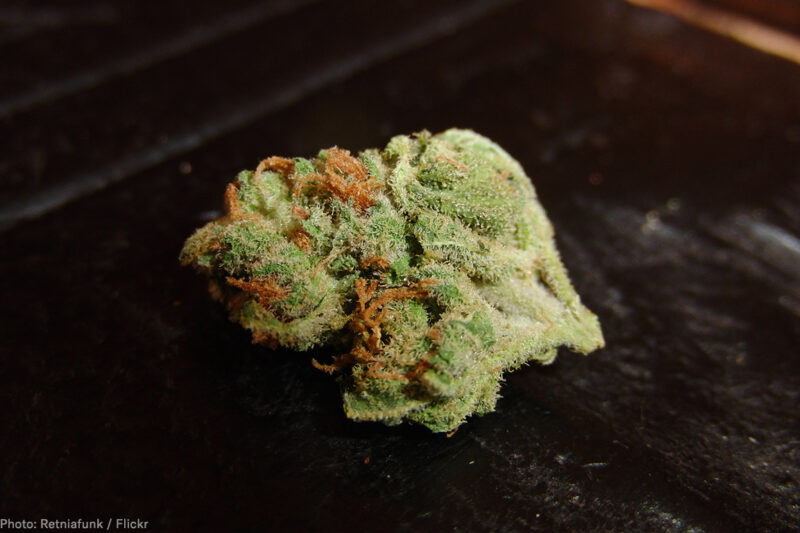 All of this for a substance that the majority of New Jerseyans and Americans — in both major political parties — believe should be legal.

New Jersey has only one real option: to legalize marijuana. But legalization alone is not enough. We need policies that advance racial justice to repair the damage wrought by discriminatory enforcement of drug laws.

With a new gubernatorial administration and state legislative session in 2018, legalization of marijuana possession for adults is within our sights. But we have to make sure it’s done the right way.

In New Jersey, Black individuals are arrested at three times the rate of whites, despite similar usage rates for both. some counties and municipalities, that ratio climbs exponentially: Black New Jerseyans are arrested at rates 5.5 times higher for marijuana possession in Ocean County and 31.8 times higher in Point Pleasant Beach.

To a degree, the summer influx of visitors to the Jersey shore explains some of the enormity of disparities in shore towns, where populations can quadruple and dwarf the smaller year-round population, which has different demographics from the vacationers. But these alarming disparities in beach towns are real, and they’re especially alarming given New Jersey’s long, well-known history of racial profiling.

Marijuana arrests have played a significant role in creating the unjust racial imbalances in our prisons and jails. Ending arrests for marijuana possession altogether, in a way that advances racial justice, would be a crucial step in confronting the unfairness that plagues our criminal justice system. It would also increase public safety by letting law enforcement focus on more serious crimes rather than marijuana possession – and members of law enforcement would be among the first to agree.

A simple marijuana possession arrest can have devastating consequences. Individuals face the prospect of jail time, hefty fines and fees, loss of housing, firing, ineligibility for financial aid, suspension of a driver’s license, and immigration consequences, to name a few.

Gov.-elect Phil Murphy ran on a campaign promise to legalize marijuana as a social and racial justice priority. If Gov. Murphy follows the standard candidate Murphy set for himself — to approach legalization as an issue of racial and social justice — any legalization bill he considers signing would have to include the following elements:

Automatic expungements. Currently, hundreds of thousands of New Jerseyans face the collateral consequences of a marijuana possession conviction. People who bear the burden of a conviction for an offense that’s no longer considered a crime need an efficient, fair mechanism to clear their names and fully participate in civic life. Otherwise, the onerous expungement process creates more hurdles for people who already face enormous barriers.

Fair regulations for the marijuana marketplace. It’s not enough to simply undo laws that have targeted communities of color. We need opportunities for all people to participate in the new cannabis market, not just the privileged few. First, people with convictions on their records should not be barred wholesale from entering the market. Second, we can’t have excessive licensing fees that stop all but the wealthiest individuals from entering the cannabis economy. And there should be a cap on the number of licenses that can be bought by corporate interests. Otherwise large companies could monopolize the state marketplace and leave the people of New Jersey by the wayside.

Community reinvestment. The hundreds of millions of dollars in tax revenue legal cannabis could generate should serve to help the New Jersey communities that have been ravaged by the war on marijuana and the war on drugs more broadly. That includes investing in community-based social services — such as counseling, drug treatment, reentry, and education — in the cities and towns that need it the most.

Home-grow provision. People should be able to grow marijuana in limited amounts for their personal use, especially given the hurdles to access for people with limited mobility or low incomes. For those who use marijuana for treatment, it allows them to grow the strains they need.

Nationally, eight states and the District of Columbia have created legal marijuana markets, all through ballot initiatives. The schemes in these states have contributed to an economic boon, but New Jersey can go even further.

At a time when President Trump and Attorney General Jeff Sessions are rolling back federal civil rights efforts and undermining criminal justice reform — with Sessions’ actually suggesting he’ll ramp up the failed war on marijuana — New Jersey has the opportunity to lead the nation by being the first state to pass marijuana legalization through legislation.

While a ballot initiative would embed legalization in the state constitution, it would do so only broadly — the details at the heart of legalization would be left to figure out later. The legislative process gives New Jerseyans a much better shot at a plan that doesn’t just make marijuana legal, but upholds the principles of racial and social justice in its execution.

The Garden State has the chance to show the country what it means to have a comprehensive racial justice approach to legalize marijuana, and it’s up to us to make our officials seize it.

Amol Sinha is the executive director of the ACLU of New Jersey and a member of Gov.-elect Murphy’s Law and Justice transition team.