The Police in Baton Rouge Don’t Like It When Protesters Exercise Their Rights, So We’re Taking Them to Court 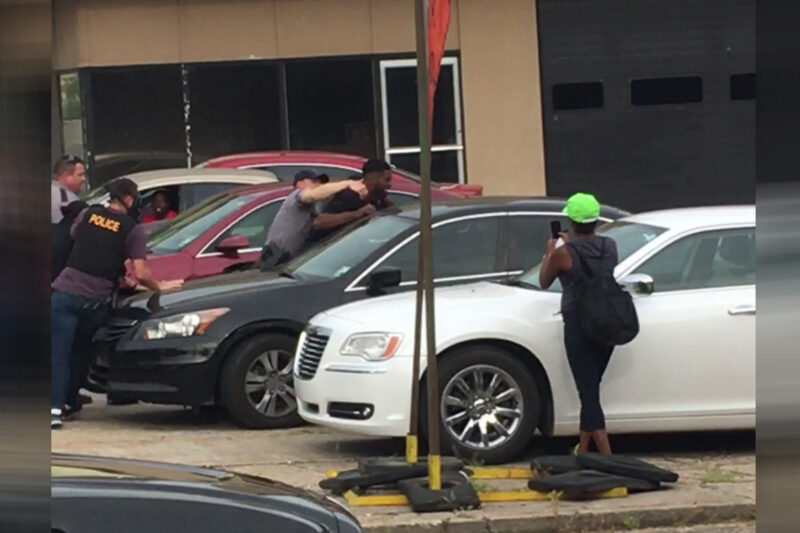 Since our very founding, the American people have taken to the streets and sidewalks to make their voices heard. Unfortunately, this week it’s the residents of Baton Rouge, Louisiana, who have good reason to partake in this historical tradition. On July 5, 2016, a Black Baton Rouge resident named Alton Sterling — a man who had committed no crime — was tackled, Tasered, incapacitated, and fatally shot at point blank range by two white Baton Rouge police officers.

The anger at Mr. Sterling’s death is immense. It is real. It is justified. And it deserves a voice.

So in our grand American tradition, residents sought to make their voices heard, to speak truth to power about police use of force, to object to the death of Black men in police custody, and to say that Black lives matter. To do this, they spilled out onto the city’s streets and sidewalks — the very places which the Supreme Court has described as having “immemorially been held in trust for the use of the public” as the place to exercise our constitutional liberties.

But it doesn’t appear that the law enforcement agencies in Baton Rouge care much for our Constitution, or for the liberties of its own citizens. Instead officers have shown naked hostility to the constitutional rights of the citizens they have a duty to serve. That’s why today the ACLU of Louisiana is going to court on behalf of community organizations like Black Youth Power 100 New Orleans, New Orleans Workers’ Center for Racial Justice, and Louisiana Chapter of the National Lawyers’ Guild to seek an emergency order to ensure that the police in Baton Rouge obey the Constitution. It’s not the first time an ACLU affiliate has stepped up to challenge the cops reacting to protests over police accountability — and while I hope it’s the last, it won’t be.

Constitutional rights — particularly that very First Amendment — are pretty robust, on paper. But as Black citizens of America know, for far too much of our history so many of those “rights” have had invisible whites-only asterisks attached. What’s new about modern protest is that our First Amendment rights are now often exercised on videotape, as are law enforcement’s reactions to speech and protest. And the livestreams coming out of Baton Rouge this week should cause grave concern. And recognition that we still have hard work to do translating those parchment rights to the streets.

Citizens peaceably exercising their rights to free speech and assembly have been met by police dressed in full riot or paramilitary gear. They have received confusing and conflicting demands from law enforcement officers, spoken through Darth Vader-style gas masks that make their commands barely audible. They have been arrested — or threatened with arrest — for peaceably gathering in public spaces, and these arrests have been effected with unnecessary and excessive physical force. Even journalists have found themselves spending time in Baton Rouge’s jail cells, just for monitoring the police response to the protests.

As this harrowing livestream shows, first the police told protesters to get off the street. So protesters went to the sidewalks. Then they were told to get off the sidewalks — and a private property owner offered refuge. So the cops told people the assembly was no longer lawful, and they’d be arrested. Where, exactly, do government officials expect their citizens to protest? It’s looking, unfortunately, like the answer is “nowhere.”

In short, law officers on the ground in Baton Rouge have done nothing to facilitate the constitutional rights to which they have each sworn an oath. Instead, they have met words with weapons, peace with violence. They have continually escalated a nonviolent protest into a full-scale conflict between the citizens and the police.

And it’s not okay.

Which is why we’re asking the federal courts to step in and ensure that our lofty constitutional rights are enforced on the ground — where they count.