For the Poor, Texas' Justice System Is a Maze With No Exit 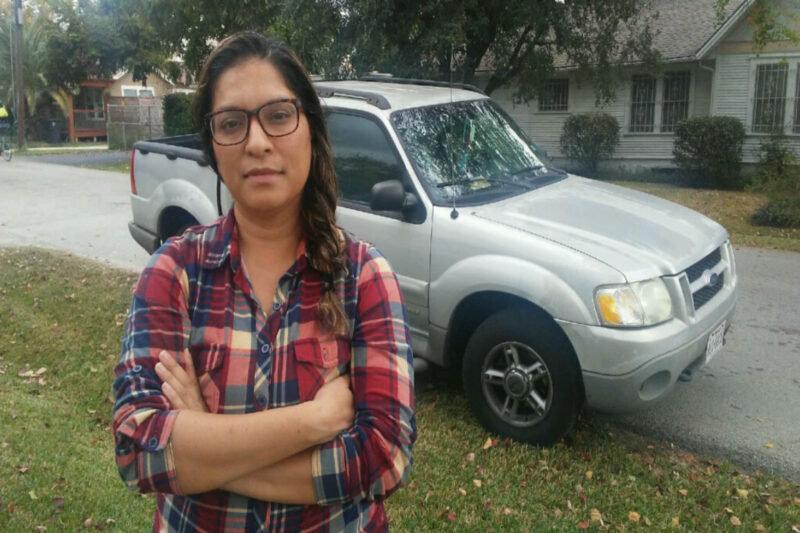 This piece was originally posted in the Houston Chronicle.

Dee Arellano had just parked her car in downtown Houston when she was approached by a police officer on horseback. The officer cited her because her vehicle registration had lapsed, a common infraction.

A single mother of an 8-year-old boy, Dee was spending what little income she had to feed her family and put herself through school so she could give her son a better life. This single infraction led to a five-year struggle to satisfy her financial penalties, a major factor in her decision to drop out of school. With the stroke of a police officer’s pen, a promising, hard-fought future was pushed out of reach — for a nonviolent and low-level offense like a traffic ticket.

As the ACLU of Texas details in a new white paper, people who can’t afford their traffic tickets find Texas’ criminal justice system a bureaucratic labyrinth from which there is no escape. We pile on fees and then punish the poor for being poor. In addition to the cost of a fine, jurisdictions tack on a host of other absurd charges — for example, an “indigent defense fee,” though indigent people are provided no lawyer for their defense — that make it almost impossible for low-income Texans to settle up with a single payment. And while judges can convert this unaffordable debt into a payment plan, there’s an additional fee for that, too.

Court-ordered payment plans can be merciless: Failing to make payments as ordered — a single day late, a single dollar short — triggers a cascading spate of consequences that can destroy livelihoods and devastate families. In addition to the warrant (and the warrant fee) generated by the late payment, state departments of public safety and of motor vehicles often levy additional charges and refuse to renew licenses and registrations until fines and fees are paid. Low-income Texans thus regularly find themselves unable to legally drive to the jobs they need to pay off their ever-expanding debt. The prospect of paying off this debt in full becomes so remote that people give up; many end up in jail, for what the law defines as nonjailable offenses.

What I often hear at this point in the story is, “Well, they shouldn’t have broken the law.” We agree: Everyone should receive a proportional punishment for speeding or failures to signal or lapsed registrations. No one should have their life derailed for these minor offenses. No one should go to jail for them.

All of us bear the costs associated with this broken system. Jails cost taxpayers money. Public safety is threatened when cops and judges spend all their time working as debt collectors. And this system still vastly and disproportionately affects people of color, perpetuating racial injustices with roots in the Reconstruction Era.

Two weeks ago, three plaintiffs represented by the ACLU of Texas filed suit against the city of Santa Fe, one of the worst abusers of this system. The plaintiffs are people who either have been or will be jailed for nonjailable offenses, all because they can’t afford to pay a fine.

Jail time shouldn’t depend on the size of your wallet. Our hope is to impose just, humane, and common-sense solutions that can be reproduced in jurisdictions throughout the state.

First, we must require judges to heed their existing legal obligations, tailor fines to what low-income defendants can realistically afford, and stop jailing defendants for their inability to pay. We must eliminate excessive and unfair court costs and fees that make it impossible for people to exit the criminal justice system no matter how hard they try.

And finally, we must ensure that everyone is informed of their rights and responsibilities when they find themselves in local court.

Dee Arellano was one of the lucky ones. In the end she managed to find a good job and pay off everything she owed without seeing the inside of a jail cell. But tens of thousands of other Texans will be caught in a maze with no exit until we reform our broken system.