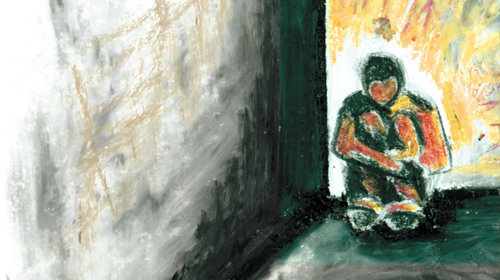 When children under 12 engage in exploitative sexual behavior, it is often a result of abuse or exposure to sex acts that they themselves have experienced. These children need mental health treatment and family interventions, not probation and blacklists.

Why then is the U.S. government prosecuting a young boy in federal court for behavior he engaged in when he was just 10 years old? The child, one of the youngest defendants ever pursued by the U.S. Department of Justice, is accused of engaging in sex acts with other young boys on a U.S. Army base in Arizona. Clearly, there are several children here who have been greatly harmed. But involving the criminal justice system in this sad story is likely to do much more harm than good. This is prosecutorial overreach, plain and simple.

This young boy was found delinquent on charges of aggravated sexual abuse against five boys between the ages of 5 and 7. As a result of his conviction, the boy was sentenced to five years’ probation, including mandatory psychological treatment. Additionally, he must register as a sex offender in certain states. This label will follow him for the rest of his life: when he struggles to find an apartment that meets sex offender residency requirements, when he has trouble finding a job because of his registration status, and when he is forced to wonder whether he will face ridicule from neighbors, friends, and colleagues who discover he’s a registrant. As the ACLU has argued, sex offender registration laws do not prevent sexual victimization and in fact make it harder for law enforcement to focus its resources on the truly dangerous individuals – all while ostracizing registrants and diminishing the likelihood of their reintegration into society. While the mandatory psychological treatment could help this child, the progress he makes may well be undermined by the consequences of having to register as a sex offender.

We struggle to understand how anyone could think that probation, followed by sex offender registration, is the only way to protect other children and save this child. Are these federal prosecutors so fundamentally misguided that they actually believe their actions are promoting justice?

Apparently so. Bruce Ferg, the U.S. Attorney prosecuting the case, stated that he believed that “this is the best thing that could’ve happened to the kid.” He has asked, “What can we do with this child to make sure this doesn’t happen again?”

We’re glad you asked, Mr. Ferg. Studies show that adolescent sex offenders are more responsive to treatment, and that the overall recidivism rate for adolescent sex offenders, especially those who offend against young children, is relatively low. The truth is that there is no evidence to suggest that the only way to stop a 10-year-old boy from committing crimes is to subject him to the federal criminal justice system as a pre-teen and sentence him to a lifetime of discrimination as a sex offender registrant. One of the goals of our criminal justice system is rehabilitation, and this goal is even more important when the defendant is a child. There are better ways to help this boy than placing him under correctional control.

Fortunately, this child’s fate may not be sealed yet. The Ninth Circuit U.S. Court of Appeals is now reviewing his case, and the question on appeal is an important one. The statute under which he was charged bans sex acts with children under 12, but it does not specify how old the offender must be and provides no clear guidance regarding who is the victim and who is the offender when both parties are under the age of 12. The Ninth Circuit is evaluating whether this ambiguity makes the statute overly vague.

This case presents an opportunity for the Ninth Circuit to address fundamental problems underlying our treatment of juvenile sex offenders. Will we do what studies have shown works – treatment – or subject this middle school-age boy to a lifetime of unproductive correctional control? Given that child sex offenders are often victims themselves, treating them like victims, instead of like criminals, is the best way to help them recover and not offend again.