The Right to Due Process in Detention: Jennings v. Rodriguez 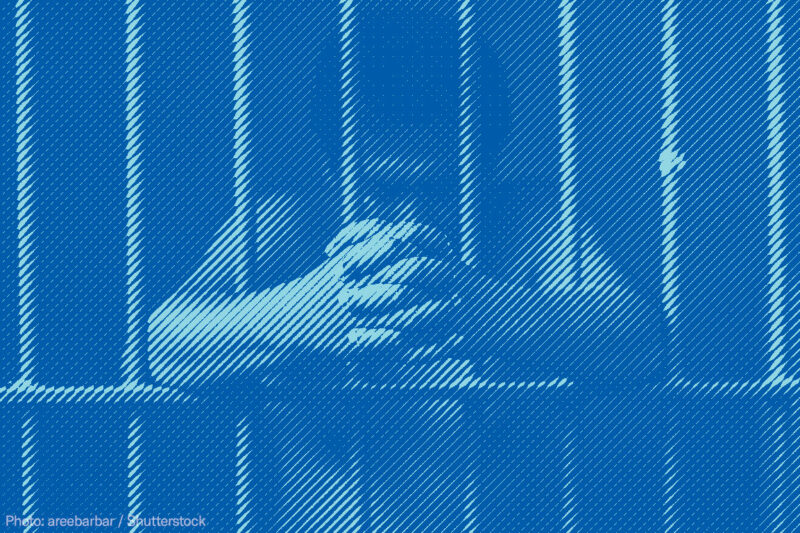 This case began in May 2007 with a basic question: Can the federal government lock someone up, for months or years, without a hearing to determine if his or her imprisonment is justified? Shockingly, at the time, the answer in the most of the country was yes — that is, if the person is an immigrant facing deportation proceeding, even he or she is legally in the United States.

How did this case come about?

The ACLU brought a class action lawsuit challenging the government’s practice of detaining immigrants — including many green-card holders and asylum seekers — for months or years without due process. In 2013, the Court of Appeals for the Ninth Circuit handed down a victory for our plaintiffs and upheld an order requiring bond hearings for detainees locked up six months or longer while they fight their deportation cases. In 2015, the Ninth Circuit expanded its ruling and stipulated that the government must provide individualized bond hearings to assess danger and flight risk for immigrants when detention exceeds six months, and every six months thereafter. The ruling introduced basic due process to the federal immigrant detention.

In May 2016, the federal government asked the Supreme Court to review the Ninth Circuit’s ruling. On Oct. 3, the justices will hear arguments over whether detained immigrants should have the right to a bond hearing or if the government can lock people up for years without meaningful review.

Who are the plaintiffs?

Alejandro (Alex) Rodriguez, the lead plaintiff, was imprisoned for more than three years without ever receiving a bond hearing while he went through deportation proceedings. Alex immigrated to the United States from Mexico with his parents as a baby, and grew up as a lawful permanent resident.

As an adult, Alex worked as a dental assistant to support his two children. But he also ran into legal trouble and was convicted of joyriding and misdemeanor drug possession. Immigration agents put him in detention after the second conviction and began deportation proceedings to send him to Mexico. Three years after he was first locked up, the ACLU filed a lawsuit on behalf of Alex and a class of immigration detainees in the Los Angeles area, arguing the government has no right to hold people for more than six months without a hearing before an immigration judge to determine whether their detention is justified.

After the ACLU filed suit, the government released Alex from custody. Ultimately he won his immigration case and kept his legal permanent resident status.

The case also includes thousands of asylum seekers who have come to this country fleeing persecution from abroad. Many of these people will ultimately win their cases, but until then, are also subject to prolonged detention.

What’s the constitutional principle at stake?

The right to a hearing is a fundamental due process requirement. In this case, the ACLU does not seek anyone’s immediate release. In the appeals court, we fought for and won on the principle that immigrants should be given the opportunity to present their case to a judge, allowing that judge to decide whether the detainee could be released without risk of flight or threat to public safety.

Because of that ruling, thousands of immigrants have been allowed to return to their families and communities while they contested their deportation cases. A reversal by the Supreme Court would permit individuals to be held without due process in a broken and brutal detention system.