The Use of Killer Robots By Police 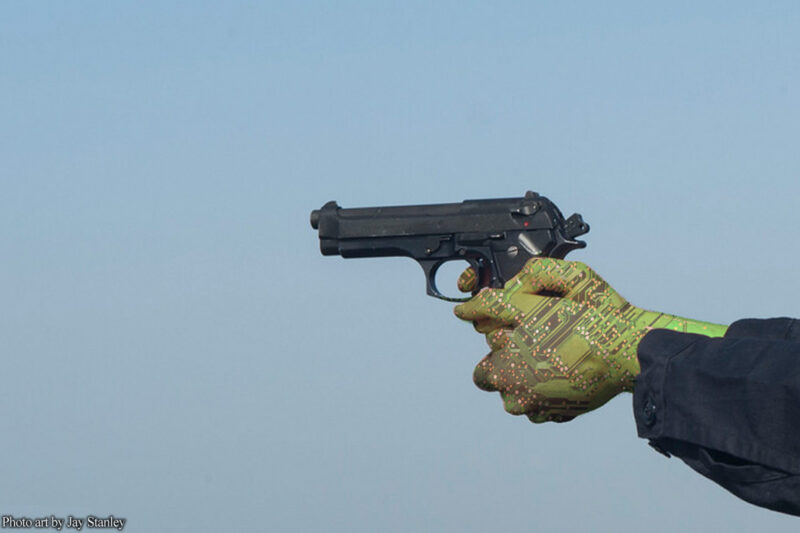 This past July, Dallas police used a ground robot to kill a man who had killed five police officers in a mass shooting. The incident kicked off a national discussion about lethal robots and what role if any they should have in law enforcement.

Our biggest concern is that armed robots will be over-used. As robots allow deadly force to be applied more easily and with less risk to police officers, and as they get cheaper and more commonplace, there is a risk that they will turn into yet another avenue for abusive behavior by some in law enforcement. Although we still don’t know the precise details of what happened in Dallas, we can say that it might be appropriate in certain extraordinary situations to use remote-controlled robots to kill where the use of lethal force is justified. But robot use of force raises significant questions that should be considered by American communities and the law enforcement agencies that serve them.

As a legal matter the use of force by law enforcement is governed by the Constitution, and the particular weapon that is used does not necessarily change the constitutional calculus. When a law enforcement official uses lethal force against a citizen, it generally makes no difference legally whether the weapon used is a remotely controlled robot, a firearm in the hands of a police officer, or a fist. The legal analysis will always require an assessment of whether an individual posed an imminent threat to others, and whether the use of lethal force was a reasonable last resort under the circumstances.

Sometimes the nature of a weapon used does matter. If a use of force delivered by robot is likely to cause significant pain and suffering that shocks the conscience, or is so unreliable that it is likely to cause collateral damage, the use of that particular weapon may in fact be unreasonable and thus unconstitutional. That is why the police could not constitutionally use chemical weapons, which would cause a horrible and prolonged death, and be likely to harm bystanders.

In addition to constitutional considerations, robot uses of force may also be governed by state or federal statutes, as well as local regulations and codes of conduct.

Beyond the legal considerations, there are other factors that policymakers should keep in mind as police departments contemplate this kind of tool:

It is easy to think up scenarios where weaponized robots might save the day, but such scenarios are likely to be rare—and meanwhile the potential for abuse and overuse is so significant that policymakers should closely monitor police departments’ acquisition of and involvement with such machines. Even though the use of lethal remote force can be constitutionally permissible, a wholehearted embrace of such devices by law enforcement would be dangerous.

All of the above applies to robots under the remote control of a live human operator. The use of force by fully autonomous police robots is an entirely separate issue, and one that this nation is far from ready to contemplate.

These policy questions may become more pressing as technology advances. Although in Dallas, the deadly robot was improvised on the scene using a device intended for bomb disposal, since that event vendors have been citing it in attempting to sell robots specifically designed to deliver lethal force. It wouldn’t be surprising if lethal drones become an entire product category—and the very presence of these tools on the shelves and in the training regimens of police departments will increase the likelihood of use. Certainly we want our police forces to be prepared—but it’s also true that when you have a hammer, everything looks more like a nail.

Robots will likely become more advanced, diverse, and integrated into our society, and steadily cheaper. Even in the absence of specialized killer robots, the overall increased speed, precision, and adaptability of robots will make it easier to repurpose other robots for killing. They will also gradually become more autonomous in the sense that they are able to do things like navigate around obstacles and aim weapons without fine-tuned control by humans. In short, the technological obstacles to using a robot to kill will become ever-smaller. That’s why strong policies restricting their use to emergency situations are vital.