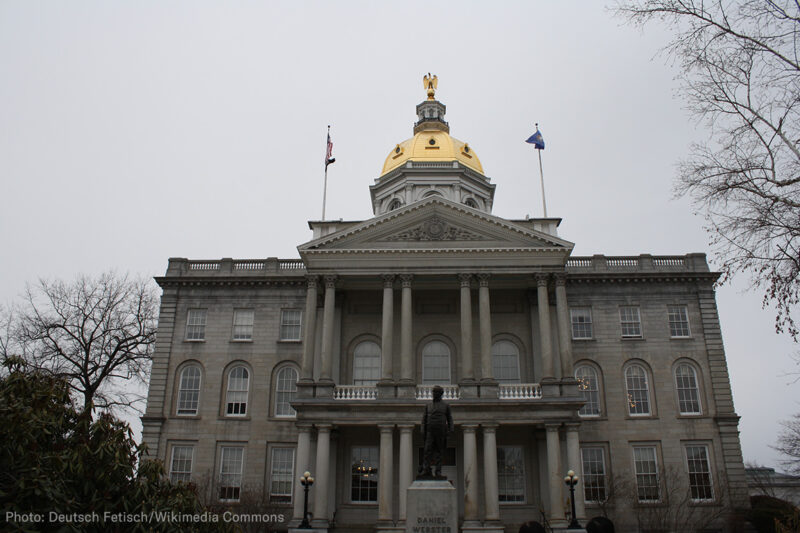 Marsy’s Law has hit resistance in states in which legislatures must approve a constitutional amendment before it goes to the voters. The New Hampshire House of Representatives recently voted down Marsy’s Law by a vote of 284 to 51. The Idaho Legislature voted down similar legislation for the second time this year. However, Marsy’s Law will be on the ballot in a handful of states wherein only signatures are needed to put an issue before the voters in November. The potential impact of Marsy’s Law, both at the state and national level, warrants national attention and alarm.

Marsy’s Law is premised on the notion that victims should have “equal rights” to defendants. This opening salvo is a seductive appeal to one’s sense of fairness. However, the notion that victims’ rights can be equated to the rights of the accused is a fallacy. It ignores the very different purposes these two sets of rights serve.

The U.S. Constitution and all 50 state constitutions guarantee defendants’ rights because they are rights against the state, not because they are valued more by society than victims’ rights. Defendants’ rights only apply when the state is attempting to deprive the accused – not the victim – of life, liberty, or property. They serve as essential checks against government abuse, preventing the government from arresting and imprisoning anyone, for any reason, at any time.

Victims’ rights are not rights against the state. Instead, they are rights against another individual. The Marsy’s Law formula includes the rights to restitution, to reasonable protection, and to refuse depositions and discovery requests, all of which are enforced against the defendant. Such rights do nothing to check the power of the government. In fact, many of the provisions in Marsy’s Law could actually strengthen the state’s hand against a defendant, undermining a bedrock principle of our legal system — the presumption of innocence.

This risk further underscores one of the overarching concerns about Marsy’s Law: It pits victims’ rights against defendants’ rights. Creating such a conflict means that defendants’ rights may lose in certain circumstances. This result accepts that defendants’ rights against the state will be weakened or unenforced in some cases, potentially at a significant cost to constitutional due process. In other words, the chances that an innocent person could be convicted of a crime they did not commit could potentially increase. The proponents of Marsy’s Law may not intend for this outcome, but nothing in their formula prevents it.

There are ways of guaranteeing victim’s rights without making constitutional mistakes. For instance, in New Hampshire, our comprehensive victims’ rights statute preempts conflict between rights by stating that victims’ rights shall be enforced “to the extent . . . they are not inconsistent with the constitutional or statutory rights of the accused.” This language recognizes that victims’ rights may come into conflict with defendants’ rights and that our justice system works only if defendants’ rights against the state are upheld.

Marsy’s Law has no comparable language.

Thirty-five states include some version of victims’ rights in their constitutions, but only five states—California, Illinois, Ohio, North Dakota, and South Dakota — currently do so using the problematic Marsy’s Law formula. Many states have enshrined language that is unique to their state and that works with their statutes. By contrast, Marsy’s Law is in no way tailored to any one state’s existing laws. Put simply, the Marsy’s Law formula amounts to a constitutional experiment for any state that adopts it.

Would it prevent the release of names or crime reports? Would it reduce the amount of information that press outlets are allowed to provide to the public regarding crimes? Could it give a victim and their attorney control over the limits of a victim’s testimony at trial?

Too much of the Marsy’s Law narrative is abstract, obscuring what the implications would be for our legal system. The multi-million dollar campaign that comes with Marsy’s Law focuses on the intent of the law. But, well-meaning intent does not cure bad language. The concern over ambiguous language and unintended consequences are particularly acute because, unlike a statute, if problems arise with a constitutional experiment, legislators’ hands are effectively tied. To change even a few words requires another constitutional amendment.

To oppose Marsy’s Law is not to oppose victims’ rights. Rather, it is to oppose the highly problematic formula that is Marsy’s Law. There are many ways that states could better support crime victims: additional resources for services, more education about existing victims’ rights, and improvements to statutory rights. It is false advertising to suggest that the only or best option is through a one-size-fits-all constitutional amendment.

We should set the highest of bars for constitutional amendments. Once language is added to a state constitution, it is etched in stone. This is all the more so when talking about the U.S. Constitution. Constitutions are not science labs, and states should be leery of experimenting with Marsy’s Law.