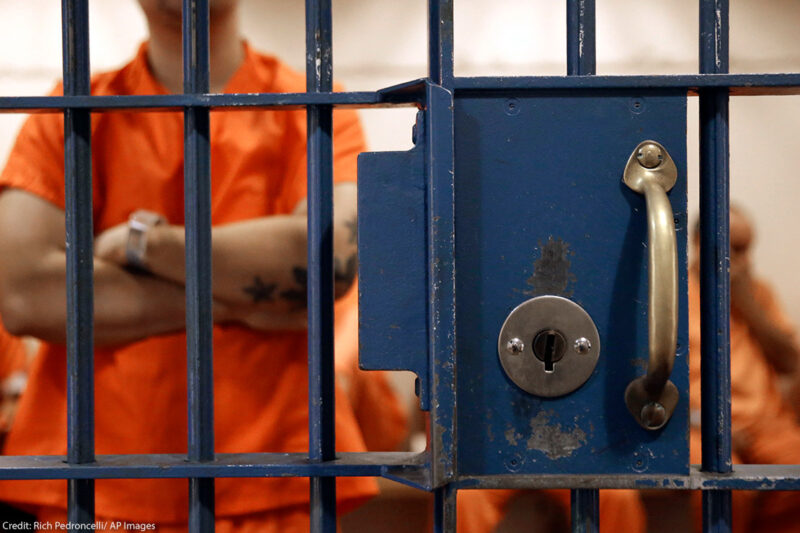 Crime is not a monolithic problem, and jailing people cannot fix it.

If you follow major news outlets, you probably keep hearing about a “crime wave” caused by bail reform. It’s a false narrative. Bail reform is a success — releasing more people from jail by minimizing or eliminating cash bail works. More people get out of jail and get home to their families, without any jump people skipping town, and without any jump in crime.

There is a serious, newsworthy issue that warrants attention: an increase in homicide rates. This issue deserves an adult conversation that we’re not getting from major media outlets. Instead, reporters rely primarily on police sources who point to bail reform as the explanation for increased homicide rates. Article after article parrots this claim as fact — with no evidence whatsoever. With frustrating frequency, government officials and reporters assume that crime is a monolithic problem and jailing people fixes it. This narrative is false and irresponsible. Here are the facts:

There is not a “crime wave.” Homicide rates increased in 2020, at the same time that other crimes declined and remain at historic lows. Recent reports of a spike in shoplifting are largely unsupported. The real question is why there is a short-term increase in homicides while other crimes continue to decline. Responsible discourse would focus on how nationwide changes that began in 2020 — like social and financial disruption from the pandemic, or significant increases in gun purchases — may have contributed to this universal increase in homicides.

Local investment does lower homicide rates. Although homicide rates rose across the country, homicides remain concentrated in a handful of neighborhoods. Public discourse should center the needs of people who live in these neighborhoods, not leverage violence as a talking point to advance a political agenda. Locally guided investments in physical attributes like streetlights, parks, and public transportation; economic opportunity like youth summer employment; and social connections like violence interruption programs are all associated with drops in homicide and violence.

The false narrative that bail reform increases crime is also borne of poor reporting on what “bail reform” actually means. Bail reform policies ensure that judges appoint a defense lawyer, hold a bail hearing, and jail people only if evidence shows that it’s necessary. The idea is that judges should have good reasons to detain people, rather than picking a bail amount and leaving it to chance whether people can afford to pay for their release. We’re talking about basic constitutional safeguards against arbitrary detention that destroys lives. It’s not exactly radical.

When judges take these reforms seriously, the result is that many more people are released — without any negative effect on public safety. Releasing more people actually has a positive effect on public safety, because the faster that people reconnect with their families and fulfill their everyday responsibilities, the less likely they are to be rearrested. Releasing people from jail also alleviates the risk of death and severe illness — and the certainty of suffering — imposed on people incarcerated in our local jails. Reporting that scapegoats bail reform acts with callous disregard for the human cost of relying on cash bail. At a minimum, fair and accurate reporting should critically examine the assumptions that officials make about crime rates and their link to incarceration.