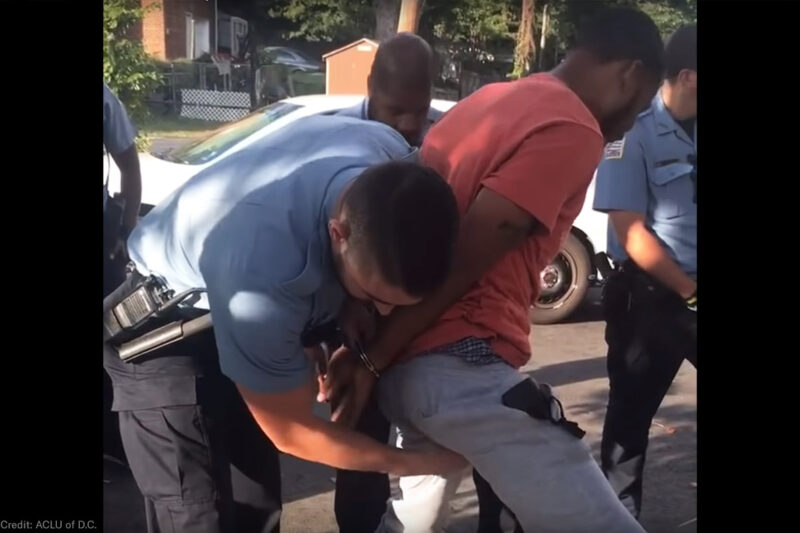 Late one September afternoon in 2017, on an ordinary residential street in a predominantly African-African neighborhood of the nation’s capital, M.B. Cottingham and his friends had gathered to discuss how to celebrate his birthday that evening. Someone popped a bottle of champagne.

And then everything changed.

In what D.C. residents (and even a federal appeals court judge) recognize as common practice in the city, police cars rolled up and the officers jumped out to confront this group of African-African men congregating peacefully on the streets of their own neighborhood. Though the officers had no reason for suspicion, they demanded to know if the men had guns. The men all said no.

One officer approached Mr. Cottingham, a lifelong D.C. resident who works as an ice-cream vendor, selling frozen treats out of a truck. The officer, Sean Lojacono, asked Mr. Cottingham about a bulge in his sock. Mr. Cottingham pulled out a legal amount of marijuana and — having been stopped and frisked countless times by D.C. police since he was 14 and hoping to keep the situation from escalating — volunteered to let the officer frisk him.

What happened next was shocking both to Mr. Cottingham and the thousands of viewers who would later watch the video of the incident online. 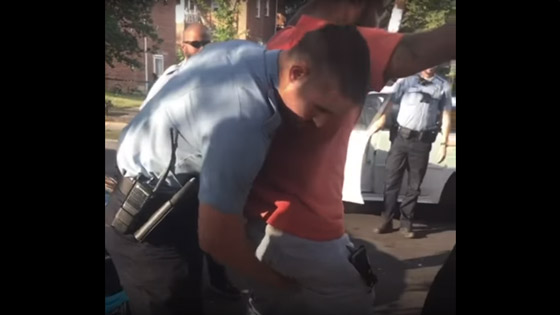 Ranging far beyond what should have been a limited pat-down for weapons, Officer Lojacono jammed his fingers between Mr. Cottingham’s buttocks and grabbed his genitals. Mr. Cottingham physically flinched and verbally protested, making clear that this highly intrusive search was not within the scope of the frisk to which he had consented. Officer Lojacono responded by handcuffing Mr. Cottingham and returning to probe the most sensitive areas of his person — two more excruciating times.

No warrant, probable cause, reasonable suspicion, or consent justified the scope of these probes, which were conducted in broad daylight in public and with no other discernible reason than to humiliate and degrade Mr. Cottingham and to display the officer’s power over him.

“Once he thrust his finger in my bottom, I wanted to turn around and punch him in his face,” Mr. Cottingham said afterwards. “But the thought that kept running across my mind is, they gonna kill you. I thought about teddy bears being up under the tree or becoming a hashtag. I have kids that I have to live for.”

Depressed, humiliated, and feeling defeated after what he had experienced, Mr. Cottingham turned inward. He didn’t want to go outside. He could barely bring himself to work his ice cream truck. His side-career as a musician that had been taking off, with paid gigs, now fizzled as Mr. Cottingham lost his drive to perform. He hasn’t performed since the search. Meanwhile, Officer Lojacono remains on the D.C. police force.

Last week, we sued Officer Lojacono on Mr. Cottingham’s behalf for the violation of his Fourth Amendment right against unreasonable searches and seizures. We have asked a jury to assess the appropriate amount to compensate him for what he has suffered and continues to endure, but the case is not ultimately about money.

Mr. Cottingham is suing for his dignity. He is asserting his basic humanity. He is standing up for his community, too often disrespected by police and viewed as potential suspects rather than as neighbors, employees, friends, and family members.

Sadly, we know that for every Mr. Cottingham who has his story captured on video and brought to public attention, there are many more here in D.C. and across the country who suffer this kind of abuse at the hands of law enforcement without recourse or redress — including some whose names do become hashtags.

That is why it is so important that Mr. Cottingham came forward, despite the trauma of what he experienced, to assert his rights, to call attention to the practice of stop and frisk and the abuses that follow, and to shine a light on a harsh reality that many communities of color face.