When Your Constitutional Rights Are Violated but You Lose Anyway 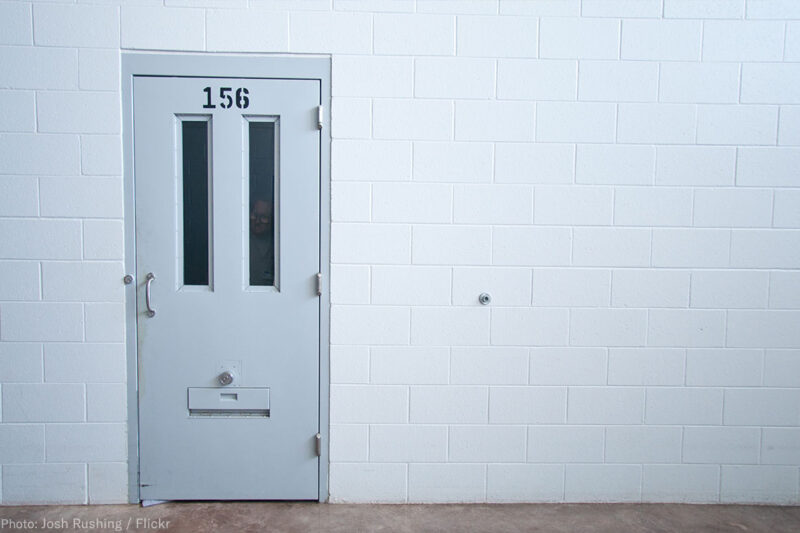 Beginning in 2010, a Connecticut man, Almighty Supreme Born Allah, spent over six months in solitary confinement. He was alone for 23 hours a day, allowed to shower just three times a week in underwear and leg shackles, and permitted only one 30-minute visit each week with a family member, whom he was not allowed to embrace, let alone touch. Studies have shown that this kind of isolation can result in clinical outcomes similar to those of physical torture, which is why numerous international human rights bodies have condemned the prolonged use of solitary confinement.

The twist on this twisted set of punishments?

Allah had not been convicted of a crime when he was put in solitary confinement. He sued, and four federal judges agreed with Allah that this treatment during pretrial detention violated his constitutional rights. And yet, he lost his case because of a rule called qualified immunity that the U.S. Supreme Court created in the 1980s. As William Baude, a constitutional law professor from the University of Chicago, explains, “[t]he doctrine of qualified immunity prevents government agents from being held personally liable for constitutional violations unless the violation was of ‘clearly established’ law.”

To understand how this works you have to start with a federal law called section 1983, which holds state and local government officials liable for money damages in federal court if they have violated constitutional rights. This law has been on the books since 1871, and it was originally enacted to stop law enforcement from ignoring the lynching of newly freed Black citizens.

But while section 1983 was intended to increase accountability for government officials who break the law, the Supreme Court created a giant loophole that undermines that goal, making it virtually impossible for government officials to be held personally liable for wrongdoing. That loophole is qualified immunity, which either the Supreme Court or Congress could fix to ensure constitutional misconduct does not go unpunished.

Since the creation of qualified immunity, the rule has snowballed out of control. As the judges on Allah’s case explained, the rule now allows “all but the plainly incompetent or those who knowingly violate the law” to defeat lawsuits brought by the victims of government overreach. The result, as Justice Sotomayor recently argued in a dissent, is that “palpably unreason­able conduct will go unpunished.”

In 1979, the Supreme Court held in Bell v. Wolfish that under the Constitution’s Due Process Clause, pretrial detainees cannot be punished. Restrictions on a pretrial detainee’s liberty, the court concluded, have to be “reasonably related to a legitimate nonpunitive governmental objective.” If the restriction is “arbitrary or purposeless,” however, “a court may permissibly infer that the purpose of the governmental action is punishment that may not constitutionally be inflicted upon detainees.”

Under Bell, in other words, the government can hold people in jail to make sure they show up to their trial and can also limit exercise time in jail for the sake of keeping order. But the government cannot subject pretrial detainees to harsh conditions just to punish them. And this matters because a staggering 465,000 people are in pretrial detention on any given day in America.

Explaining this rule in Bell, the Supreme Court said:

“[L]oading a detainee with chains and shackles and throwing him in a dungeon may ensure his presence at trial and preserve the security of the institution. But it would be difficult to conceive of a situation where conditions so harsh, employed to achieve objectives that could be accomplished in so many alternative and less harsh methods, would not support a conclusion that the purpose for which they were imposed was to punish.”

Yet in 2010, when Allah was in jail pretrial, he was kept in solitary confinement. He sued the jail officials he claimed were responsible for violating his rights and four federal judges agreed with him that this treatment was unconstitutional — first, the trial-level judge, and then three judges assigned to the case on appeal. According to one of the judges who ruled on Allah’s case, the jail officials failed to provide any justification why this was necessary even though “the extremity of the conditions imposed upon Allah come perilously close to the Supreme Court’s description of ‘loading a detainee with chains and shackles and throwing him in a dungeon.’”

When four federal judges agree that your rights were violated, that should mean there’s some kind of remedy, right? Wrong.

Despite the similarity between what the Supreme Court said was unconstitutional in 1979 and the conditions of Allah’s pretrial confinement, two of the three judges who heard Allah’s case on appeal concluded that qualified immunity shields the jail officials from liability — meaning Allah has no recourse for the infringement on his rights.

And he’s not the only one.

Now Allah is asking the Supreme Court to hear his case and to reconsider qualified immunity. The ACLU has joined forces with 14 organizations to file a friend-of-the-court brief in support of Allah’s ongoing fight for justice. This coalition includes organizations representing a broad range of ideological perspectives — from criminal justice reform groups to law enforcement. The ideological diversity of our coalition is a clear indication of a larger truth: People across the political spectrum and from many backgrounds believe in a robust remedy when the government violates an individual’s constitutional rights.

This diverse group has come together to urge the Supreme Court to abandon or reform qualified immunity so that victims of official misconduct can hold the government accountable. This simple goal reflects a foundational value: Our government is supposed to be based on the rule of law, not the rule of men. But as Chief Justice Marshall admonished in 1803, our government “will certainly cease to deserve this high appellation, if the laws furnish no remedy for the violation of a vested legal right.”