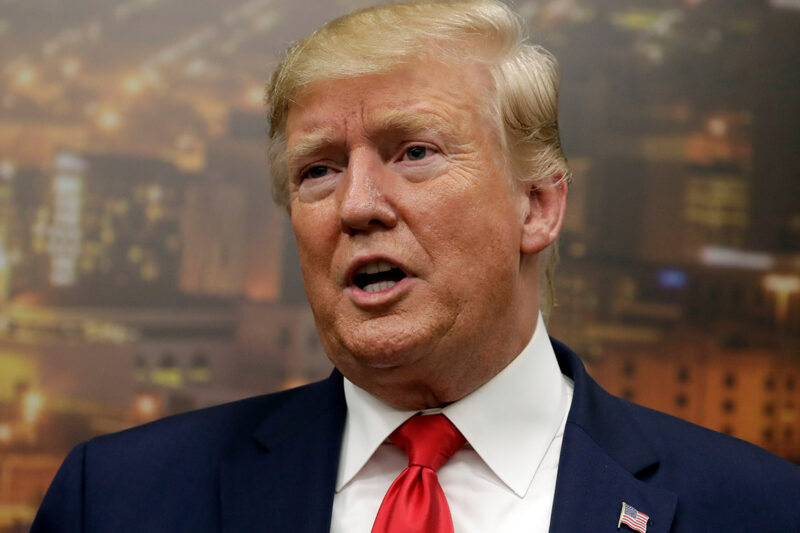 In the wake of last weekend’s tragic shootings, President Trump did what he does best: stoked fear and cast blame. He proclaimed that “we must reform our mental health laws to better identify mentally disturbed individuals who may commit acts of violence and make sure those people, not only get treatment, but when necessary, involuntary confinement.”

There are two things wrong with the idea of involuntary commitment as a solution to gun violence. First, focusing on people with identifiable mental disabilities won’t help. The data is clear: mental disability is not the primary cause of gun violence. Second, making it easier to commit people against their will would repeat one of the great wrongs of the last 150 years. It will rob innocent people of their most basic civil liberty: the day-to-day freedom to live on your own and make your own decisions about whether and what kind of medical treatment to receive.

In its modern form, the institutionalization of people with disabilities first emerged in the nineteenth century. Initially, the goal for mental institutions was to provide treatment, and quickly return patients to the community. However, facilities soon became warehouses for the same people for years and sometimes decades as they failed to deliver the quick cures they had once promised.

These problems were further exacerbated by the eugenics movement, which dramatically expanded the institutionalization of people with mental disabilities. Eugenics held that humanity should be improved by “removing” “inferior” stock from the country including, Jews, all people of color, Catholics, southern and Eastern Europeans, and people with mental and physical disabilities. The movement’s great victories were immigration laws largely based on racism and the involuntary sterilization and forced institutionalization of people with disabilities. These measures disproportionately targeted low-income Americans and, in the case of sterilization, women.

Proponents of eugenics promoted the idea that people with mental disabilities were violent, sexually promiscuous, and dangerous to society. None of it true. They succeeded in shifting the goal of institutionalization from helping the individual patient — an objective institutions were already failing to achieve — to protect society from perceived risks based on stereotypes. To eugenicists, the solution was lifelong institutionalization.

By the 1970s, thousands of people with mental disabilities were languishing in institutions — many of them living under shocking conditions of abuse and neglect. Senator Robert Kennedy and journalist Geraldo Rivera were among the first to expose these abuses at Willowbrook State School, a massive institution in New York.

In response, the New York Civil Liberties Union filed a class-action lawsuit representing the 5,400 people with mental disabilities living at Willowbrook. After three years the case forced reforms that would lead to Willowbrook’s closure, and give those within it the opportunity to live free.

NYCLU and the ACLU continued to fight for people with mental disabilities, setting up a Mental Health Law Project (now the independent Bazelon Center for Mental Health law). The tide really began to turn after the ACLU won Kenneth Donaldson’s case in the Supreme Court. Donaldson appeared to have a mental illness but had never posed a danger to himself or anyone else. He was nonetheless involuntarily confined in a mental hospital for fifteen years because other people found him disturbing. The Supreme Court ruled: “Mere public intolerance or animosity cannot constitutionally justify the deprivation of a person’s physical liberty. In short, a State cannot constitutionally confine without more a non-dangerous individual who is capable of surviving safely in freedom by himself or with the help of willing and responsible family members or friends.”

People with psychiatric and intellectual disabilities have had a long and difficult path to basic freedom in the United States. This is not the moment to turn back, and most especially not in the name of safety.

The right to keep and bear arms is subject to regulation. Just like the right to privacy, the right to be free from government searches, even the right to speech. While the Constitution allows guns to protect one’s home, it does not stop the state from regulating or banning assault weapons or high capacity clips.

Nevertheless, targeting a group of Americans for incarceration is not the answer. The demographic with the highest rates of gun violence are men between the ages of 16 and 35. No one would propose as a solution forcibly institutionalizing all young men.

If the Eugenics movement sounds familiar, it should. It is largely being recycled by today’s white supremacists. Solutions to the epidemic of gun violence should be based on data, not a return to a shameful episode from our past.