For People with Disabilities on Parole and Probation, Accessible Communication is Essential 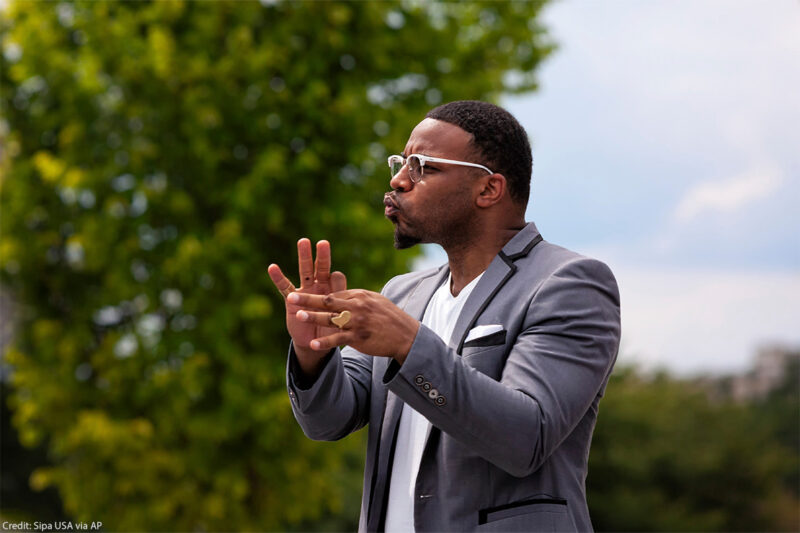 Our clients were repeatedly denied sign language interpretation necessary to understand the conditions of their release. They paid the price with their freedom.

At a meeting with her parole officer in Georgia this summer, “Jill” — who is deaf — was arrested for violating the conditions of her parole. She was accused of failing to attend a drug treatment program. In reality, Jill had contacted multiple programs and was turned away from each one as they refused to provide American Sign Language (ASL) interpreters. Federal law requires the parole system to make required programs accessible to people with disabilities, but instead this failure led, in part, to Jill being reincarcerated.

This is just one example of how violations of disability rights laws and breakdowns in communication prevent deaf, deafblind, deaf-disabled, and hard of hearing people from meeting the conditions of their release — if they even can understand what those conditions are.

By design, once someone with a disability is entangled in the criminal legal system, they are more likely to stay trapped. They cycle in and out of prison and jail, experiencing isolation and communication deprivation along the way. When released on parole or probation, they face complex and everchanging rules, exorbitant fees, and the constant threat of reincarceration for minor violations. But due to sparse compliance with federal laws that prohibit disability discrimination, disabled people are at heightened risk of “violating” rules they did not know or comprehend.

In 2019, we filed a lawsuit against the Georgia Department of Community Supervision (GDCS) to highlight their abject failure to provide communication access to deaf and hard of hearing people on probation and parole. Deaf people in Georgia cannot get information about the parole and probation rules they must follow, nor access to the services they need. As a result, many live in fear of being sent back to prison for months or even years. This is not only absurd and unfair, it is a violation of the Americans with Disabilities Act, the Rehabilitation Act, and the Constitution.

Last month, we won class certification. For Jill, this win means that her case will not only continue on to trial, but that she can now represent other people like her — those who are deaf or hard of hearing — across the state currently serving probation or parole now or in the future.

Since the start of Jill’s parole, GDCS had repeatedly denied or failed to provide the accommodations necessary to communicate effectively with her. Like many people who are deaf and born into hearing families, Jill was denied full access to ASL — or any language — in the first few years of her life. To be able to effectively convey information presented in English, the law requires that service providers who are not fluent in ASL — such as counselors or parole officers — communicate to Jill through an ASL interpreter and a linguistic specialist (also known as a “Deaf interpreter”). This specialist must be trained in overcoming the challenges posed by Jill’s early language deprivation. Jill had communicated this need to her probation officer many times. But when she was arrested at her meeting this summer, her parole officer relied solely on an ASL interpreter on a small cell phone screen who repeatedly struggled to understand Jill. Jill could not understand what she was being accused of, provide information in her defense, or ask the parole officer any meaningful questions.

By design, once someone with a disability is entangled in the criminal legal system, they are more likely to stay trapped.

Then, while in custody, Jill’s parole officer arrived at the jail and again used a video interpreter on her cell phone. Despite not providing adequate communication, the parole officer required Jill to sign a complex legal document that Jill only came to understand days later, when Jill’s disability lawyers reviewed the document with her using the appropriate ASL/Deaf interpreters. She had not known that signing the document meant she was waiving her right to a preliminary hearing. Eventually, although she had been denied effective communication and criminal defense counsel throughout this entire process, Jill was sent back to prison with many questions about what happened and how long she would be reincarcerated.

Jill’s story is horrific, but far from unique. Many of our clients — and even more people across the country — have experienced the serious consequences of a system failing to comply with the laws that would give them a fighting chance to rebuild their lives.

“Mike” was also incarcerated after his probation officer failed to provide appropriate accommodations. His officer was made aware many times that using in-person interpreters was necessary for Mike, who is deafblind and has limited vision. In late 2020, Mike had a routine meeting with the officer, who used an interpreter on a laptop to inform Mike that he was getting drug tested. Mike had not experienced a drug test before and struggled to see the video interpreter to understand what was happening.

This is not only absurd and unfair, it is a violation of the Americans with Disabilities Act, the Rehabilitation Act, and the Constitution.

Then, despite the laptop being available, the probation officer refused to use even the ineffective video interpreter to communicate further after the drug test, but instead tried to communicate to Mike in writing about what was happening. Like anyone who relies on a different language, Mike could not make sense of the written English. The probation officer then forced Mike to sign an acknowledgement form admitting he had violated his probation. Although Mike could not understand the complicated language on the form, he signed it because the officer told him he had to. He was then arrested and transported to jail.

At the jail, the probation officer again failed to bring an interpreter in person, and communication was further challenged by the thick glass pane dividing Mike from his probation officer, glare on the laptop screen, and wobbling from the officer holding the laptop up to the window. Amid this confusing interaction, Mike was made to sign a document admitting that he violated his probation and agreeing to serve two months in jail. This consent order was written in complex legal jargon that Mike could not understand. His probation officer did not read the form out loud in its entirety so that it could be interpreted into ASL, did not explain Mike’s right to counsel and right to a contested hearing, and did not inform Mike that he had a right not to sign.

In 2019, we filed a lawsuit against the Georgia Department of Community Supervision (GDCS) to highlight their abject failure to provide communication access to deaf and hard of hearing people on probation and parole.

The document Mike signed was filed with the court, sending him back to jail for two months. Even after later recognizing the mistakes he made at the meetings, Mike’s parole officer claimed the situation was not typical simply because Mike was deaf. The system repeatedly puts the onus for effective communication on deaf people, rarely remedying any of its own errors and harms.

Jill and Mike’s cases are not anomalies. The policies and practices of this supervision system harm deaf and hard of hearing people every day in Georgia and across the nation. Parole and probation agencies neglect their responsibilities under federal disability laws, and in doing so, they deprive deaf people on supervision of a fair chance to rehabilitate and rebuild their lives.

Despite their immense trauma, our clients continue to share their stories with the hope of changing the system for people like them. They receive no financial rewards or preferential treatment with their cases or during their supervision, as their stories demonstrate. Their hope is that their work will help create a world where those who follow them will not experience the same injustices. We hope that you’ll join us in that fight, too. 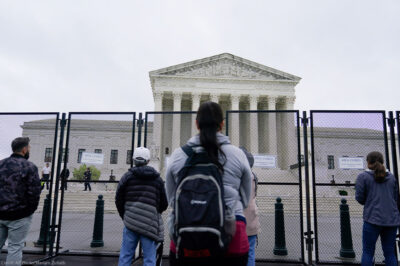