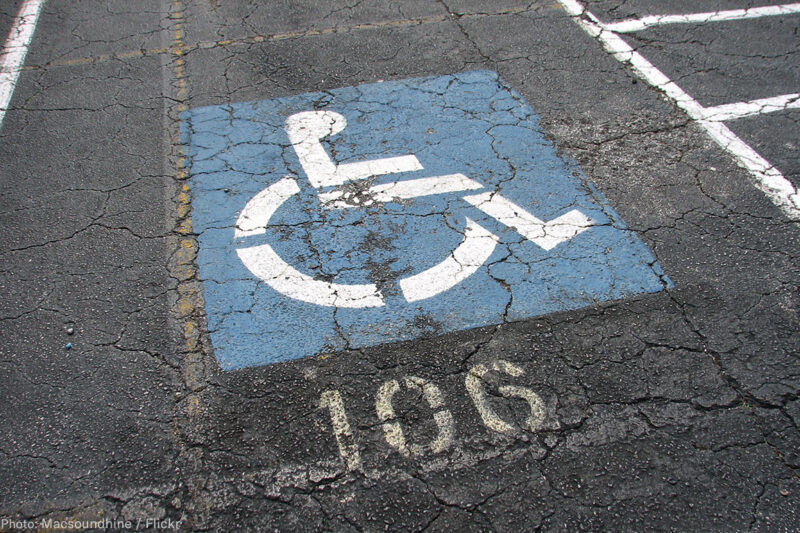 The entrance to the post office in a small town was up a flight of 20 steps. When told he needed to make the post office accessible to wheelchair users, the postmaster was befuddled. “I’ve been here for thirty-five years and in all that time I’ve yet to see a single customer come in here in a wheelchair,” he said, according to Joe Shapiro in his 1994 book, “No Pity.”

It would seem the postmaster didn’t see the irony in that response. But it’s because of that lack of awareness from business owners and government workers that Congress in 1990 passed the Americans with Disabilities Act (ADA), which promoted the integration, acceptance, and everyday rights of people with disabilities. But this week, the House of Representatives could undermine a key tenet of that landmark civil rights law.

Under Title III of the ADA, private businesses must ensure new buildings are accessible and remove barriers in older buildings where it is “readily achievable”—a standard that considers the cost of the change and the resources of the business. For example, a major hotel chain might need to spend several thousand dollars to make a few of their rooms accessible, but a small business might only be expected to spend a few hundred dollars to grind down a three inch lip into a doorway, or to put a ramp up two stairs. Now a group of businesses led by the owners of large shopping malls have persuaded more than 100 representatives to introduce H.R. 620, the so-called “ADA Education and Reform Act of 2017.” This legislation would require people with disabilities who encounter access barriers at a business or facility to become legal experts on the code, to provide “notice” to the business of what code they are violating, and to wait six months or longer. And this isn’t even for the business to actually fix the problem—just for the business to make “substantial progress” towards accessibility.

Only after all these steps and months of waiting, would H.R. 620 authorize filing a lawsuit. Navigating such a process would be both complicated and time-consuming, which, of course, is the point of the bill.

Proponents of H.R. 620 claim that the bill will help dampen what they see as an increase in individuals bringing harassing or unjustified access lawsuits against small businesses. This is an absurd argument that functions as a strawman to attack the rights of the disability community. ADA lawsuits are already one of the lowest categories of lawsuits filed against businesses. The Center for American Progress has reported that the small uptick in ADA litigation can be attributed to “just 12 individual attorneys and a single disability law firm” which filed more than 100 cases each. 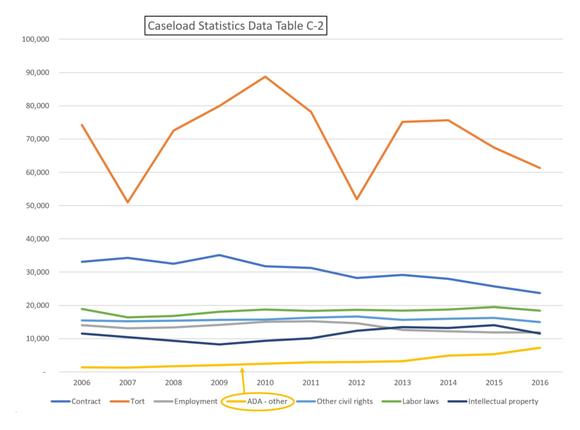 On a practical level, the legislation would effectively exempt businesses from compliance with Title III of the ADA, but it would do nothing to resolve the problem of individuals who are viewed as bringing harassing or unjustified access lawsuits against small businesses. Instead, H.R. 620 erodes the balancing of interests in the ADA by removing incentives for businesses to comply with the law and by placing excessive burdens on individuals with disabilities.

As Amy Robertson of the Civil Rights Education and Enforcement Center explains, defense firms fight even the most obvious access violations. “When presented with tape-measure evidence of noncompliance,” Robertson has written, “businesses challenge standing, limit or withhold discovery, move to compel and for protective orders, resist class certification, move to stay the litigation, seek summary judgment, and only then—after years of litigation and hundreds of thousands of dollars in fees on both sides—agree to comply.”

And in reality, there’s no real incentive to dedicate one’s life to hassling businesses with lawsuits. There are no damages available under the ADA—only attorneys’ fees and injunctive relief, which removes the specific barrier they’re contesting. Litigation is time-consuming, attorneys are expensive, and people with disabilities are too busy leading their lives to file endless lawsuits.

People with disabilities face barriers everyday: inaccessible restrooms, inaccessible medical equipment, inaccessible parking lots, inaccessible entrances, and inaccessible tables at restaurants. But instead of fixing those problems, H.R. 620 would force people who have historically faced the most marginalization and discrimination in society to become legal code experts and navigate a byzantine bureaucratic process before being able to assert their rights under the ADA. The specifics of this bill might look different in the final version, but no cosmetic modifications can change the fact that it’s predicated on a faulty premise. As a matter of law and justice, businesses owe it to people with disabilities to proactively ensure access—not the other way around.

If the House wants to rectify problems in access litigation, it should be assessing penalties against noncompliant businesses—not making it harder for people with disabilities to simply assert our right to be part of society.