It’s Time to Make Sure Our Kids Are No Longer Bound, Shackled, or Locked Away When They’re at School 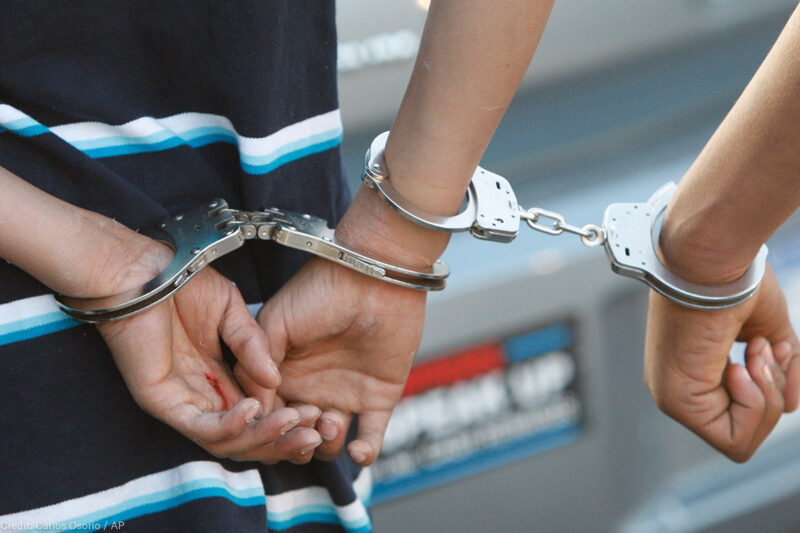 In 1998, teachers in West Virginia strapped a 4-year-old autistic girl with cerebral palsy to a wooden chair. Why? She was being “uncooperative” because she needed to use the bathroom. The girl suffered bruises and was later diagnosed with post-traumatic stress disorder.

In 2003, school officials in Michigan held a 15-year-old autistic boy in a face-down restraint for an hour after he had a seizure and lost control of his extremities. He died without receiving medical attention.

These are just two of many barbaric stories from a 2009 Government Accountability Office report on the use of restraint and seclusion in schools. “Restraint” involves using physical, mechanical, or chemical means to restrict a child’s ability to move their arms, legs, head, or body; and “seclusion” is the involuntarily confining of a child alone.

In collecting hundreds of stories, the GAO report found that children with disabilities were most likely to face abusive or even fatal use of restraint and seclusion. Moreover, it found that there were no federal laws or regulations restricting the use of seclusion and restraints in public and private schools as well as widely divergent state laws. Similar reports from the National Disability Rights Network highlighted the harms of restraint and seclusion and urged the federal government and Congress to take action.

Yet in the last decade, not much has changed. Horrific uses of restraint and seclusion continue to emerge.

Max Benson, a 13-year-old autistic boy, died after being forced into a face-down restraint for an extended period of time. Gigi Daniel-Zagorites, a teenager with a genetic condition that makes speaking difficult, was barricaded behind a bookcase and cabinet. Alex Campbell, an autistic teenager, turned into an advocate for federal action against restraint and seclusion after he was trapped in a converted storage closet on multiple occasions.

But despite the long history and continued use of these practices, there is still no federal law setting national standards for the use of seclusion or restraint.

Continued inaction is not an option.

Students with disabilities and students of color continue to suffer short- and long-term psychological harm, even physical injury or death. Furthermore, the practices serve to push them out of the general education classroom, drastically reducing chances for success later in life. At last count, 122,000 students were restrained in one school year. Thirty-six thousand were locked up in small rooms — some of them the size of coffins — and left there.

But Congress can make significant progress this year. On Wednesday, the House Committee on Education and Labor will hold a subcommittee hearing on the inappropriate use of seclusion and restraint. Soon after, Congress may consider specific legislation to create national standards to protect students from inappropriate restraint and prohibit the use of seclusion altogether.

This legislation, the Keeping All Students Safe Act, was first introduced in 2009 and passed the House of Representatives, but never received a vote in the Senate. In recent years, the bill has been improved, but it has not advanced in either chamber of Congress.

The Keeping All Students Safe Act features a number of crucial protections, including:

The legislation also includes important reporting and notification requirements, and it establishes a system of competitive grants to assist states in meeting minimum standards.

The Department of Education recently announced an initiative to address the inappropriate use of restraint and seclusion, working directly with schools to provide technical assistance. This initiative is welcome, but it is not enough. Congress must take action to put these critical protections into law. Schools should be doing all they can to integrate students with disabilities and students of color into the classroom, not punish them with draconian and life-threatening practices.

Every day that Congress waits another child is manhandled, traumatized, and pushed away from school and potentially into the damaging and dangerous school to prison pipeline. The Keeping All Students Safe Act will protect all of our children, and help make school a place to learn, not a place to fear.