Seniors and People with Disabilities Want to Live in Our Homes, Not Nursing Homes. Will Congress Let Us? 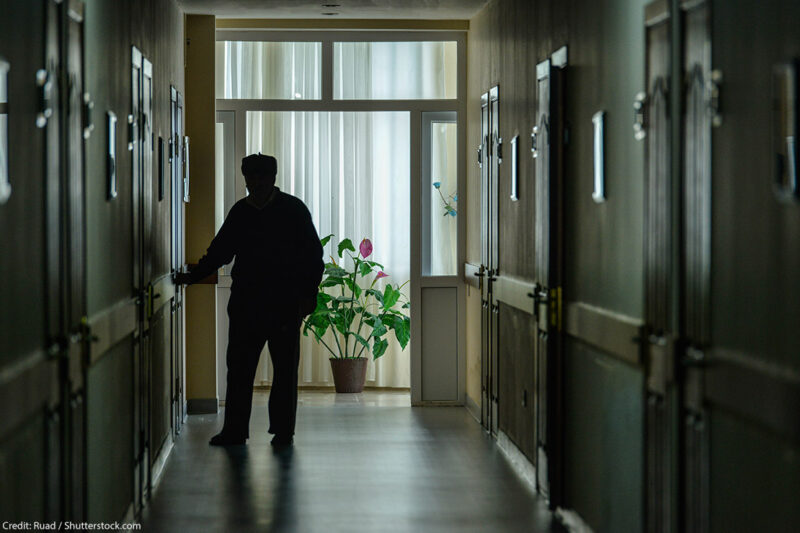 Correcting Medicaid’s bias for institutionalization, instead of in-home care, requires an investment in home and community-based services that benefit seniors, people with disabilities, and the direct care workers who support them.

Marcos Castillo is intelligent, industrious, and the boyfriend of a wonderful woman. He is also paralyzed from the neck down. For him to get out of bed in the morning, to get showered, dressed, and out of the house, he needs someone to come in to help him.

For Marcos, and people with disabilities like him, our Medicaid program guarantees that he could get that help if he lived in a nursing home. There is no such guarantee that he could get that help in his own home — despite the lower cost of in-home care. This irony — which the disability community has called “institutional bias” — is not just a problem with the Medicaid system, it is a civil rights issue.

In 1999, the Supreme Court ruled in Olmstead v. L.C. that people who are able to live in the community with appropriate support have a right to live in the community, and that segregating them in institutions is a violation of the Americans with Disabilities Act. But without the Medicaid funding to provide support at home, this right exists in theory only — not in practice.

Until now. As part of President Biden’s American Jobs Plan, his administration is proposing to fund $400 billion for Medicaid’s home and community-based services (HCBS). This proposal will expand eligibility, eliminate waitlists for millions of people, and finally provide decent wages and benefits to the workers who provide these supports.

Home care workers, who are overwhelmingly Black and Brown women, have long been excluded from workplace protections that the vast majority of professions enjoy, and not by accident. Racist policies dating back to the New Deal era continue to treat home care workers as “companions” to seniors and people with disabilities instead of recognizing them as professionals who do essential work.

President Biden’s proposal would be a historic investment in the expansion of the safety net for a group of mostly Black and Brown workers who have been denied these basic protections for too long. The $400 billion investment includes funding to hire more home care workers and provide them with fair wages and benefits, the ability to join a union and, for immigrant workers, a path to citizenship.

Congress must now take President Biden’s lead and honor his commitment to funding the full $400 billion for home and community-based services. The budget resolution passed in Congress in August represents a major step forward, but with negotiations over a final bill still ongoing, we must continue to push our representatives and senators to ensure this funding is a priority.

That’s why the ACLU has joined Ady Barkan’s “Be A Hero” fund, Service Employees International Union, and the National Domestic Workers Alliance to launch a campaign lifting up the stories of people with disabilities, and their direct care workers. This campaign will help members of the Senate understand the critical need to fund home and community-based services in the final budget reconciliation package.

We are starting this campaign in Arizona, where Sen. Kyrsten Sinema has yet to commit support for home and community-based services in the budget reconciliation package. There, we are featuring the stories of Arizona residents Marcos Castillo and Taryn Bailey, with an urgent plea to Sen. Sinema and her constituents: “Home care can’t wait.”

People with disabilities tend to lead quiet lives within small communities. Too often, the broader public — and our elected representatives — don’t understand the details of our lives. That we need support, and that the people who provide that support need decent wages and benefits, or they can’t stick around. We are grateful to the seniors and people with disabilities who have been willing to share their stories, and proud to invest in sharing their stories with a wider audience.

We can’t let the default institutionalization of seniors and people with disabilities continue to be the norm in the United States: Congress must act before this once-in-a-generation opportunity closes.