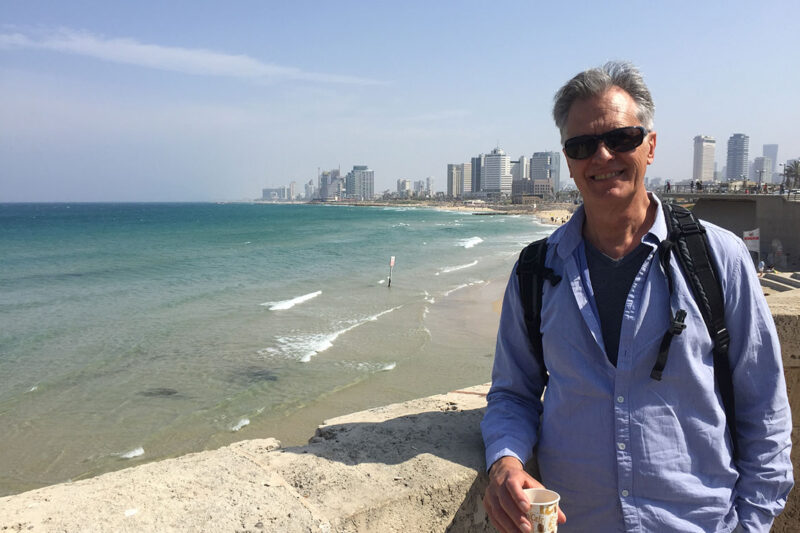 The ACLU on Thursday filed a challenge to an Arizona law that requires contractors doing business with the state to promise they won’t boycott Israel. This is the second such lawsuit the ACLU has filed in response to a wave of laws across the country designed to suppress constitutionally protected boycotts of Israel.

Thursday’s lawsuit was filed on behalf of Mikkel Jordahl, an attorney who has contracted with the state for the last 12 years to provide legal services on behalf of incarcerated individuals in Coconino County Jail. Jordahl opposes Israel’s settlement expansion in Palestinian territories and what he considers Israel’s unwillingness to ensure the rights of Palestinians under its rule. As a supporter of boycott campaigns targeting Israel, he refuses to purchase goods and services offered by companies operating in Israeli settlements in the occupied Palestinian territories. He wants to extend the boycott to his one-person law firm, Mikkel (Mik) Jordahl P.C., and to provide legal support to other boycott activists.

However, the Arizona law, passed in August 2016, forbids state contractors from engaging in those activities. It directly violates the First Amendment right to political expression, which prohibits the government from compelling political speech as a condition of receiving a benefit, restricting the speech of its contractors, and discriminating against dissenting viewpoints. The Supreme Court affirmed the right to engage in a political boycott in a 1982 decision holding that a 1960s-era boycott of white-owned businesses in Mississippi was protected by the First Amendment.

In October, the ACLU filed a challenge to a similar law in Kansas. That lawsuit was filed on behalf of Esther Koontz, an educator who was contracted by the state to train math teachers and who boycotts Israeli products in response to a resolution passed by her Mennonite church. She refused to sign a contract committing to refrain from boycotting Israel and, as a result, cannot participate in the teacher training program.

Similar contract requirements are on the books in Georgia, Arkansas, Minnesota, Texas, Ohio, Alabama, Pennsylvania, Michigan, Nevada, South Carolina, Rhode Island, Florida, Maryland, and Wisconsin. A number of laws in other states take aim at Israel boycotts in other ways, and a congressional bill penalizing certain boycotts of Israel has been introduced in Congress. While these laws and provisions differ in some aspects, they all share the unconstitutional goal of squelching legitimate protest activity surrounding a matter of major global significance.

A Kansas court heard arguments on the Koontz case last week, rightfully noting that the state hadn’t even attempted to defend the constitutionality of the state’s anti-boycott law. We wait to see whether Arizona will try to muster any kind of defense.