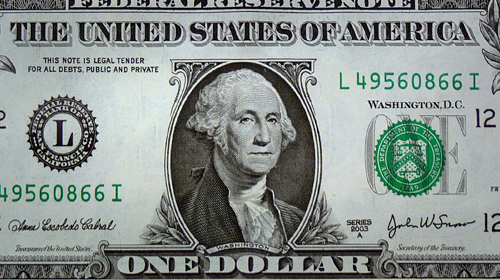 Earlier this week, a Senate Judiciary subcommittee, chaired by Sen. Sheldon Whitehouse (D-R.I.), held a hearing on campaign finance law enforcement. We submitted comments highlighting a few areas of common ground between the ACLU and proponents of campaign finance reform.

For instance, witnesses from the Department of Justice and Internal Revenue Service testified about “straw” or “conduit” contributions. These occur when an individual knowingly makes a contribution “in the name of another person” or allows her name to be used to make such a contribution (consider, for instance, a company that urges its employees to donate to a particular candidate on the understanding that the company will repay them for the contributions). The ACLU has certainly been a vocal defender of the First Amendment in the context of campaign finance, but we have never taken issue with the four-decade ban on these transactions.

First, and fundamentally, they shield the identity of the contributor. The ACLU has concerns with onerous disclosure requirements for small contributions and for independent political activity, but the public absolutely has an interest in knowing who might be donating money in an amount sufficient to influence a candidate’s actions in office. Straw contributions mask that information. Second, and perhaps less obvious, straw contributions can be used to hide the magnitude of a particular contribution. One big corrupting contribution gets broken up into a bunch of little innocuous contributions. Such a scheme can be used to hide out-and-out bribery. Big problem.

Relatedly, Whitehouse noted a variation on the straw contribution scheme, restrictions on which—depending on the circumstances—may also pass constitutional muster. There were allegations last election cycle that a few “Super PACs” (a frustratingly inaccurate term) were effectively shielding the identity of certain donors from disclosure by using the tax code to create shell organizations—named “501(c)(4)” groups after the relevant section of the code—that would receive anonymous donations and funnel the money to the Super PAC. The Super PAC would then report only the identity of the shell group, and not the identity of the real donor.

While there are numerous scenarios where 501(c)(4) organizations should absolutely be allowed to engage in political speech without disclosing their donors (the ACLU, for instance, should not be required to disclose its donors because it runs ads criticizing the main sponsor of a constitutional amendment banning flag “desecration”), it strikes me that true “identity laundering,” like that described above, could potentially violate the straw contribution prohibition.

Another area of possible common ground raised at the hearing involved the question of “coordination” between candidates and groups making independent expenditures. Under federal law, “independent” political expenditures (which are, by definition, express advocacy for or against a candidate) become in-kind direct contributions, subject to strict limits, when they are directed or assented to by the candidate they benefit (that is, “coordination”). The current coordination rules are, to put it diplomatically, complex, and, as the DOJ’s witness noted repeatedly, they need a clarity injection, stat. The ACLU’s First Amendment counsel and chief of staff for the Washington Legislative Office, Michael Macleod-Ball, agreed strongly in a blog post last year.

Crucially, we do need to be very careful on coordination. One of the witnesses, prominent academic and former Federal Election Commission Chair Bradley Smith, raised some absolutely valid and important concerns. Although much can be done to improve the coordination rules, he is right that the coordination rules must not go so far as to chill legitimate First Amendment activity. One coordination proposal in the 2001 McCain-Feingold bill would have, for instance, done exactly that. It would have made virtually any speech naming a candidate by a group that had any contact with that candidate a coordinated contribution, subject to strict limits or outright prohibition.

At the end of the day, the hearing showcased how, in the fight to protect the integrity of our elections and government, there is much we can do under existing law. We do not need new measures that would give the government the power to dictate who can speak (and how much they can speak) on core political issues, which is really what’s being advocated under the guise of campaign finance reform. That type of control is easily abused and fundamentally undemocratic, and is as dangerous as the many corrupt practices that we should absolutely fight to prohibit and punish.