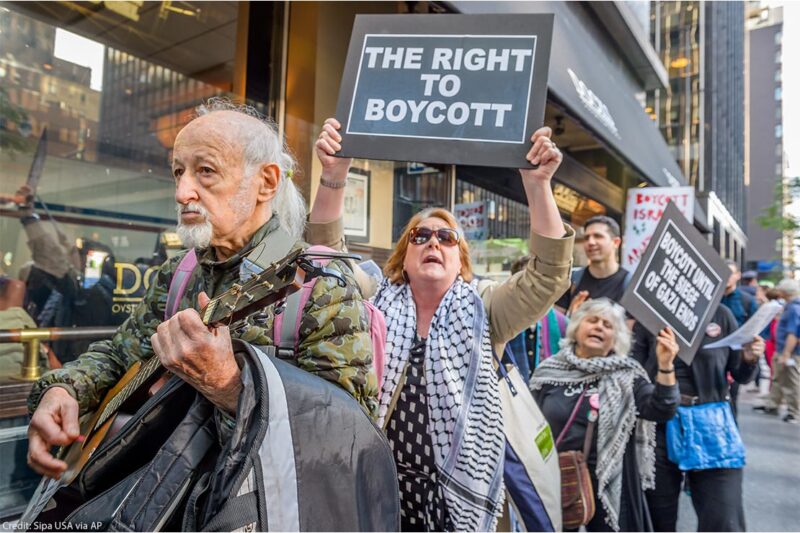 The Supreme Court must affirm that politically-motivated consumer boycotts are protected by the Constitution.

From the Boston Tea Party to the Montgomery bus boycott to the boycott of apartheid South Africa, politically motivated consumer boycotts have long been part and parcel of American politics. But are they protected by the First Amendment? For 40 years, the answer has been an unequivocal “yes.” But in a recent case from Arkansas, a federal court of appeals ruled otherwise. If the right to boycott is to be preserved, the Supreme Court must step in. 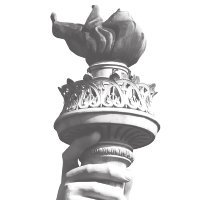 In NAACP v. Claiborne Hardware Co., the Supreme Court in 1982 unanimously upheld the First Amendment right of Black Mississippians to boycott local businesses in protest against segregation and racial inequality. The decision established that politically-motivated consumer boycotts are fully protected by the Constitution. As a result, today, people of all political stripes can proudly exercise their right to boycott — from right-wing boycotts of companies that support Planned Parenthood to left-wing boycotts of companies that support the National Rifle Association. Now, that long-standing precedent has been called into question.

The U.S. Court of Appeals for the Eighth Circuit held that the First Amendment does not protect “the purchasing decisions at the heart of a boycott” — even if a law selectively penalizes boycotts on a specific topic, like boycotts of Israel.

Since 2016, 28 states have passed laws requiring individuals and businesses that receive government contracts – from substitute teachers to construction workers — to certify that they will not participate in boycotts of Israel or Israeli settlements in the West Bank. My client, the Arkansas Times, was asked to sign such a certification in order to renew its advertising contract with a state technical college. Although the Arkansas Times does not boycott Israel, it refuses to be bullied by the state into disavowing its civil liberties. As Alan Leveritt, the publisher, put it: “If we signed the pledge, I believe, we’d be signing away our right to freedom of conscience. And as journalists, we would be unworthy of the protections granted us under the First Amendment.”

These anti-boycott laws have affected Americans from all walks of life. A teacher in Kansas was told that she could not participate in the state’s teacher-training program because she refused to sign the anti-boycott form. A lawyer in Arizona was told that he could not be paid for his work on behalf of incarcerated people because he refused to sign the certification. And a child speech pathologist in Texas lost her contract with a local school district because she refused to sign. Engineers, writers, journalists, and even university students who want to judge high school debate tournaments have all been asked to certify that they do not participate in boycotts of Israel or Israel-controlled territories. One town in Texas even briefly required victims of Hurricane Harvey to sign the anti-boycott certification as a condition of receiving disaster relief funds.

If the right to boycott is to be preserved, the Supreme Court must step in.

Most of the federal courts that have addressed these anti-boycott laws have recognized that they violate the First Amendment. Unfortunately, the Arkansas Times’ case came out differently. The U.S. Court of Appeals for the Eighth Circuit held that the First Amendment does not protect “the purchasing decisions at the heart of a boycott” — even if a law selectively penalizes boycotts on a specific topic, like boycotts of Israel. Under the Eighth Circuit’s reasoning, Alabama could have suppressed the Montgomery bus boycott by outlawing boycotts of municipal buses or segregated businesses. That notion is in direct conflict with the precedent set in Claiborne Hardware affirming our right to participate in political boycotts, as well as a long line of Supreme Court cases recognizing that the government cannot take sides and distort public debate by selectively penalizing disfavored viewpoints.

The court of appeals reasoned that because one can’t know the meaning of a decision not to purchase from a business unless it is accompanied by speech, the boycott itself is not protected, and the state is free to single out and penalize the boycotts it disfavors. The same reasoning applies to marches. One can’t know the meaning of a group of people walking together unless it is accompanied by placards, chants, and speeches. But surely the government could not selectively ban marches protesting the Israeli government’s policies.

That is why the ACLU just filed a petition asking the Supreme Court to take up the Arkansas Times’ case and reaffirm that the First Amendment still protects the right to boycott. While we await their decision, states have started to pass similar laws suppressing boycotts of the fossil fuels, firearms, mining, timber, and agriculture industries. All sorts of special interests are pushing anti-boycott laws to stifle protest against them. If the court does not step in, a form of protest dating back to the American Revolution itself will remain in jeopardy.