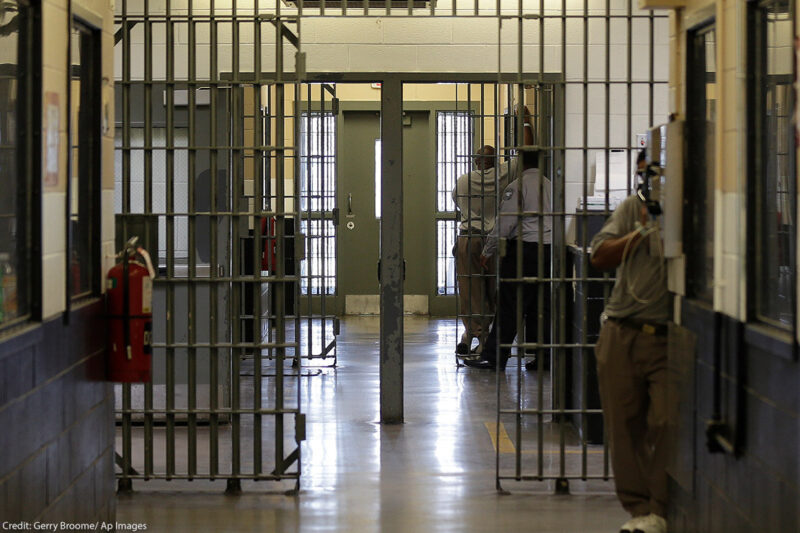 Efrén Paredes, Jr., incarcerated since the age of 15, explains why Michigan must turn the page on juvenile-life-without-parole sentences.

As of April 15, 2022, I have spent 12,075 days behind bars for a 1989 crime I was convicted of committing at age 15. It would be the first and only arrest during my childhood. Since then, I have languished behind bars for more than two-thirds of my life, living in a veritable penal tomb.

I am one of 363 people in Michigan sentenced to life without parole (LWOP) for crimes committed as children — sometimes called “juvenile lifers.” I am also the first person in Berrien County, Michigan to be charged under a 1988 law that empowered prosecutors to automatically transfer children to be tried and sentenced in adult court. Michigan ranks first in the nation as the state with the largest number of juvenile lifers.

My arrest occurred during the height of America’s tough-on-crime era when children of color were being demonized as “superpredators” and states were making it easier to impose mandatory LWOP sentences on kids that are tantamount to death-by-incarceration. More than three decades later, I am a husband, proud father to three amazing daughters, and a grandfather. I am also a journalist and social justice advocate who works at the intersection of decarceration, racial justice, and conflict resolution. This month I will turn 49 years old — my 34th birthday in prison.

Like many people convicted of a crime as a child, I have accomplished a lot during my time in prison. But outdated and inhumane sentencing policies still embraced by states like Michigan continue to prevent people like me from getting a second chance to contribute all we have to offer to the world beyond bars. Now, Michigan lawmakers have a chance to change that.

Last year, the Inter-American Commission on Human Rights (IACHR) issued a historic report that analyzed the practice of sentencing children to life without parole, and called on the United States to “prohibit and abolish the sentence of life imprisonment without parole for juveniles” in Michigan and across the country. The report was issued in response to a petition filed in 2006 by the ACLU, the ACLU of Michigan, and the Columbia Law School Human Rights Institute on behalf of 32 people sentenced to life without parole in Michigan.

In its scathing analysis of Michigan’s treatment of juvenile lifers, the IACHR found “the sentencing of juveniles to life without parole … incompatible with the International Covenant on Civil and Political Rights, a human rights treaty ratified by the United States.”

The United States is the only country in the world that still sentences children to life in prison without the possibility of parole. There is a global consensus that children cannot be held to the same standards of responsibility as adults, and that they are entitled to special protection and treatment by the criminal legal system — yet the United States doesn’t do so and remains a shameful outlier.

Recognizing the inhumanity of this treatment, 25 states and the District of Columbia have outlawed life-without-parole sentences for children. In nine other states, no one is serving a juvenile LWOP sentence. But in 16 states, these sentences are still legal.

Michigan, which allows a child over the age of 13 to be sentenced to life without parole, is the worst offender. It’s a stain on our state’s reputation, and the mark of a recalcitrant throw-away mentality. It is also at odds with the growing majority of states in the country that have embraced the concepts of redemption and second chances — and the U.S. Supreme Court, which held in 2012 that mandatory life-without-parole sentences for children violate the Eighth Amendment.

Michigan lawmakers now have a chance to bring our state in line with global standards for the treatment of children convicted of serious crimes. Bills were introduced this year in both the state’s House and Senate that would ban life-without-parole sentences for juveniles. These bills (House Bills 5941-5944 and Senate Bills 848-851) all have bipartisan support, reflecting the growing consensus that second chances are imperative, especially for young people. By passing these bills, lawmakers can signal their support for rehabilitation and the eventual reintegration into society of children the state once sentenced to die in prison.

While the IACHR lacks the authority to enforce its recommendation on the U.S., its decision on LWOP sentences for children can and should influence the way Michigan and other states treat children convicted of crimes by highlighting the panoply of human rights violations they’ve been subjected to as a consequence of extreme sentences. The commission’s analysis can also be presented in courts and used to inform lawmakers why LWOP sentences for children are inhumane and misguided.

The IACHR’s report should also prompt the U.S. Senate to finally ratify the Convention on the Rights of the Child (CRC), the world’s most widely ratified treaty. The U.S. remains the only country in the world that hasn’t ratified it, the most comprehensive universal human rights treaty on children’s rights. If ratified, the CRC would prohibit life-without-parole sentences for children in all 50 states.

Michigan lawmakers don’t need another independent international commission or court ruling to tell them they are standing on the wrong side of history. It is past time for Michigan and the U.S. to catch up to the global community when it comes to protecting the rights of children and recognizing their inherent dignity. Abandoning the draconian practice of condemning children to die in prison will reflect the evolving standards of decency that mark the progress of a civilized society.