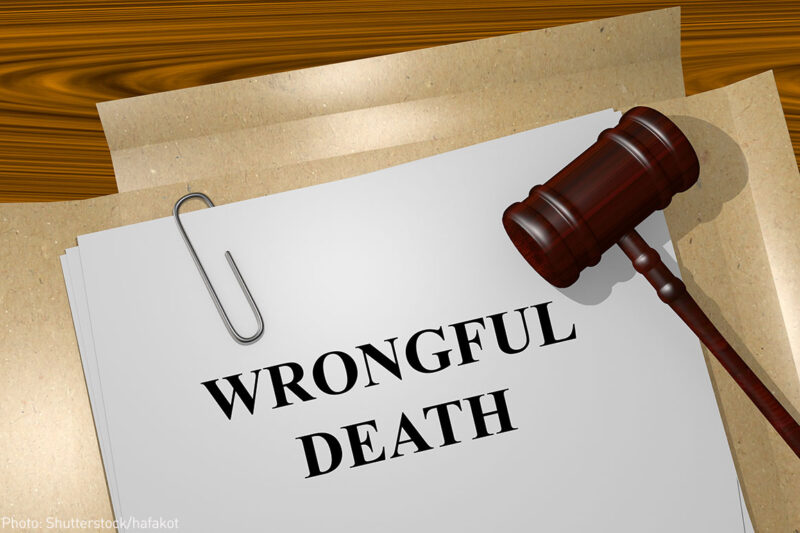 On an April morning in 2012, at about 5:24 a.m., a guard inside the Denver Contract Detention Facility initiated a Code Blue emergency because he saw a detainee in medical distress. Minutes later, nursing staff arrived and found 46-year-old Evalin-Ali Mandza lying on the bed in his cell, holding his chest, and complaining of severe chest pain. He was having a heart attack.

Denver Contract Detention Facility (DCDF) is one of approximately 250 detention facilities around the country that hold immigrants with pending deportation proceedings. It is operated by GEO Group, Inc. — a private prison company with annual revenues of nearly $1.7 billion — under a contract with Immigration and Customs Enforcement (ICE), the federal agency responsible for detaining and deporting undocumented immigrants.

After moving Mr. Mandza out of his cell, a nurse attempted to take an electrocardiogram. However, she was unable to get a reading because she had not been trained on the EKG machine and did not know how to use it. She then performed the wrong test. Once the nurse performed the correct test, she was unable to interpret the results because she had not been trained on this either.

At 5:50 a.m., a doctor authorized the use of an ambulance to transport Mr. Mandza to a hospital and directed the nursing staff to call 911. However, nobody called 911 until 6:20 a.m., nearly an hour after the guard had first called the Code Blue emergency. The reason? Medical staff prioritized filling out Mr. Mandza’s transfer paperwork over dialing 911.

Mr. Mandza was finally taken to the hospital by ambulance and arrived in the emergency room at 6:58 am. He went into cardiac arrest at 7:28 a.m. He was pronounced dead at 8:38 a.m.

Afterward, as required by ICE policies, agency investigators conducted a special review of the causes and circumstances of Mr. Mandza’s death. They concluded that DCDF medical staff was unfamiliar with DCDF’s “Chest Pain Protocol,” that appropriate cardiac medications were not administered, and that there was an inappropriate delay in transporting Mr. Mandza to a higher-level care facility, “all of which may have been contributing factors to Mr. Mandza’s death.” One ICE reviewer stated flatly that Mr. Mandza “did not have access to appropriate medical care while detained in the DCDF.”

Despite these damning findings, however, ICE’s routine annual inspections immediately before and after Mr. Mandza’s death — which are the inspections that guide contract renewal decisions — gave DCDF passing ratings, including on the medical standards relevant to Mr. Mandza’s death. In fact, these inspectors seemed to exonerate the facility in their 2012 inspection, writing: “He received a timely and comprehensive medical and mental health screening and physical assessment, reported no significant past medical history and denied any significant risk factors for heart disease.”

Mr. Mandza’s death is one of eight profiled in “Fatal Neglect: How ICE Ignores Deaths in Detention,” a new report jointly released today by the ACLU, Detention Watch Network, and National Immigrant Justice Center. In death after death, “Fatal Neglect” shows that even though ICE’s internal reviews identified violations of medical standards as contributing factors in these deaths, routine ICE inspections before and after the deaths failed to acknowledge — or at times dismissed — these violations. Instead of forcing changes in culture, systems, and processes that could reduce future deaths, ICE’s deficient inspections system essentially swept the agency’s own death review findings under the rug.

When President Barack Obama first came into office in 2009, one of his earliest initiatives was to adopt detention reforms in response to revelations of how ICE covered up substandard medical care and deaths in detention. Yet as the Obama administration draws to a close, ICE is still not holding detention facilities accountable when they fail to deliver adequate medical care. “Fatal Neglect” illustrates the stark gap between the promise and the reality of the Obama administration’s immigration detention reform initiatives.

Instead of ignoring its own investigations, ICE must learn from its deadly errors. That means providing swift, quality medical care to those who need it and overhauling the inspections process to stop more people from dying in detention. No family deserves to wonder if their loved one died a preventable death in ICE custody.