ACLU to Court: Order the Government to Reunite the Families 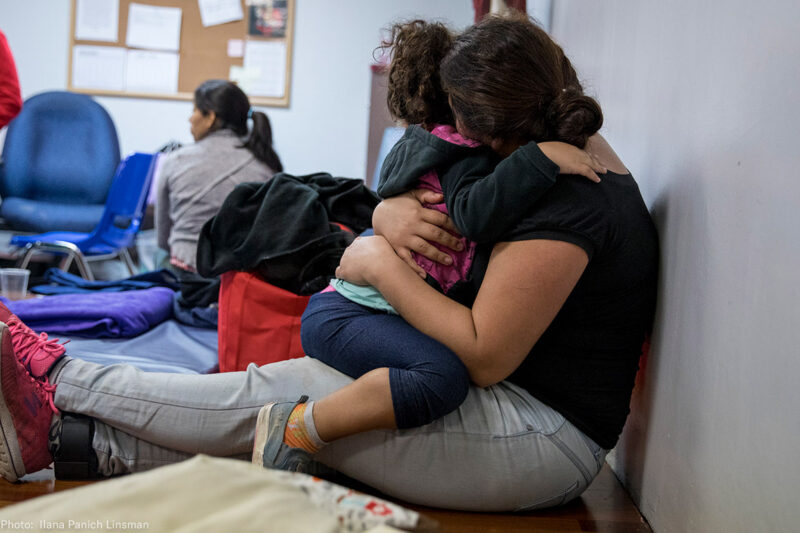 UPDATE (06/27/2018): A federal judge ordered the reunification of thousands of parents and children forcibly separated by the Trump administration. The American Civil Liberties Union sought the nationwide preliminary injunction to halt the practice and immediately reunite all the separated families. Thousands of families have been torn apart by this inhumane practice, which is designed to scare other families from seeking refuge in the United States. In its ruling, the court said all children must be reunited within 30 days; children under five within 14 days; and all parents must be able to speak with their children within 10 days. The court also prohibited any deportation of parents without their children, absent of a knowing waiver. In the future, no child can be separated unless it is genuinely in the child’s best interest.

The ACLU’s class action lawsuit to end family separation and immediately reunite children and parents has reached a pivotal point, following a June 22 status conference where the government was unable to articulate a plan to reunite thousands of children in its custody with their parents.

The lack of foresight and planning is galling. For each day the government stalls, thousands of children are subjected to irreparable trauma. What’s more, there have been reports that immigration officers are actively pressuring parents to give up their asylum claims in order to be reunited with their children.

This cruelty and utter contempt for the welfare of children and the rule of law cannot stand. Our government cannot be allowed to hold children hostage in order to sabotage the legal claims of people seeking refuge.

On Monday, we asked the court to hold the Trump administration to account, and require it to reunify all children with their parents within 30 days, and within 10 days for children under five; provide parents, within seven days, telephonic contact with their children; stop future separations of children from their parents; and not remove separated parents from the United States without their children, unless the parent affirmatively, knowingly, and voluntarily waives the right to reunification before removal.

The court’s role is more important than ever in light of recent actions by the administration seeking to deflect the public’s attention. On June 20, President Trump signed an executive order that purports to end further separations of families at the border. The order, however, contains a significant carve-out authorizing family separation “when there is a concern that detention of an alien child with the child’s alien parent would pose a risk to the child’s welfare.”

Those vague terms are not defined, and they would allow enormous leeway for immigration officers to justify separations that don’t meet constitutional standards. For example, DHS has defended its actions in taking away the 7-year-old child of Ms. L, a Congolese mother who sought asylum at a port of entry. Their justification is that Ms. L did not have her documents with her by the time she reached the United States after a 10-country journey from the Congo — a common occurrence for asylum seekers. But rather than making a meaningful attempt to verify their relationship, the government separated a child from her mother for close to five months. There is nothing in the executive order that would stop this type of unnecessary separation and trauma from happening in the future.

Just as pressing, the executive order does not address the reunification of already separated families at all, and the government has no meaningful plan to swiftly ensure that such reunifications occur. Instead, during a telephonic status conference with the judge, the government’s attorney attempted to suggest that the Office of Refugee Resettlement’s preexisting processes for releasing immigration children from its custody would suffice.

ORR’s sponsorship and reunification processes were designed for the entirely different situation of a child who comes to the border alone, where the agency must identify and vet a sponsor (family member or otherwise). They are simply inadequate to quickly reunite a child who was forcibly taken from his or her own parents. For example, ORR has no systems designed to flag a child as having been separated from a parent at or near the time of the family’s arrest, to track the identity and detention location of the separated child’s parent after the separation, to ensure regular contact between a separated detained child and her detained parent, or to reunify the child and parent in an ICE family detention facility.

ORR’s shortcomings are on clear display considering the steps it has taken to allow communication between parents and children, much less reunite them. For instance, ORR has created a 1-800 hotline number that supposedly allows parents to find the children who have been taken from them, but it regularly puts people on hold for 30 minute periods — a length of time which is infeasible for detained parents to stay on the line. The hotline is now generating a constant busy signal.

Similarly, DHS has created a hotline for ORR caseworkers or attorneys trying to find parents. But that hotline merely permits a caller to request contact with a detained parent, and field offices can decline to respond to such requests.

It’s clear that if the government is left to follow its existing practices — which put the onus on parents to find their children but offers no reliable system for them to do so — the overwhelming majority of children will not be reunited any time in the near future.