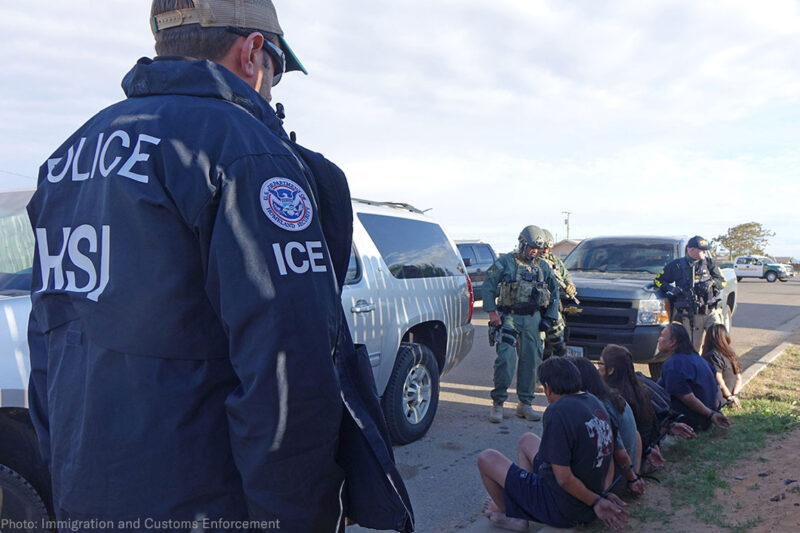 On Thursday, May 17, the ACLU will be in federal district court to challenge the Trump’s administration’s arbitrary and illegal incarceration of thousands of asylum seekers who fled persecution, torture, or death in their countries of origin.

For our plaintiffs, and the class members they represent, the chain of events leading to incarceration was the same: They presented themselves to immigration officers, passed screenings, and were found to have credible asylum claims. Then they were locked up in immigration jails across the country.

All of them applied for “humanitarian parole,” or release from detention, presenting evidence that they were not flight risks or dangers to the community. And yet, ICE denied every request, often with form letters that provided no indication that their applications and supporting documents were taken seriously.

It’s clear that ICE is violating its own policy directive, which instructs that asylum seekers should be granted release provided they meet certain requirements while they await rulings in their cases. The government, however, maintains that each of our plaintiffs and class members did, in fact, receive an “individualized determination” of whether or not they should be released. To support the claim, the government provided a series of “reasons” of why ICE denied our plaintiffs’ parole requests. This is the first time our plaintiffs have been given even anything close to a real explanation for their detention. And they’re only getting those explanations months after their parole requests were denied, in the form of declarations put together by officials seeking to justify their actions after the fact. But let’s look at some of the government’s so-called “determinations.”

Take Mr. Abelardo Asensio Callol, who came to the U.S. fleeing persecution by the Cuban government. ICE denied his parole request because he allegedly had not shown an “ongoing relationship” with the person he would live with outside of detention while he awaits a decision in his asylum case.

The catch? Mr. Callol’s sponsor was his own mother, a green card holder. If Mr. Callol’s parents can’t vouch for him, who can?

What about H.A.Y.? She came to this country with her husband after they received death threats from an armed wing of a criminal cartel in Mexico. The government’s reason for denying her release is that she is a “recent entrant.” Literally everyone who comes to the U.S. border seeking asylum is, by definition, a “recent entrant.”

And then there’s Mr. Ansly Damus, the lead plaintiff of the lawsuit, who has been locked up for more than a year and a half — and counting. An ethics teacher from Grande-Rivière-du-Nord, Haiti, Mr. Damus criticized a local official for corruption in one of his seminars. Afterwards, an armed gang who supports that official brutally attacked him before setting his motorcycle on fire and threatening to kill him. Mr. Damus fled to the United States, where he presented himself to immigration authorities and applied for asylum. A judge granted him asylum — not once, but twice. He has not committed any crimes and has shown ICE that he had a safe place to live after he was released.

ICE’s reason for denying him parole was that he didn’t have “sufficient ties” to the United States. For one thing, that’s not even true – Mr. Damus showed that he had a friend with lawful status whom he could live with, as well as letters of support from other community members.

Second, every asylum seeker who comes to the border, again, by definition does not have “ties” to this country. And if they’re never released from detention, they will never get the chance to build those “ties.”

The arbitrary imprisonment of people like Mr. Callol, H.A.Y., and Mr. Damus are part of the administration’s larger strategy of deterring immigrants from seeking refuge, even though our laws permit them to.

There can be no other plausible explanation for ICE’s dramatic shift from granting parole in more than 90 percent of cases to denying parole for asylum seekers in nearly every case. This same cruel and abusive deterrence strategy underlies tactics like brutally separating parents from their children and criminally prosecuting individuals who cross the border to seek asylum.

In order to further the Trump’s administration’s anti-immigrant agenda, ICE is holding asylum seekers to criteria that they can never meet. Their justifications for denying parole are painfully transparent, and the court should see through them.