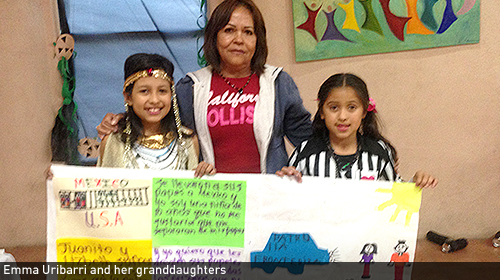 With all the talk about immigration reform that goes on behind closed doors in Washington DC, it’s rare to hear from the people who actually live on the US-Mexico border, and who will be profoundly affected by what Congress does or doesn’t do regarding immigration.

This week border residents from San Diego to Brownsville are in the nation’s capital to tell our stories through a display on the national mall of 170 handcrafted panels that make up a Border Quilt.Under the banner of “Revitalize not Militarize”, we are calling on Congress to invest in the real needs and priorities of border communities – better schools, jobs and health care — rather than spending billions of dollars on military-style border enforcement. 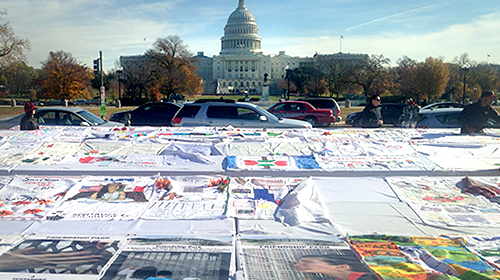 Together the panels cry out to members of Congress to respect the 15 million people who live along the southern border, to hear our voices, to help our vibrant economies thrive, and to resist turning the place we call home into a military zone.

Organized by the Southern Border Communities Coalition, including the ACLU of New Mexico Regional Center for Border Rights. The Border Quilt is on display on the National Mall in front of the Capitol Building all day November 20th. For more about the quilt project, click here.