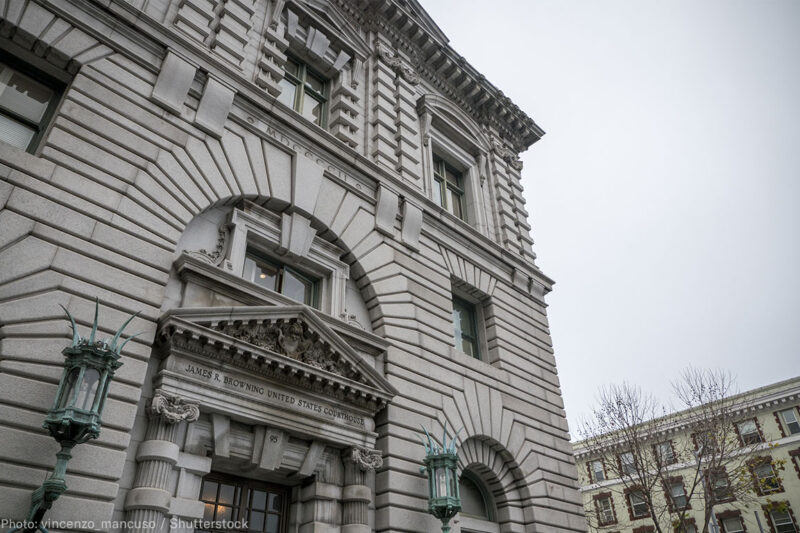 In a major decision on Thursday, a federal appeals court held that immigrants are entitled to seek judicial review of their “expedited removal” orders in federal court. This decision is a significant step towards ensuring that vulnerable asylum seekers and others will get a fair shot to prove their claims that our immigration laws and the U.S. Constitution guarantee.

Vijayakumar Thuraissigiam fled his home in Sri Lanka to escape torture, beatings, and likely death. Vijayakumar is Tamil, a member of an ethnic minority that the Sri Lankan government has subjected to a well-documented campaign of human rights violations. After government officers abducted and beat him, subjected him to simulated drowning, and threatened to kill him, Vijayakumar fled the country and sought asylum in the United States.

But his claim was denied after a cursory and inadequate interview. Like many asylum seekers who reach the United States, Vijayakumar was placed into the “expedited removal” system. That system, created in 1996, is an alternative to the normal deportation system and applies at the border to certain immigrants — particularly those who arrive without a visa or other immigration papers.

Under expedited removal, an asylum seeker has an initial short interview with an asylum officer to determine if he has a “credible fear” of return to his home country. This is supposed to be a low threshold screening interview, designed to ensure that anyone with a potentially meritorious claim is not immediately removed but instead gets a full asylum hearing as part of the regular deportation system.

If the asylum officer believes that the person does not have a credible fear, the next step is an often extremely cursory “review” in front of an immigration “judge” — who is actually an executive branch officer employed by the Department of Justice. If the immigration judge agrees, that, according to the government, is the end of the line: The asylum seeker never gets to take his case to any court and is removed “without further hearing or review.”

On behalf of Vijayakumar, the ACLU filed a case in federal court challenging this exclusion of vulnerable asylum seekers from their day in court. The Ninth Circuit Court of Appeals agreed, striking down the limits on judicial review as unconstitutional.

The Habeas Corpus Suspension Clause of the Constitution prevents the government from suspending access to the writ of habeas corpus except in certain extraordinary circumstances involving rebellion or invasion of the country. Habeas has a long and important history, tracing back to England, as a primary check against the government’s ability to detain people without legal justification.

As the Supreme Court has explained, the framers of the Constitution “viewed freedom from unlawful restraint as a fundamental precept of liberty, and they understood the writ of habeas corpus as a vital instrument to secure that freedom.” The Suspension Clause guarantees that this “vital instrument” remains available, even when it is inconvenient to the government.

Looking back on a century of its case law in 2001, the Supreme Court held that because of the Suspension Clause, “some ‘judicial intervention in deportation cases’ is unquestionably ‘required by the Constitution.’”

Applying these precedents, the Ninth Circuit held that asylum seekers like Vijayakumar have the right to federal court habeas review of their expedited removal orders. Acknowledging Congress’s interest and authority over immigration matters, the court nonetheless struck down limitations on judicial review over expedited removal, explaining that the immigration power could not “overwhelm the ‘fundamental procedural protections of habeas corpus . . . , a right of first importance.’”

This decision means that Vijayakumar should finally get what he has so far been denied — a fair shot to establish his case for asylum and secure safety here in the United States. Vijayakumar’s case also has the potential to help other asylum seekers like him, who are denied protection and deported every day without ever having the chance to have a judge look at their cases.

Compounding the problem, the Trump administration has announced plans to expand expedited removal — which is currently limited to individuals apprehended at the border or within 100 miles and 14 days — even further, a move that former immigration officials agree would threaten constitutional rights. That would be one more addition to the long list of many other illegal actions the administration has taken against asylum seekers.

At this moment, the Ninth Circuit’s decision is a particularly critical step towards guaranteeing they get a fair opportunity to seek safety in this country.