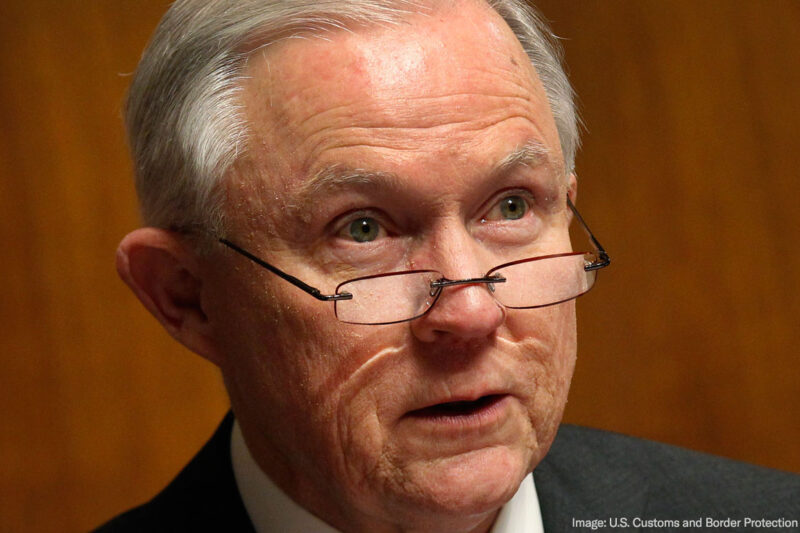 Last week, Attorney General Jeff Sessions announced the latest move in this administration’s increasingly desperate attempts to bully states and localities into colluding with its draconian detention and deportation agenda. Following a brief aside to blame all immigrants for violent crime, homicides, and opioid overdose deaths, he told a meeting of the California Peace Officers’ Association that the Justice Department had just filed a major lawsuit against the state of California.

The lawsuit challenges three state laws passed and signed into law in 2017: AB 450, the Immigrant Worker Protection Act; AB 103, a detention statute that was part of an omnibus bill; and SB 54, the California Values Act. The DOJ claims that these three laws “have the purpose and effect of making it more difficult for federal immigration officers to carry out their responsibilities in California.” In fact, these laws simply ensure that state actors comply with the U.S. Constitution and that local law enforcement’s limited resources are not co-opted for federal immigration enforcement purposes except in certain circumstances.

AB 103 expands state oversight of California’s local detention facilities when they hold people under contracts with ICE because federal oversight of the ICE detention system is woefully inadequate. And AB 450 reinforces the Fourth Amendment’s warrant requirement by requiring employers to see a judicial warrant from ICE before they allow ICE to enter a non-public part of a workplace. The Sessions’ lawsuit details the federal government’s objections to these attempts to limit the harm caused by the deportation force that President Trump has unleashed.

Though SB 54’s requirements are extensive, the Sessions lawsuit challenges only the final three provisions listed above. It claims that they violate the Supremacy Clause by obstructing the federal government’s ability to enforce immigration laws and by discriminating against the federal government.

The government’s other objection to SB 54 is the very reason why SB 54 is constitutional. It argues that the law harms the federal government because it “requires ICE to expend greater time and recourses” to carry out its arrests. But the fact that ICE will have to work harder and expend more of its own resources if states and localities do not assist them with their every request underscores the legality of California’s position.

The federal government is furious at California. But its new lawsuit ignores longstanding Supreme Court precedent. The state’s decision to opt out of participation in Trump’s deportation agenda is sensible and legal. Lawmakers in the rest of the country who similarly adopt pro-immigrant policies should rest easy — Attorney General Sessions is on weak legal ground.