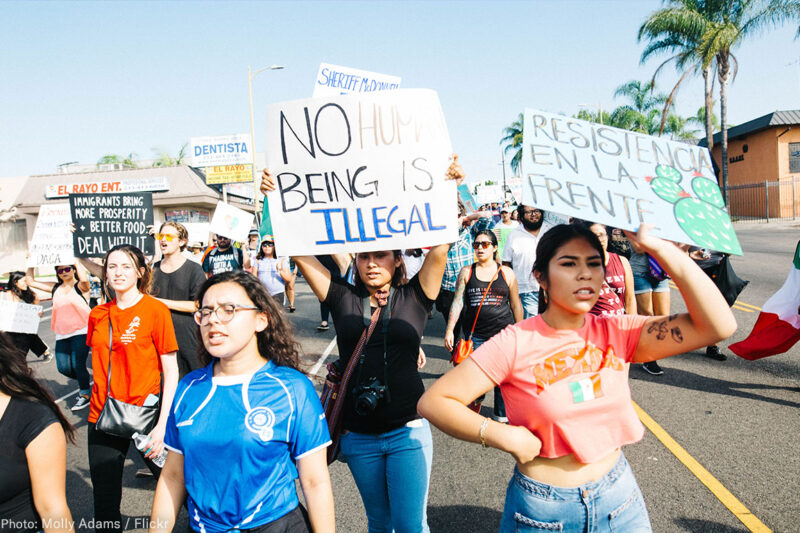 As part of its anti-immigrant agenda, the Trump administration has been revoking Deferred Action for Childhood Arrivals grants based on unproven allegations or minor offenses that should have no effect on whether a person can protected from deportation under DACA. This policy has caused many young immigrants to lose their permission to live and work in the United States with no notice, explanation or opportunity to respond.

But on Monday night, a federal court in Los Angeles put a stop to the practice, ruling that the government violates its own rules and the Administrative Procedure Act when it terminates DACA status without notice or a chance to contest the government’s actions. The APA is a 1946 law that regulates federal agencies and provides judicial oversight over their behavior.

The court certified a nationwide class and blocked the administration from revoking recipients’ DACA status so long as the individuals had not been convicted of crimes that would disqualify them from receiving DACA protection. The court also ordered the government to reinstate those whose DACA status was unlawfully revoked.

The class action case, IEIYC & Arreola v. Nielsen, was brought by the ACLU and the ACLU of Southern California on behalf of the Inland Empire Immigrant Youth Collective and a class of DACA recipients who have had or will have their status unlawfully revoked.

One of the plaintiffs, Jesús Alonso Arreola Robles, is a 23-year-old resident of the Los Angeles area who was working two jobs, as a cook at the famed Chateau Marmont in West Hollywood and as a driver for Uber and Lyft. Mr. Arreola’s earnings helped support his parents, both of whom are lawful permanent residents, and his three U.S. citizen sisters, one of whom has significant disabilities.

He was arrested by immigration officers in February 2017 while driving a customer and falsely accused of trying to help smuggle people into the United States. Even though an immigration judge promptly rejected the smuggling allegation, and he was never charged with any crime, the government revoked his DACA status and did not give him a chance to explain that his arrest was a mistake and never resulted in a criminal charge.

A second plaintiff, Jose Eduardo Gil Robles, came to the U.S. when he was five and has worked as a baker and at a logistics company in Minnesota. In September 2017, he was charged with a misdemeanor for driving on a cancelled license. The charge is still pending, but even if he were convicted, this is not an offense that would result in DACA revocation. Even so, his status was terminated without any explanation or any opportunity for him to defend himself.

Another young immigrant, Jessica Colotl, was a 28-year-old paralegal in Georgia who had her DACA revoked for no reason. The government claimed that she was an “enforcement priority,” but her only criminal history was a seven-year-old conviction for driving without a license, a minor, non-disqualifying offense that the government had been aware of every time it renewed her DACA status in the past.

The total number of DACA recipients affected by the government’s practice is unknown. The Trump administration said it would be too burdensome to look through its records to determine how many people had their DACA revoked without notice. Now, however, it will have to do just that as the first step toward reinstating DACA for those who were unlawfully terminated.

If you believe your DACA was unlawfully revoked, please contact us at DACArevoked@aclu.org.