How Jeff Sessions is Attacking Immigration Judges and Due Process Itself 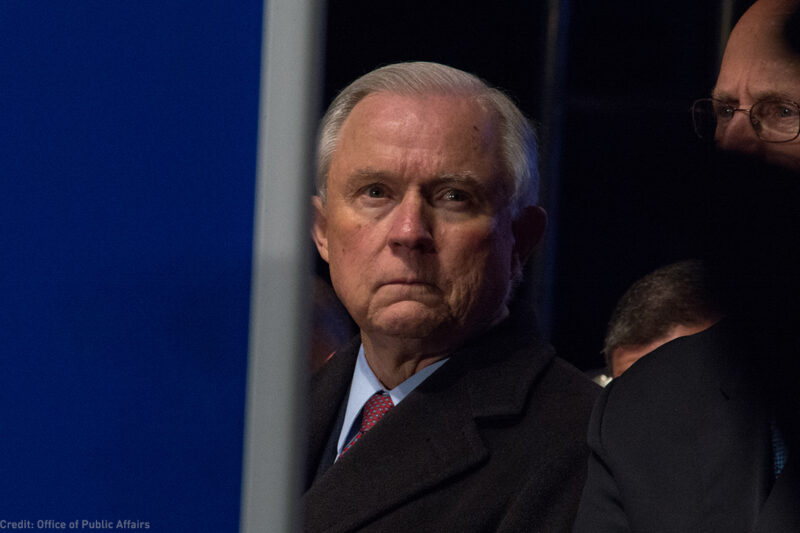 When the government believes that someone should be deported, it usually has to prove its case in an immigration court. And although the immigration courts have long been plagued by due process problems—including the lack of any right to an appointed lawyer, even for kids—those courts have at least held out the promise of neutrality: a neutral immigration judge hears the case, and the losing party may appeal to the Board of Immigration Appeals.

But Jeff Sessions is aggressively working to make these courts instruments of the Trump administration’s immigration agenda. Sessions is exploiting the fact that, unlike other judges, Immigration Judges and the members of the Board of Immigration Appeals are actually the Attorney General’s employees. They are part of a sub-agency within the Department of Justice, rather than the judicial branch. And the Attorney General may—until now, in rare cases—overrule immigration court and Board of Immigration Appeals decisions on his own initiative.

In the past, Attorneys General have used this “self-certification” authority sparingly: under the Obama Administration, for example, this power was only used four times throughout both terms. By contrast, Sessions has self-certified cases six times in less than two years, and has issued five decisions so far.

All of them follow the same pattern: using the Attorney General’s direct control over the immigration courts to deport immigrants in greater numbers and stop them from obtaining relief to which they are entitled by law, by enacting sweeping substantive and procedural changes to the immigration system.

Taking away asylum protections for victims of domestic and gang violence.

In Matter of A-B–, Sessions unilaterally undermined longstanding asylum protections for victims of domestic violence and gang violence. He claimed the authority to overrule decisions not only of the Board of Immigration Appeals, but also of federal courts of appeals. If that sounds like it can’t be legal, that’s because it’s not—and we’re suing to stop asylum officers from using that guidance as basis to wrongfully order the deportation of survivors of domestic and gang violence near the border.

Stripping judges of the power to decide when to end — or even pause — a deportation case.

In Matter of Castro-Tum, Sessions upended decades of immigration court practice by holding that immigration judges lack the power to end a case with so-called “administrative closure.” Administrative closure allowed immigration judges to take cases off crowded dockets when there was no reason for a case to move forward. For example, when ICE tried to deport someone who could get lawful status through a family member, and who was waiting for that application to be approved, an immigration judge could close the case rather than senselessly ordering that person—who would soon have the right to remain in the United States—deported. There are currently hundreds of thousands of cases that have been administratively closed. Sessions’ decision senselessly creates a nightmare in the immigration courts, where dockets—already far beyond their capacity—could be overwhelmed by the recalendaring of those pending cases.

Similarly, in Matter of E-F-H-L, Sessions inserted himself into a long-closed case where an immigrant had a pending application for a green card through his family. Sessions required that the case be reopened, putting the immigrant at risk of deportation, even though he was likely eligible to remain in the country lawfully through his family.

In Matter of L-A-B-R-, Sessions attacked another important way that immigration judges control their dockets and allow noncitizens to seek relief. In that opinion, in an echo of his decision in Matter of Castro-Tum, Sessions specifically made it harder for immigration judges to grant continuances in cases when noncitizens might obtain permission to remain in the United States through a pending application.

In Matter of S-O-G- and F-D-B-, Sessions continued his efforts to require immigration judges to issue cruel and unnecessary deportation orders to noncitizens by limiting immigration judges’ use of termination—another means of closing a case—to extremely narrow circumstances.

While he has not yet issued a decision, Sessions has certified to himself a case concerning the detention of asylum seekers arrested within this country. It has long been settled that such asylum seekers do have the right to explain to an immigration judge why they should not be detained. The Attorney General is now considering whether to eliminate even that basic right, and prevent immigration judges from considering whether to set bond. This decision could harm tens of thousands of people.

It’s no coincidence that the Attorney General has issued many of the decisions hamstringing immigration judges as the same time as he’s ratcheted up the pressure to end cases quickly. In fact, in April, Sessions announced that the Department of Justice would begin setting quotas for the number of cases immigration judges must decide each year. In order to receive a “satisfactory” rating on their performance evaluations, judges will have to clear at least 700 cases a year.

The message is clear: Sessions wants the maximum number of deportations, regardless of whether they are legal.